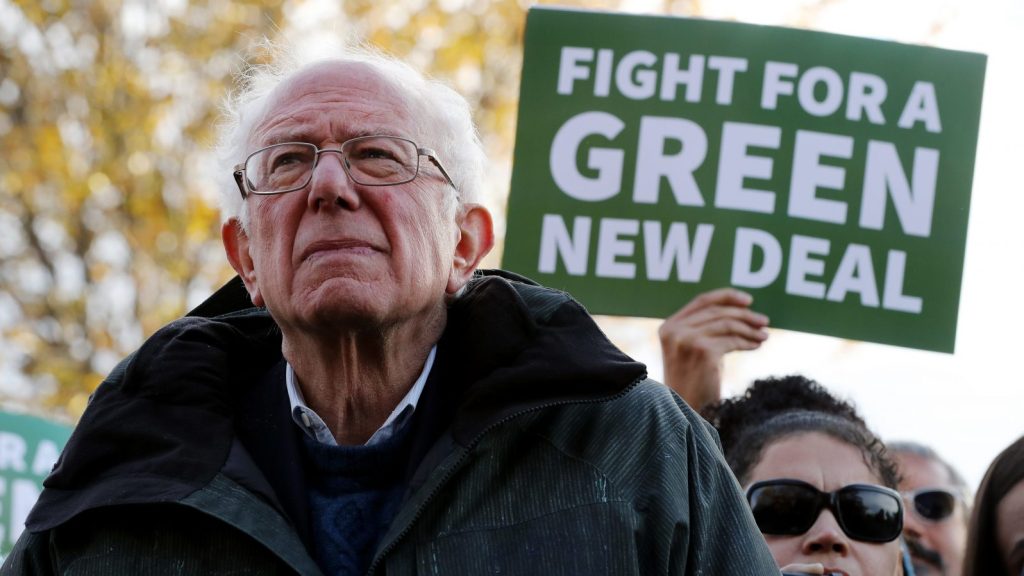 Bernie Sander’s $16 trillion climate plan, which he calls the Green New Deal, would transition the electricity and transportation sectors to renewable energy by 2030, allegedly create 240,000 jobs a year, and essentially nationalize the nation’s power sector. Representative Alexandria Ocasio-Cortez and legions of climate activists have thrown their support behind the proposal, arguing the Vermont Senator is the only candidate in the primary whose climate ambitions are commensurate with the scale of the crisis. What’s not to love?

A lot, according to a bunch of climate scientists and energy economists interviewed by New York Times reporter Lisa Friedman. In a nutshell, those experts say the plan is “technically impractical, politically unfeasible, and possibly ineffective.” Friedman’s sources argue that Sanders’ resolute stance against building new nuclear projects would kneecap his ability to make the leap from fossil fuels to wind and solar. Then there’s the fact that many of the exciting projects he has planned for the American people, like high-speed rail and mass transit, require CO2-intensive resources to build.

The paper of record isn’t the first to question Sanders’ climate plan. “I find it very difficult to imagine that we can reach a completely decarbonized electricity and transport system by 2030, especially if we’re limiting our options exclusively to wind and solar, as well as geothermal,” Nader Sobhani, a climate policy associate at the think tank Niskanen Center, told InsideClimate News. In the Washington Post, columnist David Drehle wrote, “The wall is child’s play compared with the risible fantasy that Sanders has rolled out in lieu of an actual climate change strategy.”

Obviously, experts and pundits can and should criticize a policy proposal on its merits. But what Sanders’ critics miss is that even if it’s impractical or unfeasible, his Green New Deal still serves a political purpose. The plan moves the Overton window, the range of political ideas that the public considers acceptable or mainstream, several notches to the left.

In fact, Sanders has already moved the Overton window on climate. In 2016, Sander’s climate strategy centered around a carbon tax, an idea that his rival, Hilary Clinton, couldn’t even get behind. In 2019, a carbon tax is barely on the menu, not because it’s too ambitious, but because it’s not ambitious enough. The extraordinary evolution of our climate discourse over the past couple of years is, in part, thanks to the groundwork Sanders laid in 2016. (It’s also thanks to Green New Deal champion Ocasio-Cortez, who credits Sanders for inspiring her to run for Congress.)

Sanders has long been adept at shifting the Overton Window. In 2016, Clinton called talk of a single-payer system “a theoretical debate about some better idea that will never, ever come to pass.” Now, more than half of the crowded Democratic field supports some version of it. That’s in large part because Sanders started beating the Medicare-for-All drum on a national stage during his 2016 presidential run. Sanders has also influenced the national conversation around immigration, publicly funded higher education, and, yes, capitalism itself.

His $16 trillion climate plan may not be entirely feasible, but pulling his most serious competitors further left has always been well within Sanders’ grasp. At the end of the day, that may be the most indelible mark Sanders leaves on the 2020 race.