What will happen at tonight’s GOP debate? We have a few ideas 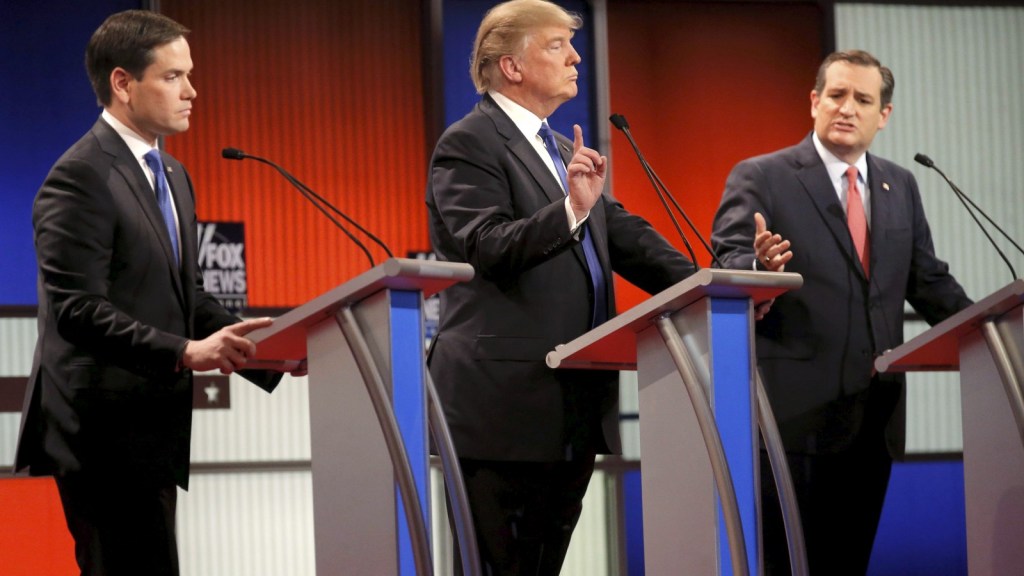 What will happen at tonight’s GOP debate? We have a few ideas

Another day, another presidential debate.

That’s right — there’s another damn debate tonight, the 785th of this primary season. Seems like we have almost as many of these things as mass shootings lately. Tonight’s debate in Miami features the Republicans, which means that while it may be low on substance, there’s sure to be plenty of lies, half-truths, senseless dogma, empty platitudes, and personal attacks. Here’s what to expect:

When asked a question about his immigration proposals, Donald Trump will immediately vow to deport moderator Jake Tapper. “I see that tan, Jake,” Trump will say. “You’re not fooling anyone.”

Ted Cruz will prove his U.S. citizenship by showing off the bald eagle tattoo on his shoulder.

Ben Carson, forgetting he has dropped out of the race, will show up and stand at stage left, blinking. No one will notice. He will later tweet that the debate was clearly a win for the Carson camp.

In an attempt to court the youth vote, Marco Rubio will show up in a Skrillex wig and a jersey reading “Lil Marco.” He’ll take selfies from the podium.

Sarah Palin will ride in to the debate hall on a snowmobile, sit in the front row, and interrupt several times to talk about the importance of abstinence-only education.

Every time a question is directed at John Kasich, Ted Cruz will answer.

Donald Trump will insist that the only time he’s in favor of abortion is when it’s Hillary Clinton being aborted.

When asked about his plan for dealing with sea-level rise, Marco Rubio will point to his shoes and say, “Lifts!”

Ted Cruz will attempt to connect with Florida voters by speaking Spanish. French will come out.

John Kasich will either cry or renounce his party affiliation. Maybe both.

After Marco Rubio’s insistence on fact-checking Donald Trump’s claim there there is nothing “small” about his “hands,” Trump will drop his trousers and say, “Isn’t it the yugest? As yuge as the Great Wall of China, that’s how yuge it is. Just yuge.”

All of America will go blind.