Why the climate needs its own Tea Party 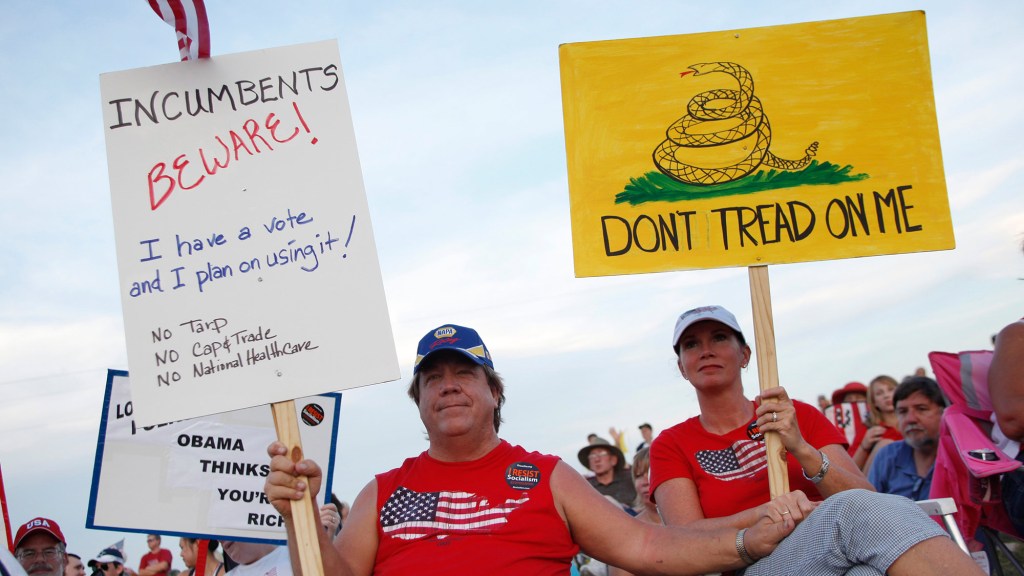 Why the climate needs its own Tea Party

Any Republican who dismays conservatives these days quickly gets disciplined with the threat of being “primaried” — challenged from the right. This is one of the major impediments to (among many other things) legislative action on climate change.

Recall the speed with which Mitt Romney was whipped into line by Rush Limbaugh during the 2012 presidential primaries when Romney dared admit that anthropogenic climate change is real. Or ask conservative but sane ex-senators such as Dick Lugar and Bob Bennett, who have been chased out of office by Tea Party challengers.

The left lacks the infrastructure to make this happen — institutions like powerful talk radio hosts and a national network of grassroots activists eager to oust incumbents over minor infractions. That, too, is an impediment to passing any kind of climate-related legislation. When Democrats side with polluting industries instead of the people, there is typically no primary challenger at all — much less one supported by donors and volunteers from across the country.

Consider the case of Rep. Bill Enyart, a freshman Democrat from Illinois. In the 2012 cycle, he won support from the League of Conservation Voters (LCV) by assuring them that he supports EPA regulation of power plant carbon emissions.

Not anymore. Last week, Enyart signed on as a cosponsor of the Electricity Security and Affordability Act, which would prevent the EPA from fulfilling its obligation under the Clean Air Act to regulate those emissions.

The bill is an overwhelmingly Republican initiative, but a few pro-coal Democrats from Midwestern and Appalachian regions, such as Enyart and Sen. Joe Manchin (D-W.Va.), are giving its sponsors the cover to call it bipartisan. (Southern Illinois, where Enyart is from, has coal mines, and Enyart is co-chair of the mostly Republican Congressional Coal Caucus.)

The League of Conservation Voters is understandably dismayed. On Thursday, it sent Enyart a letter demanding that he return a $5,000 contribution, since he obtained it under false pretenses.

The top priority for the League of Conservation Voters is action on climate change. Your commitment to this issue in the last campaign — and your written assurances to us that you would defend the Clean Air Act — is one of the reasons we chose to support your campaign. But your cosponsorship of HR 3826 has made us question this support.

This legislation is one of the broadest attacks on the environment we’ve seen yet from the Republican leadership in the House of Representatives. It would prevent EPA scientists from doing their job, gut the Clean Air Act, and stop implementation of commonsense safeguards on carbon pollution. This is despite the fact that the Supreme Court has already upheld the EPA’s ability to take action.

Instead of fighting against this legislation, according to recent press reports, you’re actually leading the charge to help it pass. … That’s why we request a refund of our contribution so that we can use our members’ resources to elect leaders to Congress that actually share their environmental values.

The organization cced the Democratic Congressional Campaign Committee (DCCC) on the letter. Neither the DCCC nor Enyart’s office has responded to LCV, nor did either respond to a request for comment from Grist.

So what will this mean? Will Enyart suddenly reverse his reversal and see the error of his ways, as so many Republicans who once supported cap-and-trade did under pressure from their base?

That’s unlikely. If Enyart thinks it is in his political interest to strip the EPA of its lawful authority under the Clean Air Act, $5,000 isn’t going to change that. And while the letter from LCV has been covered by The Hill and the Huffington Post, it’s unlikely to get the attention of many average voters back home.

What could have more power is an energetic primary challenge from the left, attacking Enyart for his obeisance to the coal industry rather than the public interest. With a Tea Party-like national network, such a candidate could raise money from progressives and environmentalists throughout the country. Absent such a cudgel, the environmental movement is almost powerless in protecting itself from Enyart-style sellouts.