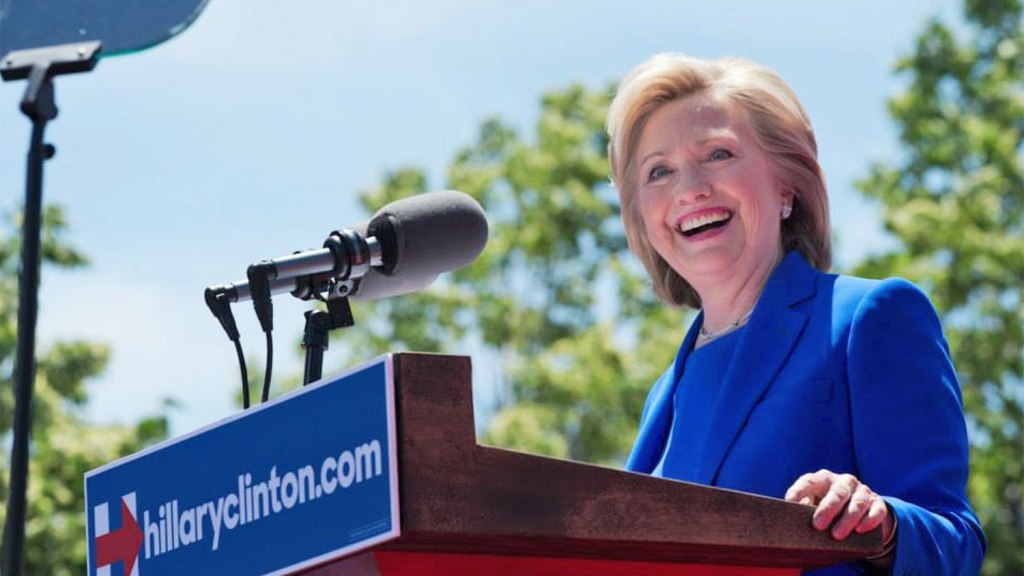 Hillary Clinton’s official campaign launch speech Saturday was largely greeted with yawns from the political cognoscenti. Her theme of economic fairness — highlighted by making her announcement speech in Franklin D. Roosevelt Four Freedoms Park on Roosevelt Island in New York City — has been telegraphed for months, and the speech itself reads like a State of the Union address: a laundry list of center-left policy proposals.

Environmental organizations such as the League of Conservation Voters and NextGen Climate issued statements praising Clinton for highlighting climate change as a priority. Clinton adopted President Obama’s amusing habit of mocking the pathetic Republican “I’m not a scientist” dodge on climate science. Most of her brief climate change section, though, was just the usual feel-good rhetoric about investing in clean energy. It was a subset of her general economic agenda, not a stirring moral call to action to avert climate catastrophe nor a bold new set of ideas. “We will make America the clean energy superpower of the 21st century,” said Clinton. “Developing renewable power – wind, solar, advanced biofuels. Building cleaner power plants, smarter electric grids, greener buildings.”

But then Clinton offered one line that promised better policy on a major climate change issue: raising the U.S.’s scandalously cheap rates of fossil fuel leasing.

Clinton said her administration will use “additional fees and royalties from fossil fuel extraction to protect the environment.” The Obama administration has been giving away leases to extract fossil fuels from federal land for bargain-basement prices far below their market-rate value, and even farther below a price that accounts for the government’s own estimates of the social cost of carbon. It’s basically just a massive subsidy to climate polluters — and the coal leasing program alone costs taxpayers more than $50 billion per year.

Clinton’s pledge to change this seemed to escape everyone’s notice on the left. The environmental groups did not mention it specifically in their statements. Ironically, the pundits who even mentioned it in passing were conservatives. The right-wing Washington Times column criticizing “Hillary Clinton’s socialist speech from ‘Welfare Island’” mentioned it as part of how Clinton would raise revenue, but argued that the cost of higher fossil fuel fees will be passed on to middle-class consumers. The Wall Street Journal editorial page pointed to it as a sign that Clinton is channeling Elizabeth Warren.

Interior Secretary Sally Jewell announced in March that her department will study modernizing its fossil fuel leasing programs to bring them in line with the administration’s goal of reducing climate change. It’s unclear how much the current administration will raise the rates. But it is clear now that if Clinton succeeds Obama, she intends to finish the job.