You’re getting a skewed view of this election 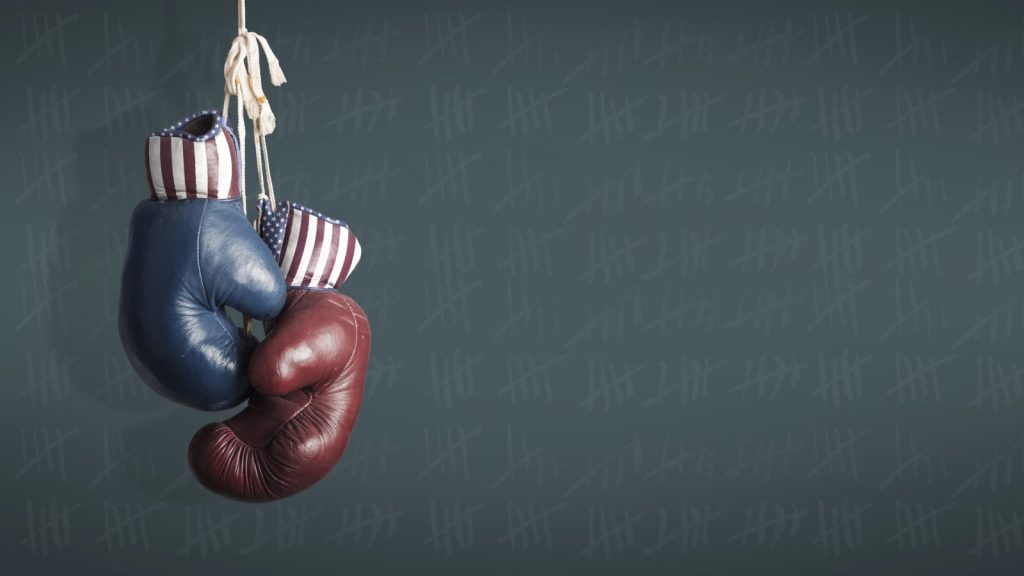 You’re getting a skewed view of this election

If you’re liberal, you probably saw the news that Al Gore campaigned with Hillary Clinton in Florida last week, and they both spoke about links between climate change and hurricanes. (We covered their joint event here at Grist.) But if you’re conservative, you might not have seen that news at all.

According to a survey from the Pew Research Center, 62 percent of Americans get news from social media — a 13 percent increase in the past four years — and our social media newsfeeds are hugely influenced not just by secretive algorithms, but by who our friends are. If your friends (both online and IRL) tend to think like you — and they probably do — your social newsfeeds likely present you with articles and ideas that reinforce what you already believe. And this is never more obvious than during a presidential race.

To demonstrate just how different the information liberals and conservatives absorb through Facebook can be, the Wall Street Journal created Blue Feed, Red Feed, a tool that shows what a very liberal person’s newsfeed might look like alongside a very conservative person’s. Last Tuesday, the tool shows, the imagined liberal might have seen a number of articles presenting a positive view of the Clinton/Gore event, from such left-wing news outlets as PoliticusUSA and MSNBC. The imagined conservative, meanwhile, was more likely to see stories about the Clinton campaign emails released by WikiLeaks, though the red feed did feature one piece from the right-wing Daily Caller that was skeptical of Clinton’s claim that Hurricane Matthew was likely stronger because of climate change.

Liberals and conservatives also got very different streams of news and chatter leading into the second presidential debate. The revelation that Donald Trump bragged about grabbing women’s genitals in a 2005 conversation was the talk of liberal Twitter up to and all during the debate, under the hashtag #pussygate.

Donald had one job tonight – to mitigate the #pussygate.
Of course he failed miserably. #debate

How the hell is Trump going to defeat Isis? By grabbing them by the P*ssy? #debate #Pussygate pic.twitter.com/QTiazbtfyz

#Pussygate, however, was totally absent from conservative Twitter during the debate. What you saw instead was a lot of talk about Bill Clinton’s sexual improprieties. Trump, according to the Fox News broadcast I was watching, met before the debate with four women who had accused the former president of sexual harassment, and then invited them to sit in the audience. Conservative Twitter loved it.

Hillary Clinton you can't deny BILL IS A RAPIST!!
But YOU defended him for self gain & power!
You both belong in JAIL! #debate pic.twitter.com/lmMV4JgwGH

Donald Trump exposed Bill Clinton for being a rapist during the #debate! The women who have been abused by Bill & Hillary deserve justice!

It’s not all about social media, though. The news sources you consciously choose also affect what kinds of stories and storylines you see — and liberals and conservatives choose very different sources.

If you watched coverage of the second presidential debate on Fox News, the TV news channel of choice for many conservatives, you might have left with the impression that Trump, well, trumped Clinton. “He rattled Secretary Clinton on stage and off stage,” said Fox’s Tucker Carlson, arguing that Trump defined the terms of most of the debate. Conservative radio talk-show host Laura Ingraham said, “It might not have been a good night for America, but it was a good night for Trump.”

If you followed the coverage in the Guardian, however, or NBC, CNN, MSNBC, NPR, or the New York Times, you would have learned that it was Clinton doing the trumping — or at least Clinton who had the edge. Guardian commentator Richard Wolffe wrote, “The nicest thing you could say about Trump’s performance was that it was bonkers.” The Times’ David Leonhardt led his debate piece with a 20-point list of Trump’s lies.

Media-sponsored polls, too, show how polarized we are. According to a CNN poll, 57 percent of respondents said Clinton won the second debate. According to a Drudge Report poll, 90 percent said that Trump won. It’s like we’re following different races.

The voting public has become like Congress: hostile to people and ideas that don’t align with our own. According to another survey from Pew, 31 percent of Trump supporters say they have no close friends who back Clinton, and 47 percent — nearly half — of Clinton supporters say they don’t have a single close friend who supports Trump.

But there are things you can do to bridge this divide. Start by stepping out of your echo chamber and seeking news and perspectives from a wider array of voices. Mother Jones recently rounded up advice from media critics on how to do this:

There’s no algorithm that can bridge the chasm dividing the American public, but trying to understand each other a little better might help. You don’t have to change your mind, you just need to open it a little. And the best part: All you have to do is read.