Drought ended the Maya empire. Is California next? 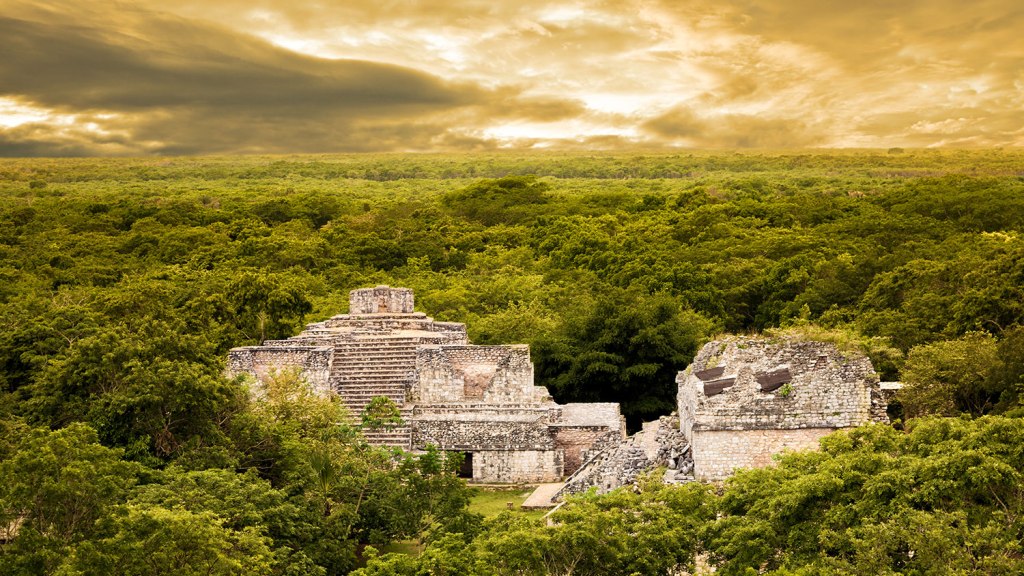 Drought ended the Maya empire. Is California next?

Once upon a time, the Mesoamerican lowlands of Mexico and Guatemala belonged to the classical Maya empire, a civilization on par with what we now call Ancient Greece — which is to say, pretty damn civilized. The Maya built major cities for tens of thousands of people, established complex political systems, industrialized agriculture, and erected two-hundred-foot-tall pyramids and elaborately be-fripperied temples; they knew more about the movements of the stars than their contemporaries in Europe, and they operated a highly organized political administration of offices, tariffs, laws, and punishments that would make any modern bureaucrat proud. (They also practiced regular human sacrifice — but at least they had a lotta heart, amirite?)

And then everything changed. Around 900 AD, the empire collapsed, and their splendid city-states faded into ruin. By the time Europeans made it across the pond, the Aztecs were the new kids on the block and the Maya glory days were a distant memory.

What happened? In a word: drought.

Well, it was probably not just drought — political instability and the odd conquering army may have played a part — but new research is making connections between the Maya collapse and the 200-year-long dry spell in which it took place. And seeing as much of the American Southwest is caught in the grips of the biggest drought it’s seen in decades … well, let’s just say we’re paying attention.

The tricky work of recreating past climates falls to paleoclimatologists, whose job basically combines high-tech chemical analysis and Indiana Jones bushwacking. In one recent study, published in the Proceedings of the National Academy of Sciences last month, lead authors Mark Pagani and Peter Douglas looked for clues to the Maya’s changing climate in the sediment from two lakes in two regions where the ancient Americans lived: one in the historically arid north of the empire, and one in the wetter and more heavily populated south.

Specifically, the researchers sifted through centuries’ worth of digested plant matter layered at the lakes’ bottoms in search of the preserved molecules of ancient, dried-out leaves. Plants lose water through their foliage, and they recoup it through their roots — except in times of drought, when more water evaporates than can be recovered. As such, the waxy molecules of leaves leftover from times of drought look markedly different than those from well-watered ones.

What the scientists found were signs of drought clearly correlated to the timing of the Maya collapse. And where the drought seemed to be most intense, ditto the collapse. While this kind of research — digging into sediment cores or analyzing the chemistry of stalactites — can only track correlations between climate and culture, this study is just one piece of a growing body of evidence that shows how prolonged drought may exacerbate the political instability, war, or population collapse that topples an otherwise robust society.

“The most advanced society cannot prepare for drought that sustained,” says Pagani, a geologist at Yale University. There’s evidence to suggest that the Maya were advanced enough to adapt to an earlier period of drought by moving their agriculture from a water-intensive slash-and-burn technique to industrial-scale system of irrigation canals in the wetter lowlands, managing to keep growing crops even as their water sources dried up. But when a second serious drought hit harder, there was nothing else to be done.

“It’s hard to draw direct parallels,” said Douglas, a Caltech researcher who studies ancient drought while living at the center of a modern one. It’s a mandatory caveat coming from a scientist, because when you leave aside the hard science, it’s not that hard to see parallels between the situation of the ancient Maya and the potential future of California. Both places feature a growing population and an industrializing agricultural system. Both saw a few centuries of wetter-than-average climate prior to a number of escalating dry spells — and both places are vulnerable to natural shifts in rainfall that could easily tilt that average back over into drought.

This is what happened to the Maya: When the drought descended on the region, the areas that had started out drier fared better than the southern population centers, where the drought and the collapse were both more extreme. Douglas compared the two regions of the Maya empire to Los Angeles and San Francisco. Traditionally, the northern Maya settlements (like Los Angeles) saw less precipitation — they were wiped out by the drought, but a few of their cities rebounded afterward. Meanwhile, the more heavily populated south (like San Francisco) had historically worried less about water — so when the drought hit, it knocked most cities out for good.

Which brings us back to today. Even if California’s drought doesn’t last another few hundred years, as some doom-sayers predict, it will leave a mark. “Two hundred years from now, if I took a sediment core from Tahoe, and if I was able to resolve these last 10 years, it would be a stark change,” said Pagani. Water levels have dropped off steeply, farmers are starting to pump groundwater out of aquifers that will take decades if not centuries to replenish.

“We are a modern society, we have tools at our disposal,” Pagani said. California in particular is host to a huge tangle of water infrastructure and policies that bring H2O from the north to the southern parts of the state. In any case, no matter what happens next, “everything is going to change.” California will have to change its expectations about housing, growth, agriculture. The rest of the country may have to figure out how to grow some of California’s outsized share of our nation’s produce needs.

All of this research into ancient and modern drought highlights another fact Pagani notes we’d be wise to pay attention to: When we say that the climate is changing, really we are telling a story about water. He points out that one of the primary differences between a forested state like New Jersey and a desert one like New Mexico is the amount of precipitation both places get. And when temperature increases or decreases, that changes how much water is available, and where.

If global temperature creeps up another couple of degrees, California’s drought could look like the beginning of a very old, very scary story — one we’ve heard before.