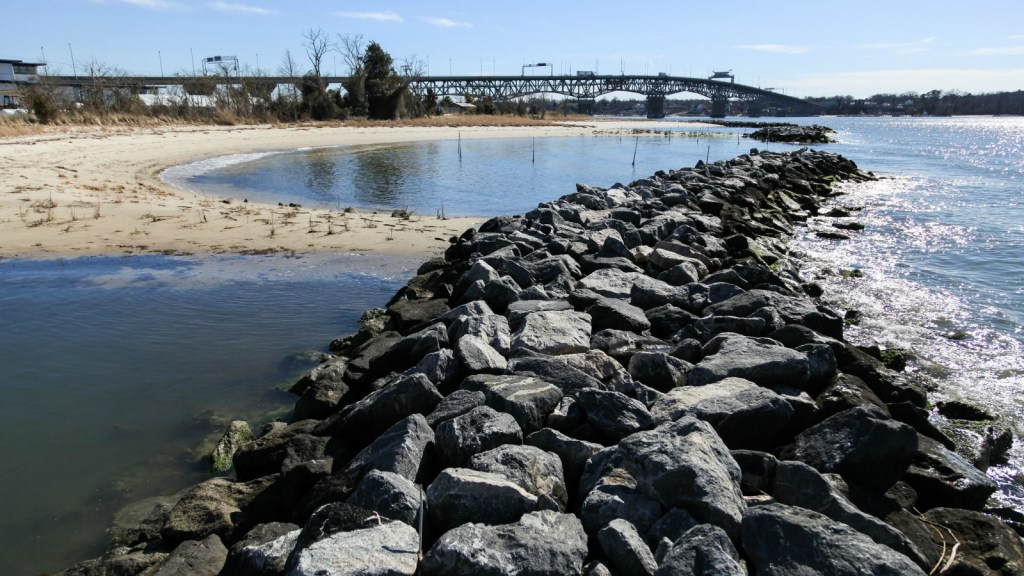 The United States has a wall problem. And, nope, not just the border with Mexico. I’m talking about what the rest of the country borders: the ocean. (No offense, Canada!)

As rising seas begin to creep up our shores, we’re building walls to try to keep the water out. As much as 14 percent of U.S. coasts are already “armored” — that is, built up with hard infrastructure like concrete seawalls. But it’s an imperfect solution. NOAA says that this coastal armor often destroys habitat and causes shorelines to erode even faster.

A better solution might be “living shorelines,” a design that stabilizes banks with a clever use of wetland plants, sand dunes, stones, and other natural elements (such as oyster reefs, coral reefs, or mangroves, when conditions allow).

Living shorelines perform the same function as their concrete counterparts — protecting communities and infrastructure from storm damage and flooding — but come with a few perks. Climatewire recently pointed out that living shorelines are relatively inexpensive, are more resilient to severe storms, and can conserve fish and shorebird populations.

Of course, you can’t plop down a living shoreline on just any old coast. They work best in sheltered tidal areas, like the Chesapeake Bay, the Puget Sound, or the Great Lakes, where violent waves won’t immediately rip everything to pieces.

Thanks to the Army Corps of Engineers, it may soon be a lot easier to build living shorelines in places like these. The organization is considering a measure to shorten the waiting period for a permit from 215 days to a more reasonable 45.

Let’s hope that happens, because if we keep walling up our shores unabated, nearly a third of U.S. coastlines would be armored by 2100. And that, folks, is how we kill two shorebirds with one stone.