Gravitational wave discovery gives us reason to save humankind, I guess 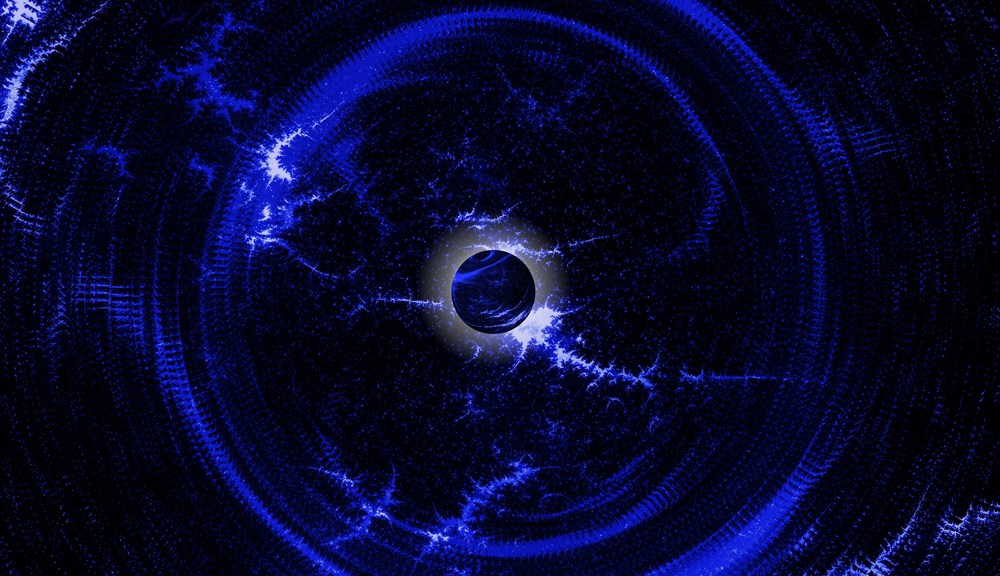 Gravitational wave discovery gives us reason to save humankind, I guess

So by now you’ve probably heard that scientists just detected gravitational waves for the first time. And you’re asking yourself: What does this have to do with climate change?

Well, my friends, this has everything to do with climate change. Let’s start from the beginning. About 1.3 billion years ago in a far off corner of the universe, two massive black holes hurling through space at millions of miles per hour crashed into each other in an event so mind-blowing and violent that it can only be described by one word:

The black holes had been trapped in a death spiral for a while when the final showdown happened. It took under a second and resulted in an even bigger black hole, with the mass of about 62 suns. (It also released a huge burst of energy that will become important later in this story.)

Meanwhile, here on Earth, things were getting very interesting. Life had already evolved, but it was mostly simple stuff like bacteria, plankton, and algae. Fast forward a few hundred million years, though, and we start to get crazy things like trilobites, mollusks, and early starfish. Then the Great Dying happened, and most species went extinct. Dinosaurs, mammals, birds, and reptiles came next, and — one mass extinction later (R.I.P. Littlefoot) — apes, hominids, and anatomically modern humans arrived.

Which brings us to Albert Einstein. 100 years ago, this prime specimen of evolution turned to his fellow humans and was like, “Hey, everyone — I’m pretty sure that space and time are woven into an invisible fabric that permeates the universe and bends in response to mass and energy. And what we think of as gravity is actually the curvature of spacetime guiding us as we barrel through space.” He called it his theory of General Relativity, and people were like:

According to Einstein’s theory, we fall toward Earth not because some ghostly force is pulling us down, but because Earth is so massive that it morphs the space around it. It’s like if you were Earth, and your couch was spacetime, then all the crumbs that accumulate on the depressed part of the cushion around your butt would be the people, trees, and buildings accumulated on Earth.

The mathematics of General Relativity also predicted that certain events could send ripples through spacetime like waves on water. These so-called gravitational waves would travel through the cosmos at the speed of light, stretching space in one direction, while contracting it in another. The idea was pretty out there, and on this point, even Einstein was a little shaky.

Fast forward again to the 1980s — past flappers, A-bombs, food molds, and funk — when gravitational waves are still an open question. Physicists are pretty sure they exist, but none have been detected, so a few of those physicists decide to figure this out once and for all.

The plan was to shoot lasers down two vacuum tubes oriented in the shape of an “L.” The tubes would be 2.5 miles long, and at the end of each, there would be a mirror that would reflect the lasers back to their starting point. Sans gravitational waves, those lasers would cancel each other out upon meeting. With gravitational waves, they would fall slightly out of sync due to the jiggling of spacetime. And by “slightly,” I mean basically not at all. From The New York Times:

The researchers calculated that a typical gravitational wave from out in space would change the distance between a pair of mirrors by an almost imperceptible amount: one part in a billion trillion. [Rainer Weiss of the Massachusetts Institute of Technology] recalled that when he explained the experiment to his potential funders at the National Science Foundation, “everybody thought we were out of our minds.”

As Scientific American put it, we’re talking a change in distance equivalent to the size of a soccer ball, compared to the Milky Way. Which means anything from a passing plane to a gust of wind to even a cough could mess with this experiment.

Still, scientists built one detector in Louisiana and one in Washington state, and by 2000, the Laser Interferometer Gravitational-Wave Observatory, or LIGO, was ready for prime time. But for the first ten years, the detectors found nothing. Scientists then spent the next five years making the thing even more sensitive, and then last September, shortly after the experiment got back up and running, BAM! (Or more like: chirp.) It detected a wave.

This wave — a long-awaited confirmation of Einstein’s famous theory — came from the very black hole collision that began this story. It emanated from that burst of energy (remember the energy?) that escaped the crash. It’s been barreling across the universe for the last billion years, and we just happened to catch it as it passed by.

So what does this have to do with climate change?

Simple: This whole story — everything from the black hole death spiral to the birth of General Relativity to the laser detector sensitive enough to measure a deformation in spacetime the fraction of the width of a proton — is so fucking amazing that if we don’t live on for centuries just to keep telling it, then screw everything and everyone.

We’ve done too much, come too far, and have too much left to do to let stupidity, laziness, and greed wipe us out. There are aliens to find, cancers to beat, robots to build, and SO many shows to watch on Netflix. So let’s all celebrate this incredible discovery and then save this damn planet. Because I, for one, can’t wait to see what happens next.