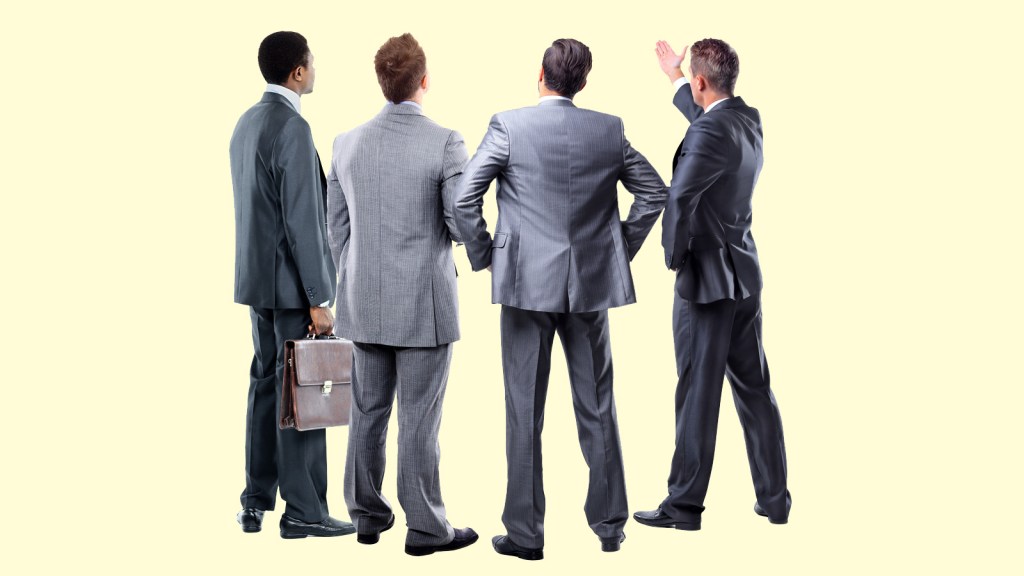 Politico surveyed anonymous political insiders — “a panel of activists, strategists and operatives in the four early-nominating states” — about whether the candidates’ views on climate science could affect the presidential election. All the major Republican candidates deny the scientific consensus on human-induced climate change. The two Democrats, Hillary Clinton and Bernie Sanders, accept the science, call for reducing carbon pollution, and are fighting over who has the stronger climate action plan. Most Americans, including pluralities of independents and moderates, also accept climate science and support regulating carbon pollution.

“Climate change is simply not a front-burner issue to most people,” said one South Carolina Republican, who, like all respondents, completed the survey anonymously.

Another South Carolina Republican was blunter: “‘I really like their jobs plan, but, boy, I don’t know about their position on climate change,’ said no blue-collar swing voter, ever.”

One Nevada Republican compared the issue of climate change to another topic on which the polls are lopsided, but few voters actually choose candidates on that basis.

“It’s like campaign finance reform,” the Republican said. “Everybody was for it, but few voted on it as a determining issue.”

They are undoubtedly right about that. It’s virtually unheard-of for an issue other than war or the economy to single-handedly determine the outcome of a presidential election. And climate change doesn’t even rate highly among second-tier issues. Just look at the polls if you want to get depressed about how few Americans list climate change, or any environmental issue, as their top concern. It ranges from 1 to 3 percent, and those voters are probably all Democrats anyway.

But these GOP operatives might be thinking too narrowly. Working-class voters are not the only possible swing voters. There are also college-educated, usually more affluent, swing voters. Concentrated in the suburbs of major cities, they used to constitute the moderate wing of the Republican Party. Now there is no moderate wing, and those voters are either Democrats or independents.

The perception of Republicans as backward, ignorant, and anti-science is a liability among these voters. That’s why many suburbs in crucial swing states have become bluer. Consider Pennsylvania, which has maintained its slight Democratic lean even though central and western Pennsylvania have become more Republican over the last 20 years. During the same period, that trend has been offset by the Philadelphia suburbs voting steadily more Democratic. Nate Silver wrote in The New York Times in 2012:

The Northeast corridor — stretching from Philadelphia’s suburbs in the south up through the Lehigh Valley and into Scranton’s Lackawanna County — has become more left-leaning over the past two decades. Part of the shift toward the Democratic Party, particularly in the Philadelphia suburbs, has been driven by women, as the Republican Party became increasingly associated with social issues like opposition to abortion and same-sex marriage. The realignment occurred throughout the Northeast and New England … white college graduates and minorities — groups that skew Democratic — have increased as a share of eligible voters in the Philadelphia suburbs, the Lehigh Valley and the Harrisburg-York-Lancaster region in south-central Pennsylvania.

Virginia and Colorado used to lean Republican, but rising diversity and an increasingly well-educated populace in the suburbs of Washington, D.C. and Denver allowed President Obama to carry them twice.

This is not mostly about climate change. It reflects a larger divergence between the two parties, starting with civil rights and women’s rights in the 1960s and ‘70s, and continuing to this day with issues such as abortion, gay rights, access to contraception, embryonic stem cell research, education funding, and the environment. It’s basically the flip side of the social wedge issues that have driven working-class whites in the South and Appalachia away from the Democratic Party.

For most of the last half-century, this division benefited Republicans. But the ranks of non-white voters and college-educated voters has grown into a majority: the Obama coalition.

As the Republican National Committee acknowledged in a bracing postmortem on the 2012 election, Republicans are widely perceived as intolerant or uncaring by young people and non-whites. They have to make some inroads among these voters to win presidential elections. The RNC has launched outreach programs aiming to win them over.

But that won’t be easy. As I wrote in a piece last year, younger, more educated, urban, and non-white voters have some negative images of Republicans: That they are know-nothings who reject science, that they are selfish, greedy, or in the pocket of big business, and that they are old and out of touch. And Republicans’ response to climate change reinforces all of those assumptions.

The Politico survey, which only included people in the early-voting states, is tilted toward Republican operatives who are less attuned to these problems. The first four states in the primary race are Iowa, New Hampshire, South Carolina, and Nevada. Just as that skews the presidential nomination process against environmental progress, so does it skew this survey. Except for Nevada, those states are more rural than the nation as a whole. None are home to major knowledge-economy cities. The South Carolina Republicans are surely right that blue-collar South Carolinians don’t care about climate change. White-collar Coloradans, Pennsylvanians, and Virginians, however, are different people with different priorities.

Climate change alone won’t determine how they vote either. But it is part of the package of issues that leads them to view Republicans with skepticism. That’s why Colorado Republican Sen. Cory Gardner misleadingly claimed to support wind energy during his race in 2014. That’s also why Tom Steyer’s NextGen Climate ran ads against targeted climate science deniers that tied their positions to negative perceptions about Republicans: that they favor powerful corporations and rich individuals — like the fossil fuel industry and the Koch brothers — and that they are ignoramuses.

There isn’t much evidence yet that those attacks have swung any elections. The fact that President Obama, Clinton, and Sanders all mock Republicans for denying climate science might suggest that they think it could peel off moderates, or it might just be a way to feed red meat to their base. But if Republicans think that they don’t have a science problem, then they haven’t been paying attention.