How climate change is screwing up your favorite season 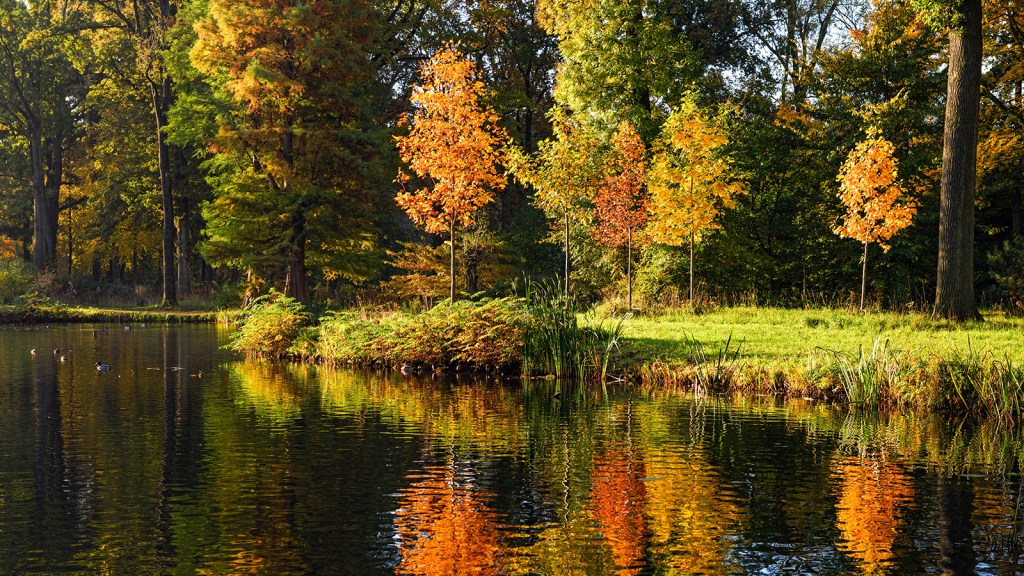 How climate change is screwing up your favorite season

It’s officially fall. If you live in many parts of the United States, that means trees gilded with reds, golds, and ochres; a sneaking chill in the air; and warm, amber days yielding to nippy evenings. Everything smells like potpourri, crunchy leaves, and a tinge of smoke.

Enjoy the idyllic autumnal days while they’re still around. Recent evidence indicates climate change might zap everything colorful and crispy out of fall. While scientists can’t exactly predict what future falls will look like, research indicates big changes are coming.

Think this year’s presidential candidate Halloween costumes are scary? Here’s a glimpse of why fall is about to be a ghost.

Yes, there is something in the air: smog

It’s hard to go apple picking when you can hardly breathe. In August, researchers at Georgia Tech released their findings that poor air quality may begin to bleed into autumn in areas of the southern U.S. The team investigated the cause of several unexpected October peaks in ozone — aka smog.

Usually the Southeast’s summer months are the smoggiest, leading to public health warnings on dangerous days. But the Georgia Tech researchers found that as drier weather and high temperatures stick around through fall, smoggy days could persist as well. Water-stressed trees release higher levels of the organic compound isoprene, which reacts with pollutants to form smog.

Yuhang Wang, an author of the study, says the results are bad news for public health. “The more dramatic issue,” Wang adds, “is that there are probably other types of air quality extremes that we have not looked at that are affected by climate change.”

Take it or leave it

Better plan that countryside drive now, folks. In the Northeast, arguably the sparkliest jewel in the U.S.’s autumnal crown, foliage seasons could get shorter.

Yingying Xie, a postdoctoral research associate at SUNY-Buffalo who focuses on plant responses to climate change, says the foliage season could change in length, timing, and brilliance. According to Xie, ideal fall conditions — warm days and cold nights — yield dazzling colors. But increasingly common drought and high heat may cause trees in the Northeast to change color — and drop their leaves — earlier. Trees change their leaf color because they are sucking up their own chlorophyll, leaving behind yellow or orange. Losing leaves too early is bad for nutrient storage, as well as our viewing pleasure.

When modeling autumns through the end of the century, Xie and other researchers also conclude different areas of New England could see the season start at different times. “People are going to have a plan to go enjoy the fall foliage,” says Xie. “Based on the more extreme weather events, we’ll probably have a shorter period to enjoy the view.”

It gets worse: the red leaves that complement fall’s oranges and yellows are also potentially imperiled. Trees produce red anthocyanin pigments to protect leaves as chlorophyll dissipates. Studies show trees in low-nitrogen soil produce more anthocyanins to keep leaves long enough to suck up as much of the good stuff as possible. But in our future world, one where cars have spewed higher levels of nitrogen into the air and agriculture has sown it in soil, fall’s bright pops of red may diminish.

Last year, pumpkin-pie lovers everywhere got a taste (or, the opposite really) of what climate will mean for their beloved dessert. Libby’s Pumpkin, a branch of Nestlé which produces 80 percent of the world’s canned pumpkin, faced a production crisis after high precipitation rocked the Midwest. The 2015 harvest was half its usual volume. The high rainfall in pumpkin paradise was unusual, but soon it will be less so. The National Climate Assessment indicates spring precipitation in the Midwest could increase by 10 to 20 percent above 1971-2000 levels by the end of the century, making every year a potential pumpkin disaster.

There is some good news: According to Libby’s Roz O’Hearn, the 2016 harvest looks bountiful and they’re currently building up pumpkin inventory. Let the pumpkin spice backlash begin.