Kenya is on the brink of approving GMOs 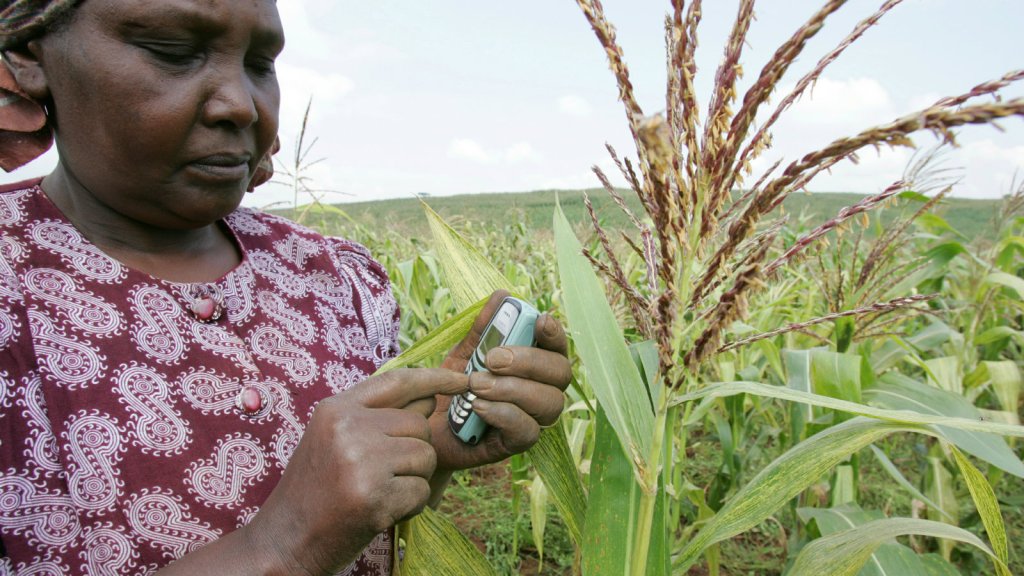 Kenya is on the brink of approving GMOs

As a journalist who recently moved to Kenya, I’m constantly reminded that few things are as important to Kenyans than corn. I was not surprised to find out that Kenyans eat more corn than almost any other national population on the continent – about 194 pounds per year.

“Some Kenyans will say they haven’t even eaten if they haven’t had ugali [a popular maize-based dish],” says Felister Makini, deputy director general for crops of the Kenya Agriculture and Livestock Research Organization, KALRO, which put in the application for field trials of the GM maize. Ugali is almost as much a source of national pride as Kenya’s wildlife. Indeed, when I — an American expat — tell Kenyans that I don’t (gasp) like ugali that much, I receive looks like I had just said I’d rather eat my own foot.

Ugali is simply corn flour boiled in water until it turns into dough. To eat it as millions do at home or in roadside stalls, simply scoop the warm paste with your right hand, roll it into a spongy ball, create a crater in the middle with your thumb and dip it into your choice of meat or veggie sauce. In Kenya, ugali is usually mixed with cooked sukuma wiki (essentially kale), which adds flavor to the otherwise bland and odorless ugali.

Ugali is also cheap. Any increase in the price of this staple would cause a culinary upheaval, and food shortages at worst. The East African nation home to 44 million is mostly semi-arid. Droughts seem to be growing worse as climate change increases extreme weather events. A recent study estimated that climate change would make it hard for farmers to continue harvesting corn in nearly a third of maize-producing areas in Sub-Saharan Africa by the end of the century. Proponents of GMO legalization in Kenya say that the technology will improve food security and the economy in a country that relies on agriculture for one-third of its Gross Domestic Product. The National Biosafety Authority, which granted the field trials, has also voiced its support for lifting the ban.

Others couldn’t disagree more. Peter Mokaya, director of Kenya’s Organic Consumers’ Alliance, says that genetically-modified crops are bad for farmers, for eaters, and for the environment. As evidence, Mokaya cites a study by a French professor Gilles-Eric Séralini, which initially seemed to show that GMO consumption caused grotesque tumors in rats. That study led Kenya to ban genetically-modified imports in 2012, but it was later retracted. When a revised version was republished, it showed no association between GM feed and tumors, but pointed to kidney problems. This was one small study: Comprehensive reviews of the science, that look at epidemiological comparisons of health in countries where GMO crops are common and countries where they are banned, have found no evidence of health problems.

For its part, the United Nations Environment Program, back in 2008, warned that allowing a multinational to hold the patent on a popular seed may reduce agency for farmers to experiment, in turn possibly decreasing food security. David Ngige has farmed corn and other vegetables like sukuma wiki (kale) in Nandi County, in Kenya’s fertile Rift Valley, for the last 20 years. Ngige has 50 acres of farm in an area known for its rolling green hills and world champion long distance runners. He says losing control over the seed to a multinational corporation is one of his “biggest fears.”

KALRO’s Makini says that farmers will not be forced to use genetically-modified crops. “It will simply be another option,” she says.

Herald Rugutt, 50, is a soft-spoken farmer with about 10 acres of maize, and a few acres of tea, near Ngige’s farm in Nandi County. He’s been farming for the last 20 years, both for subsistence and commercial use. He plans on using the GM seed alongside non-GM seed. The former, he says, will be used for export while the latter for subsistence.

The Rift Valley is not drought-prone, but if the drought-resistant corn gains approval it could open the door to other varieties. Farmers in Nandi, and across Kenya, have had problems with maize lethal necrosis disease, a combination of two viruses that can kill off an entire crop, and KALRO is in discussion with foreign universities to develop a lethal necrosis disease-resistant corn.

The Biosafety Association’s approval doesn’t mean Kenyans can sell or grow the corn: It just greenlights testing. But if the trials go well, Kenya could become the fifth African country to legalize GMO crops. That would please Richard Oduor, a senior lecturer at Kenyatta University, who is training a new generation of Kenyan crop biotechnologists — an unfeasible career under the existing laws.