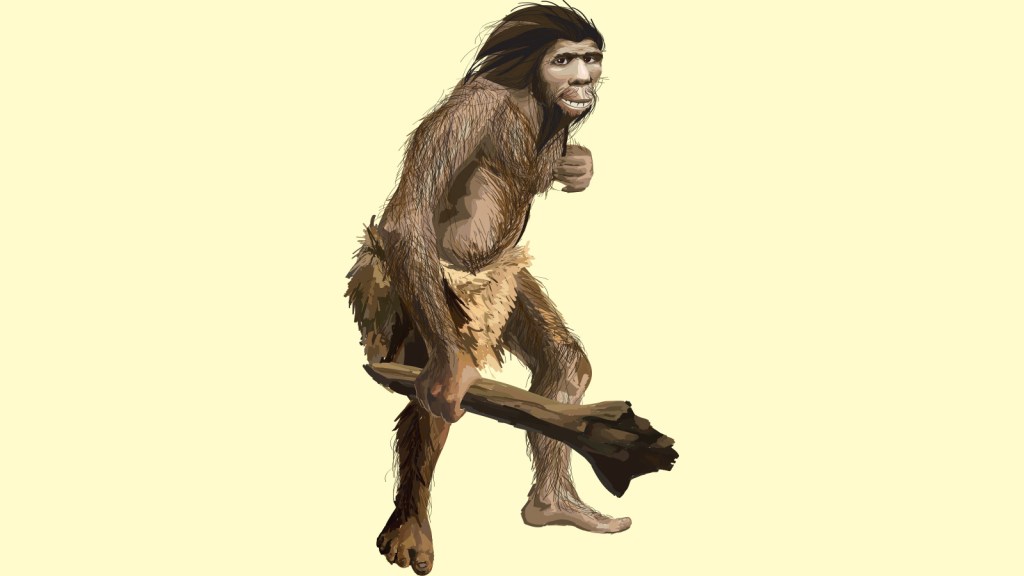 Despite the popularity of the protein-heavy, carb-light paleo diet — which purports to replicate the nutriment of our ancient ancestors — it turns out that carbs likely helped humans evolve into the large-brained geniuses we are today, according to a study published in The Quarterly Review of Biology. This may come as a surprise to paleo diet aficionados — and less so to anyone’s who seen a gaggle of Crossfitters making gorilla grunts and tossing kettle balls.

Cooked meat provided increased protein, fat and energy, helping hominins grow and thrive. But Mark G. Thomas, an evolutionary geneticist at University College London, and his colleagues argue that there was another important food sizzling on the ancient hearth: tubers and other starchy plants.

The development of cooking tubers and other starchy plants made them more digestible and led to an instrumental shift in human development. So we can thank French fries for our ability to do calculus and write novels entirely in emoji. The Times explains:

Our bodies convert starch into glucose, the body’s fuel. The process begins as soon as we start chewing: Saliva contains an enzyme called amylase, which begins to break down starchy foods.

Amylase doesn’t work all that well on raw starches, however; it is much more effective on cooked foods. Cooking makes the average potato about 20 times as digestible, Dr. Thomas said: “It’s really profound.”

Cooking would have made wild tubers much more nutritious to humans, he noted, “which is not to be sniffed at, especially if you’re a very hungry Pleistocene hunter-gatherer.”

Basically, had our ancient ancestors spent all their time munching on gazelle bones instead of cooked starches, our species would have remained much like the neanderthals yelling about burpees outside your gym. A big thanks to our ancestors for throwing those tubers over the fire. Now, pass the French fries. I’ve got math to do.