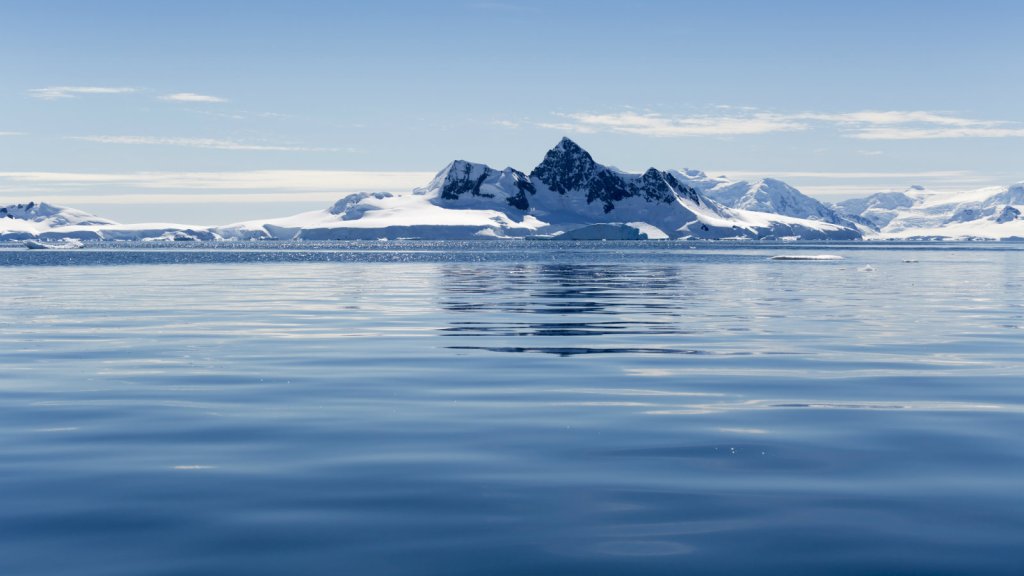 Here’s a crazy idea: Let’s pump massive amounts of ocean water onto the surface of Antarctica, where it’ll freeze and save scores of coastal Bangladeshis, Floridians, and Ivory Coasters alike from devastating sea level rise. And guess what? Scientists have already worked out the details.

Now, before you go grabbing your anti-geoengineering picket gear, know that the aforementioned scientists have concluded that this is a pretty terrible idea — and they more or less say so in the latest issue of Earth Systems Dynamics. Still, it’s an interesting thought experiment, so let’s dive in.

First, why Antarctica? Why, because it’s uninhabited and freezing, of course — the perfect spot to dump a bunch of water in the form of snow, where it’ll remain safely solidified, out of sight and out of mind for a while. (Of course, that “for a while” is important.)

Second, why go to all this trouble when it’s probably easier to stop emitting greenhouse gases in the first place? Well, we’ve already committed to sea level rise, whether we’re willing to admit it or not. Emissions have bumped global temperatures up by about one degree Celsius over the past two centuries — and even if we cut emissions today, we’re still in for a bit more latent warming thanks to what’s already up there.

Plus, even conservative estimates have us in for a two-meter rise in sea level for every degree of warming over pre-industrial levels — and that’s not even accounting for the additional meters that we could get with the collapse of the West Antarctic ice sheet.

“Fine,” you say, “so we’re in for a rough few centuries, but why not just fall back local adaptation measures like levees and dams?” Because, you silly optimist, the world is a cruel, cruel place, and not everyone can adapt equally. Some coastal regions — limestone-y Florida, for example — aren’t well-suited for levees, and others just don’t have the economic resources. Here’s more from the study’s lead author, Katja Frieler:

“… Local adaptation, for instance building dikes, will not be physically possible or economically feasible everywhere,” Frieler says. “Protection may depend on your economic situation – so New York might be saved, but sadly not Bangladesh, and this clearly raises an equity issue,” she adds. “Hence the interest in a universal protection measure. We wanted to check whether sacrificing the uninhabited Antarctic region might theoretically enable us to save populated shores around the world.”

And check they did — but the results weren’t very promising.

To start, ice on the Antarctic coast is already constantly flowing into the ocean. To avoid accelerating that flow, we’d have to deposit the pumped water about 700 kilometers inland. And we’d want to avoid West Antarctica entirely, of course, because that’s a loose canon that’s threatening to drown us all if we so much as look at it funny.

Then there’s the energy cost of pumping so much water — just one meter of siphoned-up sea level rise is enough water to cover Antarctica in 25 meters, if distributed evenly — so far inland. According to the study, pumping enough water to mitigate the current three millimeter-per-year rise that we’re experiencing would require about 7 percent of the current global energy supply — 7 percent! Wind farms on the Antarctic continent could theoretically provide that much energy, the researchers claim, but the cost of such an operation would be so astronomical that they don’t even venture an estimate.

But even if we did have the cash on hand, this whole operation would probably end up doing more harm than good. All of the pipelines, pump stations, and wind farms would most certainly cause some serious ecological disruption. Plus, removing so much water from the ocean could straight up mess with ocean circulation, according to the researchers.

Oh, and this whole plan would be entirely unsanctioned. From the report:

Needless to say, dumping a fuck ton of salty snow on top of this wild continent would be a direct violation of this international agreement.

And lastly, to really, really kill this scheme once and for all: The researchers point out that all this pumped-up water wouldn’t remain on land forever. It would eventually flow back into the ocean — and at an accelerated rate compared to today. So basically, we’d be “taking out a loan on Antarctica that future generations will have to pay back,” they write.

Hmm … On second though, taking out loans that future generations will have to repay is kind of our thing. Maybe we should run the numbers on that Antarctic wind farm, after all.