There are just 97 of these adorable porpoises left 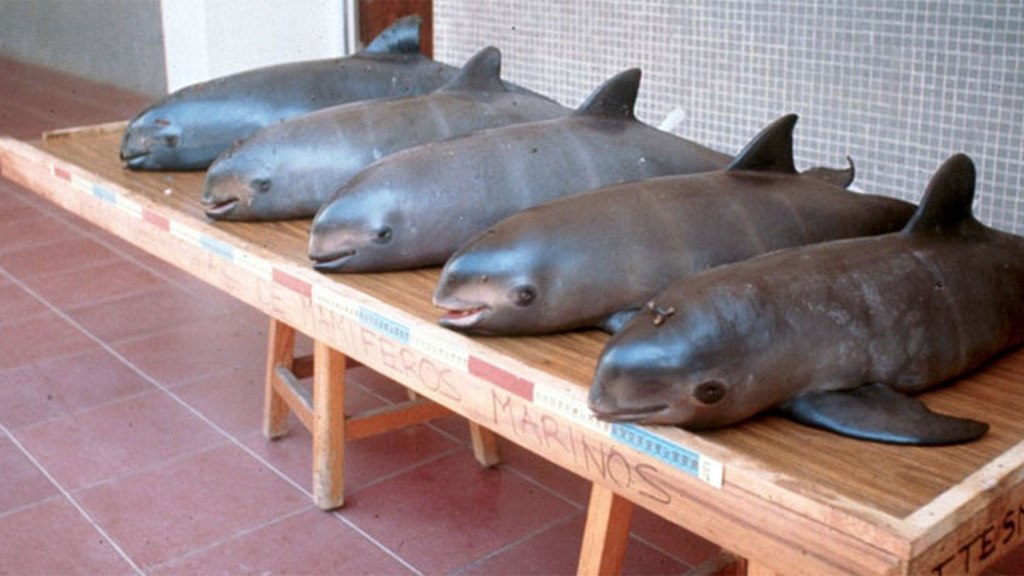 There are just 97 of these adorable porpoises left

Heads up, animal lovers: This is going to be a sad one – sadder than starving sea lions (gasp!), tick-infested moose (the horror!), and even dying penguin chicks (NO!).

The latest addition to the list of dying critters: These adorable vaquita porpoises, which get ensnared and then drown in gill-nets off Mexico’s Gulf of California. Now there are only 97 vaquitas left in the world, The New York Times reports.

Recent data from acoustic monitoring show that the species is declining by an average of 30 percent a year — much higher than the previous estimate of 18.5 percent, which scientists said was the steepest decline of cetaceans on record.

The decline is still going strong despite Mexican government officials implementing a two-year moratorium on gill-net fishing. Some fishermen are still using the nets illegally to catch totoaba fish, a Chinese delicacy. Activists are still fighting for the tiny porpoises, but time is running out.

“I was out there about a month ago and saw blatant gill-net setting within the vaquita refuge,” said Barbara Taylor, a member of the vaquita recovery committee and a conservation biologist with the National Oceanic and Atmospheric Administration.

While there was a strong law-enforcement presence when the refuge was established in 2008, efforts have trickled to virtually nothing in the past few years, Dr. Taylor said. The committee has urged Mexico’s government to increase patrols, including nighttime surveillance, to ensure that gill-net fishing ceases.

“Unless there is nearly perfect enforcement, it’s game over for vaquita,” she said.

You can read more about the vaquita’s sad story here and here. No need to be embarrassed, friend. We’re crying right along with you.