Who is climate change killing this week? 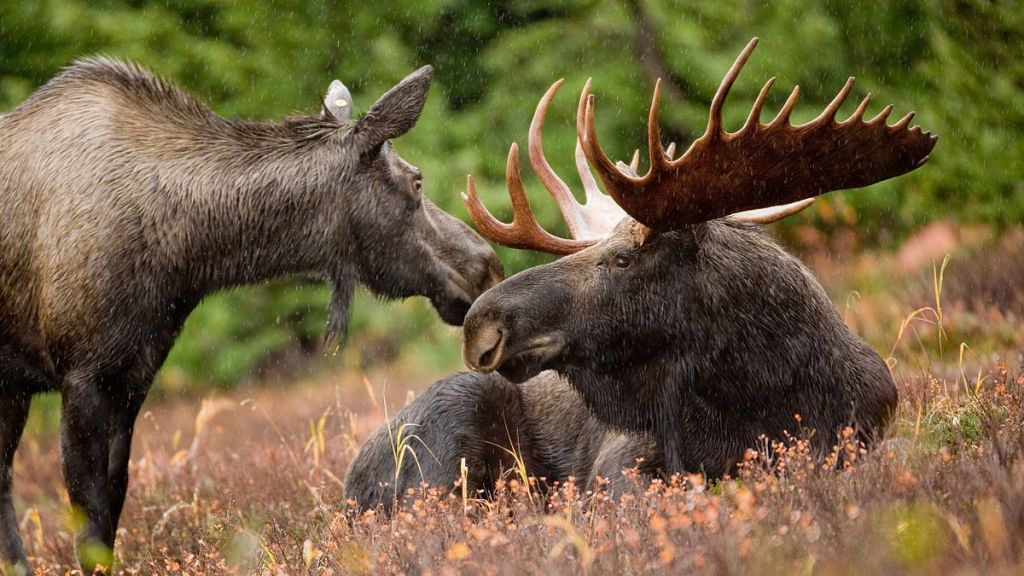 Who is climate change killing this week?

Let’s start with the moose. According to National Geographic, the moose population in New Hampshire went from about 7,500 in the late 90s to about 4,500 by 2013. In Maine, where about 60,000 moose make up the densest moose population in the lower 48, scientists also suspect a decline (although data is scarce).

The culprit? Our old enemy, climate change, which is giving a boost to another old enemy, bloodthirsty ticks, says National Geographic:

The reason is likely climate change, biologists say, which is ushering in shorter, warmer winters that are boosting the fortunes of winter ticks. The tiny creatures latch on to moose here in staggering numbers: One moose can house 75,000 ticks, which are helping to drive a troubling rise in moose deaths, especially among calves.

Warning: Things are about to get horrifying.

When a moose gets covered in ticks, it can turn into something called a “ghost moose” — what National Geographic describes as “an animal so irritated by ticks that it rubs off most of its dark brown hair, exposing its pale undercoat and bare skin. […] With their skinny necks, emaciated bodies, and big, hairless splotches, these moose look like the walking dead as they stumble through the forest.”

And now, in equally devastating news: The National Oceanic and Atmospheric Administration reports that the number of sea lion pups that have shown up stranded on the beaches of southern California so far this year has already surpassed the total number of beachings between 2004 and 2012.

We’ve already covered this tragedy, which is likely due to rising ocean temperatures driving away sea lion prey, but if you want to see how scientists are trying to help these pups, check out the video below from Vice News. In it, marine mammal biologist Colleen Weiler speculates about what’s causing these warm waters:

“It is an El Niño year, but it’s a weak El Niño. it could be a larger ocean cycle thing that we just don’t understand yet. It could be climate change related. That’s the big question — what’s causing these warmer temperatures that’s pushing all the fish really far offshore?”