This company has 400 people hyped to build Elon Musk's hyperloop 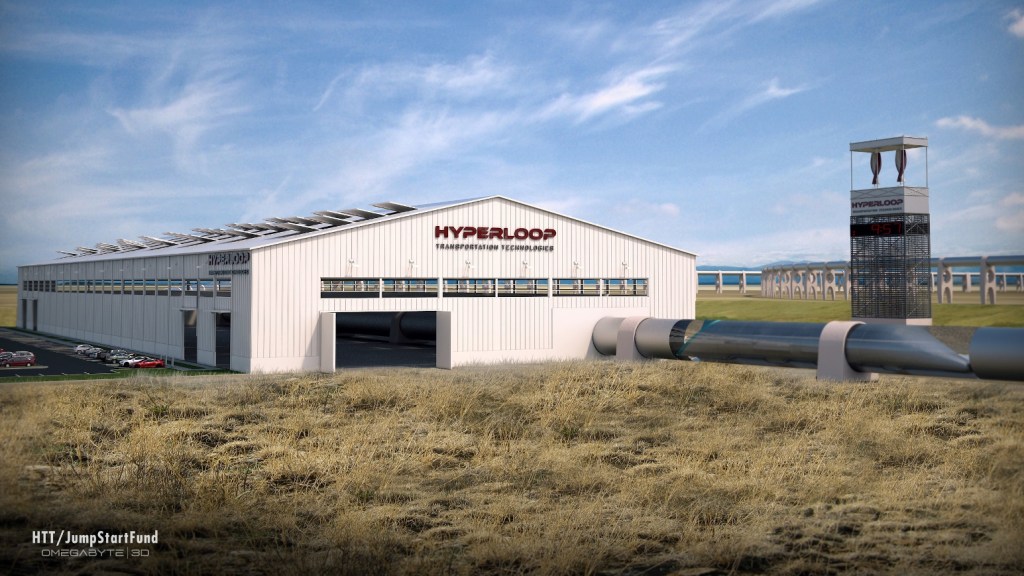 It’s unclear whether Elon Musk is a comic book character come to life, or whether we’re all just comic book characters living in his world on the floor of some middle schooler’s bedroom. Either way, Musk is probably watching from a secret lair right about now, doing some serious Mr. Burns-style finger-tenting and muttering “Eeexcellent” — until an assistant pops in to feed him his latest experiment in food replacement technology.

Earlier today, Hyperloop Transportation Technologies (HTT), the startup that’s trying to build Musk’s proposed Hyperloop — a super fast and super sci-fi-ish people launcher that could (in theory) get commuters from L.A. to San Francisco in 30 minutes — announced three new partnerships with an engineering design firm, a Swiss technology company, and an architecture firm. (Note: The Hyperloop is not to be confused with Musk’s other big ideas: saving the planet with solar power and colonizing Mars.)

HTT CEO Dirk Ahlborn also announced that it now has 400 “team members” from places like NASA, Boeing, Tesla, and SpaceX, who have made minimum weekly commitments to the project in exchange for stock options. The company is planning to break ground on a five-mile test track in California’s Central Valley in May of next year.

Wired spoke with Carl Brockmeyer, the head of business development at Oerlikon Leybold Vacuum, one of HTT’s new partners, about the collaboration:

Oerlikon has put a half dozen employees on the project. They’re simulating how much energy it would take to clear the Hyperloop tube to near zero pressure, and what it would cost. Brockmeyer declined to give exact figures, but says “you will be surprised” by how little energy is required. In fact, he says the energy could be generated by the solar panels and wind turbines Ahlborn plans to erect in Quay Valley. All that aside, there’s another reason Oerlikon signed on.

“I thought, ‘Traveling in a vacuum tube? This is something we should be involved in,’” Brockmeyer says.

Aecom, the engineering design firm that HTT is teaming up with, helped build the Barclays Center in Brooklyn and is currently working on London’s 62-mile Crossrail tunnel. Aecom’s vice president of new ventures told Wired that he thinks HTTs plans are “very realistic.”

Presumably, all 400 people working on the project think the hyperloop is at least somewhat realistic (although we’re still waiting for proof). That is, unless this is all just a coverup for what Musk really wants to build in California’s Central Valley. DUN DUN DUUUUN! Stay tuned for the next issue of … what? If we were all living in a comic book, what would it be called?