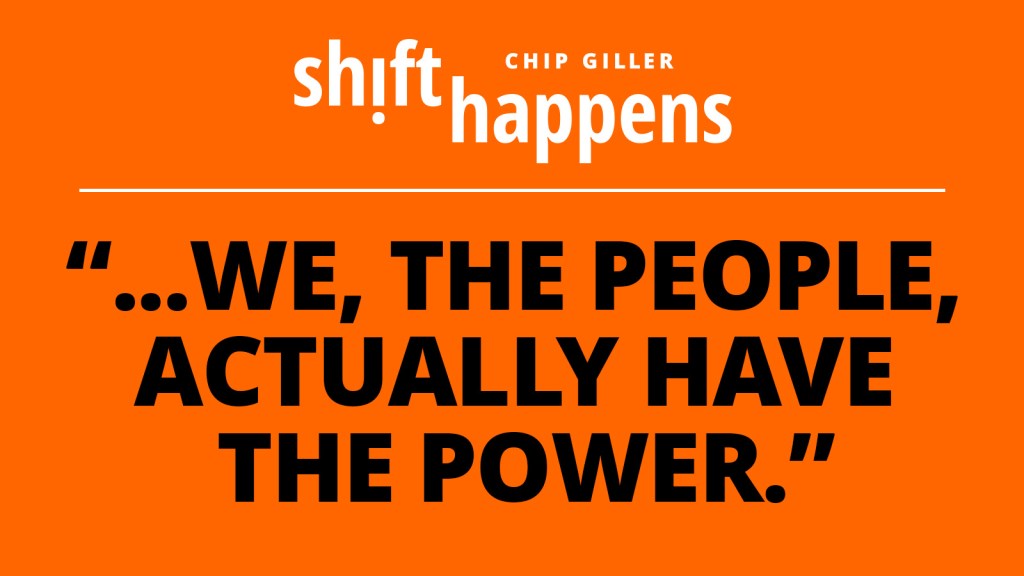 Grist
check this shift out

Sooo … that happened. Donald Trump won the U.S. election and now threatens the progress we’ve all worked so hard to achieve. Does this mean our planet is gonna burn and our future is gonna suck? Many of us are in pain and fear for the future right now. Optimism might as well go on the endangered species list. Great time to kick off a newsletter focused on hope and progress for building a better world, right?

Actually, yes. Because change doesn’t begin — or end — in Washington, D.C. And it doesn’t rest solely on the actions of one person, or even one government. Innovators, artists, activists, cleantech pioneers, community organizers, city and state leaders, and many others across the globe aren’t giving up on the effort to build a better future for all humanity. That’s why Grist is here — to shine our beacon in the smog. To show progress and solutions and bring together the best and brightest to facilitate progress. Shift happens … let’s share it together.

Hence, this newsletter. Feedback welcome. Please bamboozle friends to subscribe via email, too.

5 people you should know

One of the great things about my job: I get to hang out with cool people.

Check out what these five are up to:

P.S. Recently, Team Grist held a dinner in the Big Apple with a bunch of Grist 50 types, including NYC Councilmember Donovan Richards, sustainable fashionista Maxine Bédat, and attorney and community organizer Elizabeth Yeampierre. We like people who are getting shit done. Want to grab dinner soon?

Election Day wasn’t a complete disaster. Floridians cared enough about renewables to vote down a Koch bros-backed initiative masquerading as pro-solar. Seriously, the fight for climate and environmental justice is more important than ever — and a lot of it will shift to the regional and local levels in the United States. Last week, an important oil-producing county in California actually banned fracking — a huge environmental justice win for residents. Soda taxes won big in cities, too. Election Day also saw Seattle and L.A. voters boost public transit like crazy, and Nevada took a big step toward ending a state-wide monopoly on electricity. Yep, cities and states can be home to environmental solutions even in Trump’s America, but only if they dig deeper than canvas totes, and keep high-density development top of mind. (Good job on that, Santa Monica. Tesla, that means you, too!) And in some especially surprising news: Children can sue the feds over climate change. Follow the yutes.

Need perspective on the election and the work moving forward? These books are a start. Got questions for the authors? Shoot ’em to me and I’ll do my mightiest to get answers.

The fight to block the Dakota Access Pipeline continues. Activists on Tuesday held protests around the country and beyond. Keep up with Dakota Access news on Grist and on Twitter.

Have any loose change lying around that you’re itching to put to good use? Big national charities like Planned Parenthood are raking in donations since Trump’s win, and that’s great. But if you want your contribution to reach the community-based groups that need it most right now, I asked around for suggestions.Here are some organizations to consider.

What are your favorite causes that merit special help right now? Zap me with suggestions to highlight in a future newsletter. You can also, of course, donate to Grist.

Listen to stuff by soul singer/climate activist extraordinaire Antonique Smith, especially her take on Marvin Gaye’s “Mercy Me.” What gives her hope after this election? People power, if we use it: Whether it’s in our personal lives or coming together to fight for our futures, our freedom and equality, our right to clean air and clean water, we, the people, actually have the power.

And read this letter from E.B. White. It helps.