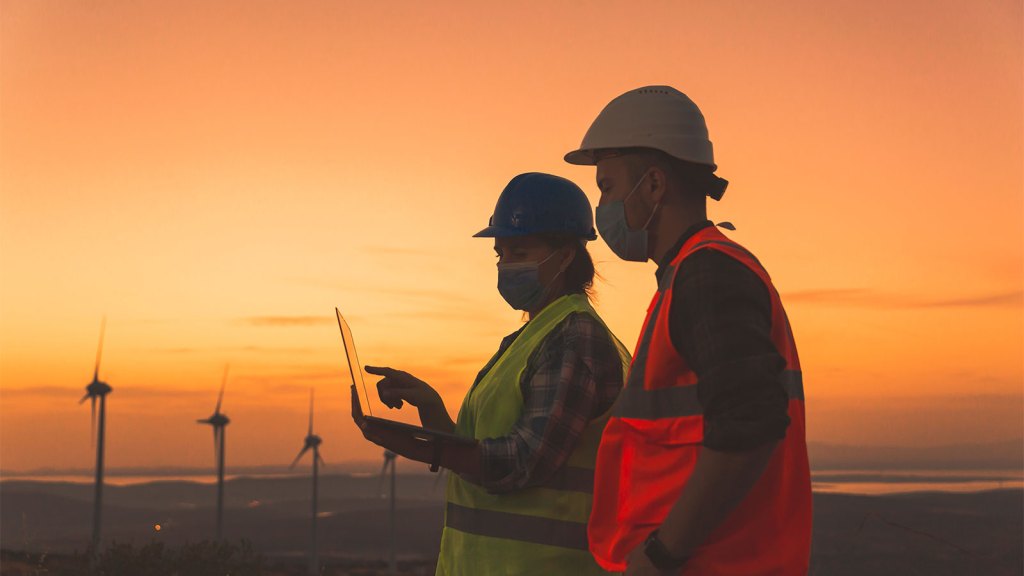 From shutdowns to layoffs to travel restrictions, the COVID-19 pandemic has wreaked havoc on global economies. In the wake of a pandemic-fueled recession, rebuilding the economy should put clean energy at the center. It’s better for our health and that of the climate. It’s better for a more stable economic future. And it’s critical to empowering local communities with good jobs.

To see the potential of the opportunity before us, we only need to look as far back as 2009. When Congress passed the American Recovery and Reinvestment Act — the main piece of legislation following the Great Recession — nobody could have conceived of the ripple effects for clean energy that would follow. Seriously: prior to the Recovery Act, energy watchers expected wind capacity to rise to a little more than 30 gigawatts by 2018. Instead, it reached three times that figure, as illustrated by the steep angle of the blue line in the graph below. Solar capacity, hardly projected to reach one gigawatt, blew past forecasts by 3,000 percent.

It rarely feels so good to be so wrong. But from pipeline cancelations and oil oversupply to soaring projections for renewable investment and plummeting solar prices, the trend toward renewables continues. The energy sector has reached grid parity. When it costs the same to build a new coal plant as it does to stand up a new solar field, we get to choose which one we want — both as a country and as individual utility customers.

At this energy crossroads, the revival of fossil fuels would require a monumental intervention on behalf of a dwindling industry largely responsible for the climate crisis before us. It would involve actively fighting the currents of the market, which are driving fossil fuels outside the realm of profitability. Over the past decade, coal plant owners retired at least 80 gigawatts of generating capacity, as the graph below shows, largely due to competition with natural gas and renewables. It’s not a function of aging infrastructure; coal plants just can’t compete.

In contrast, with market momentum behind them, governments and communities can ride the wave of renewable energy, work toward a just transition for fossil-fuel workers and other community members, and reinvest in the health of our shared environment.

The cost-benefits of clean energy

Coming off of COVID-19, a cleaner energy sector is a cost saver. Fossil fuels cost the U.S. around $240 billion each year in climate and health costs. MIT researchers recently concluded that current renewable energy standards in the Rust Belt would garner $4.7 billion in health benefits in 2030 — $94 per ton of carbon dioxide reduced — mostly as a function of decreased air pollution. Plus, most renewable sources are carbon neutral and safer for their immediate surrounding environment. (As we say around the Grist office, there’s no such thing as a wind spill.)By taking the plunge into clean energy, effects on employment and community resilience are manifold. The past months have highlighted the precarity of so many jobs: At least 40 million Americans have filed unemployment claims since March. When countries invest in clean energy, they invest in jobs, to the tune of about 11 million jobs globally.

And investment is soaring: Global solar capacity now regularly increases by 100 gigawatts annually. (Take a look at the impressive growth highlighted by the graph below!) From construction and installation to manufacturing to operations and maintenance, the renewable sector employed at least 600,000 people in 2018 in the United States.

As the sector booms and capacity rises, prices fall. Since 2010, the cost of utility-scale solar energy has dropped to about $40 per megawatt-hour, a decrease of about 80 percent. As the chart below illustrates, this change in price has been more precipitous than that of any other energy source over the past decade. Wind energy prices, too, have fallen more than 60 percent over the past decade. Over the same timeframe, coal flatlined — with 2019 prices around $110 per megawatt-hour.

Clean energy for all

Ultimately, these prices offer a signal to governments and markets that a better future — one characterized by cleaner energy, cleaner air, cleaner water, and cleaner balance sheets — is far from fantasy.

Just as the 2009 Recovery Act spurred record investment in clean energy, reinvestment and recovery from the COVID-19 pandemic could offer a means for reimagining the economy. Climate-friendly recovery policies (including investments in low-carbon transportation and clean-energy research, as well as direct decarbonization of the grid) would cut emissions and offer what economists know to be great returns on government spending.

Everyone uses energy, which means everyone can pitch in to shift away from fossil fuels. From signing up for community solar to talking to your neighbors about clean energy to leasing your own land for solar farms, there are dozens of ways to get involved in the transition.

You can ask your utility about renewable energy programs: In many states, you can opt into renewable energy to power your home. If you’re a homeowner, you can also seek out solar tax credits. You can choose to patronize businesses that use renewable energy, and you can write your representatives and ask them to prioritize it. Heck, you can build your own microgrid.

At the energy crossroads, you get to pick your path. In a world of so much uncertainty, a little agency feels good.

CleanChoice Energy empowers people and businesses to cut emissions, support renewable energy, and live cleaner lives. Founded in 2012, the company has become one of the fastest-growing businesses in America, as ranked on the Inc 5000 and Deloitte’s Technology Fast 500™. CleanChoice Energy is a Certified B Corporation, a member of the American Sustainable Business Council, and a member of the U.S. Green Building Council. For more information or to become a customer, visit CleanChoiceEnergy.com.