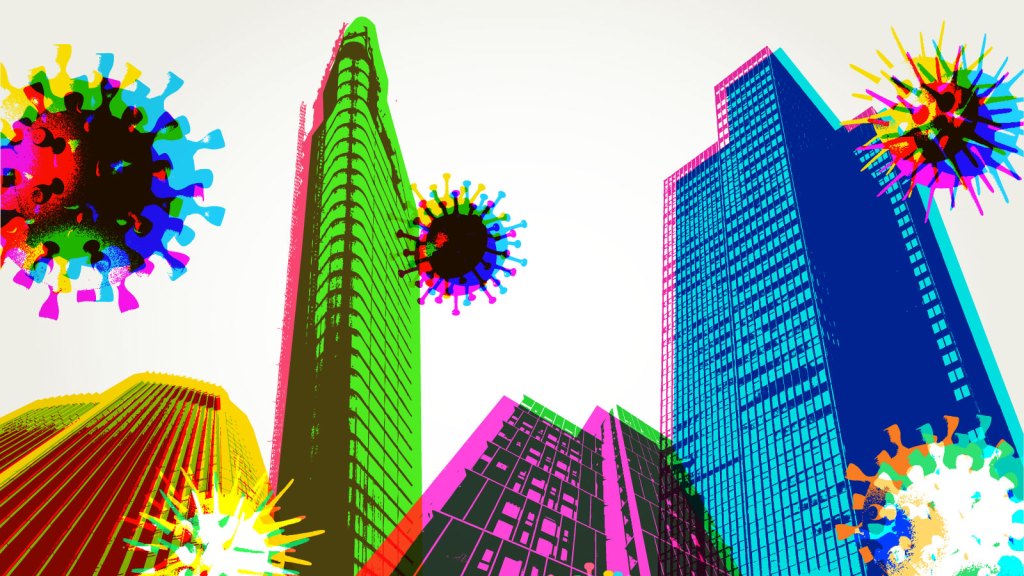 Local leaders say it’ll take a lot more than a vaccine to solve the coronavirus crisis.

Thanks to COVID-19, an economic recession is devastating state and city budgets across the country. Take Chicago, for example: The city faces a budget gap of more than $1 billion. The same goes for many states: Georgia had to cut its budget by 10 percent, Pennsylvania is short some $5 billion, and Washington state is contemplating a $1-billion cut in long-term care services for the elderly and people with disabilities.

And the countless impacts of climate change aren’t letting up just because we’re focused on controlling a global pandemic. This means the needs in America’s city halls and statehouses right now are great and varied. Florida’s mayors, for example, are calling for federal aid to support climate action as part of their COVID-19 recovery.

The reality is this: For communities to rebuild their economies, close pandemic-induced budget gaps, maintain essential social services, and invest in new jobs, federal help will be necessary. The question is what form it will take.

The economic fallout from COVID-19 is exacerbating enormous long-term challenges that were already stretching us thin, like the climate crisis, increasing income inequality, social unrest, and rising national debt. With this much being thrown at us all at once, we need solutions that can take on a few of these national challenges at the same time.

That’s where a new proposed policy plan called the American Recovery for Climate, Health and Economic Stability (ARCHES) comes in. Under ARCHES, the federal government would provide block grants to cities and states to the tune of $1.72 trillion over the next 10 years. It aims to replenish pandemic-depleted budgets so local governments can provide essential services at a time when we really can’t afford to lose them. The funding would come from new fees on corporate fossil fuel pollution.

“We have to invest in human health and ensuring local government can rise to meet the demands created by the pandemic, and we need to make sure those investments are solving other major challenges like climate protection,” says former Seattle Mayor Greg Nickels. “ARCHES is the only policy that addresses all of these problems simultaneously without adding to the federal deficit.”

Nickels is known for his commitment to local climate action. Back in 2005, when he was Seattle Mayor, Nickels founded the U.S. Mayors Climate Protection Agreement — the climate pact that has since been signed by more than one thousand mayors nationwide. Nickels also led the development of the Energy Efficiency and Conservation Block Grant that became a part of the Recovery Act of 2009, driving billions of dollars into local community projects. He has now joined with other former mayors, Jackie Biskupski of Salt Lake City and Jennifer Roberts of Charlotte, North Carolina, among them, to endorse ARCHES. This proposed policy, they say, provides an opportunity to solve for today’s economic and health care emergencies with a single policy.

The economic impacts of COVID-19 are hitting each community differently, so ARCHES aims to distribute funds via the proven approach of block grants, which allow cities and states to use the money for the things that matter most to them. We use block grants today to make needed investments to keep kids out of poverty, improve roads, and strengthen schools. There are only two stipulations with ARCHES: that funds not be spent on eliminating other taxes or increasing the use of fossil fuels.

“ARCHES provides the opportunity for local leaders to solve their most pressing problems with solutions fit to their communities’ needs,” says Robert Perkowitz, president of ecoAmerica and one of the designers of the policy proposal.

The power of local

Perkowitz and the other co-designer of the plan Nigel Purvis, CEO of Climate Advisers — point out that the economic recovery won’t work without shoring up states and cities. Local governments are responsible for nearly 11 percent of the country’s GDP and employ more workers than the entire manufacturing sector. Yet, the Congressional Budget Office projects that unemployment will remain above 8 percent into the third quarter of 2021. This means the income taxes and economic spending that normally fuel local governments are likely to be inadequate for years to come.

ARCHES was designed as a bridge to the future, allowing states and cities to continue investing in education, health care, and social programs until local economies recover. This will prevent job losses, maintain a healthy workforce, and enable investments in education and the green economy.

While most of the revenue raised from new fees on corporate carbon pollution would be allocated to block grants for states and cities, 25 percent of the funds would go toward new federal investments in green jobs, clean energy, and deficit reduction. Allocating a portion of the revenue to the federal government makes sense because national solutions are also essential, particularly when it comes to research and innovation.

The desire for greater climate action has been growing, too: Approximately 80 percent of Americans now believe climate change will be a serious problem for the United States, and nearly half of millennial and Gen Z GOP voters support a stronger government response to address climate change. To that end, the ARCHES proposal estimates that its pollution fee would reduce U.S. emissions by a whopping 50 percent in the next 10 years.

The designers and backers of ARCHES seek to tie this growing momentum for climate action to the economic moment created by the coronavirus. Leading Democratic members of Congress have put forward carbon fee proposals that could take center stage next year, depending on what happens with the election in November.

“We now have a rare opportunity to generate an economic recovery that strengthens America, our states, and our communities, funded by taking commonsense climate action,” Perkowitz says. “There’s never been a better time for combining climate solutions with strong, multi-purpose economic policy.”