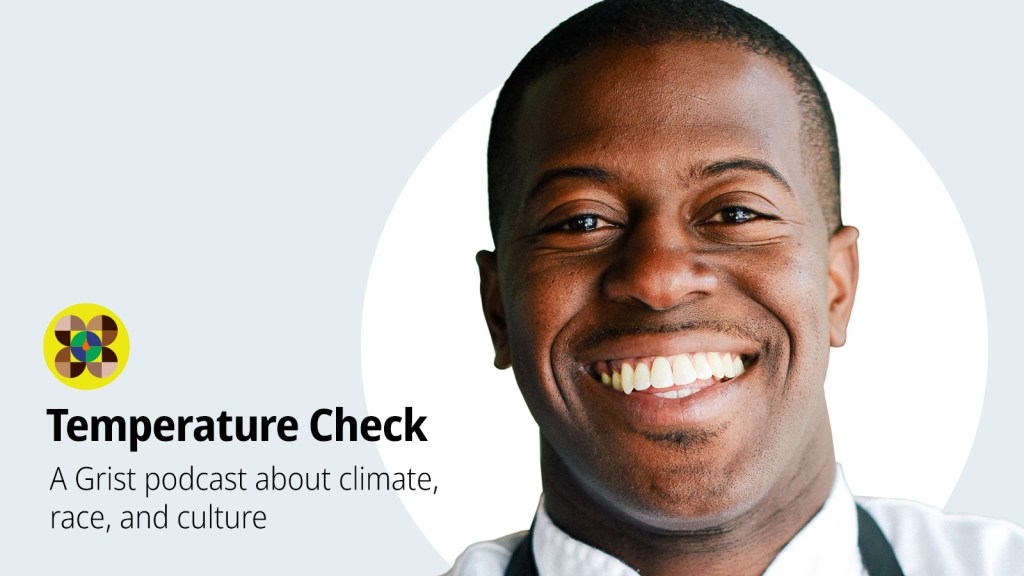 Join host Andrew Simon and co-host Angely Mercado for the third episode of Temperature Check, Grist’s weekly podcast on climate, race, and culture. From out of a makeshift sound studio comes today’s conversation, which touches on the environment under the Biden administration, the future of Puerto Rico, and the serene-but-dystopian landscape characterizing a music video from Puerto Rican artists Bad Bunny and Mora.

Later on in the episode, Simon is joined by guest Edouardo Jordan, a chef bringing Southern cooking to Seattle. In this food-filled chat, Simon and Jordan discuss the cooking of the American South and Black diaspora, sourcing traditionally Southern ingredients — like mustard greens and peaches — in the Pacific Northwest, Momma Jordan’s oxtails, and advice for cooking a Thanksgiving meal (hint: whoever messed up the turkey last year shouldn’t be cooking it again this year).

Co-host Angely Mercado is writer, freelance fact-checker, and researcher from Queens, New York. She is a reporting fellow at Grist, where she covers the intersection of environmental and racial justice. Her work is also featured in The Nation, MotherJones, Rolling Stone, The New York Times, and more. She hopes to make it to 2021 if all goes well. Follow more of her work on Twitter @AngelyMercado.

Guest Edouardo Jordan was born and raised in St. Petersburg, Florida. After graduating with dual degrees in business administration and sports management from the University of Florida, Jordan decided to enroll in culinary school at Le Cordon Bleu in Orlando. His ambition brought him to renowned restaurants such as The French Laundry, where he apprenticed, Per Se, and Lincoln Ristorante in New York. With thoughts of raising a family and opening a restaurant of his own, Jordan moved to Seattle, where he began working at Sitka and Spruce as sous chef. In 2013, Jordan was asked to open Bar Sajor as chef de cuisine and used this as an opportunity to learn as much as he could about opening a restaurant.

Jordan officially opened the doors to Salare in June of 2015. Salare takes influences from France, Italy, the American south, and the Caribbean, and has become one of Seattle’s hottest restaurants. In April 2017, Chef Jordan opened his second restaurant, JuneBaby, which focuses on his roots in Southern Cuisine and has received attention both locally and nationally. Chef Jordan is a 2017 James Beard Award finalist, and received the prestigious 2018 James Beard Award for Best Chef Northwest, and Best New Restaurant for JuneBaby. In December of 2018 he opened his third restaurant, Lucinda Grain Bar, which focuses on heirloom, ancient, and local grains.

You can listen to the third episode of Temperature Check on Grist, and subscribe to the podcast on Apple, Spotify, or wherever you get your podcasts. New episodes will drop weekly.

Yvette Cabrera and Angely Mercado, “Here’s what it will take for Biden and Harris to deliver on environmental justice,” Grist, November 11, 2020.