In May of 2008, the property at 133 Bourne St., Boston, Massachusetts was purchased from HBHC Bank by myself and Ken Ward. Ninety-nine years old at the time, it had long served the neighborhoods of Jamaica Plain and Roslindale as both a corner store and a family dwelling. At the time of purchase, the house had been abandoned, foreclosed, and uninhabited for four years. It would require an almost total rehab, but seemed to hold immense potential, with space aplenty for a blended family of three young boys, a large central area at the front of the house that called out to be made into community space, and an immense yard, with ample room for vegetable gardening, play, and a workshop for projects.

Climate activists and community organizers, determined to walk the talk and somewhat tired of only throwing words at the problem of a completely unsustainable future predicated on endless growth with finite resources, we set out to create the JP Green House: a zero-carbon demonstration home and garden, with a small community center.

Ken and I had been looking at decrepit houses: abandoned houses, foreclosed houses, houses that had keys in lockboxes that our young realtor had the combination to. We had been informed about short-sales and bad deeds and houses for whom no one would give you a mortgage. We didn’t know it at the time, but we were on a local tour of the dirty underbelly of the housing bubble, just as it was about to explode. We caught some of the flying debris, in the form of 133 Bourne St., and we declared that we had seen the future. It would be a future of unviable, wrong-headed materialism lovingly reworked into sustainable, handmade, homegrown urban homesteading.

Then the bottom fell out for us too.

Within two weeks of claiming the keys and cheerfully setting to work mowing the long grass with a scythe and gutting the basement, Ken tore through the last of several levels of floor boarding — and declared that we had no foundation.

Not a month later, the stock market collapsed. We chewed our nails fretfully for two months, while a third of our money dribbled away, until we finally had the sense to pull it out.

It was a winter spent planning, worrying, and fighting about money, while the two of us contemplated the “new” JP Green House from the vantage point of a too-expensive rental down the street, and our three boys bounced off the walls. We hired architects — and then we fired them when they produced drawings suitable to some cushy greenwashed fantasy of a suburban rehab. We built our website and distributed postcards and added names to our mailing list, all the while wondering if it could really be done.

The news from the climate scientists grew ever worse. The economy withered. I went to DC for the first major coal-plant demonstration in March. Ken negotiated with Bill McKibben and 350.org for our house to be the Boston hub for that movement. Was that, we wondered, more to the point than rebuilding a derelict house?

By spring we were back above water. We had hammered out an agreement with Placetailor, a design-build firm of young, green architects and builders, to do six months of structural work and super-insulation and get us in there. By May they were showing up at 6 a.m. on their bikes and launching into the construction with proper zeal. Our “urban farmer” Gabe, from Green City Growers, built us raised beds and filled them with his magic soil mixture for the first crop of veggies. Ken tackled the inscrutable forms that might get us government money, and set out to plant so many raspberries that they would defeat the “Dog Strangling Vine” that covered our hillside. Simon and I relished our separate composting mechanisms — his a box full of worms, mine a traditional pile in the back. Kuba filled the dumpster and dug in the garden with gusto. And Eli hung around being charming. We were in the local paper, on local TV (see video below) and local radio.

We still have no money for solar panels, or even a composting toilet. But we careen toward the certain future of more local-reliance and less carbon — steadied by friends and neighbors, inspired by our kids — nonetheless.

The intro question for the first gathering of 350.org activists in Massachusetts early this month was, “How do you feel, personally, about climate change?” Having worked on the agenda, I should have been prepared — but it still stumped me. …

In which we chronicle the creation of a groundbreaking eco-home

Editor’s note: This month, Grist contributor Ken Ward and his partner Andrée Zaleska begin chronicling their conversion of a rundown, 100-year-old store into a green home that serves as both family living quarters and a public space for climate activism, … 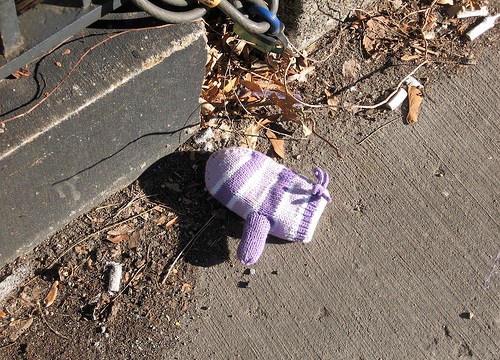 Left behind.coldcolours via flickrIt’s Sunday on Bourne Street. I am weeding at the JP Green House, furious at the reappearance of the Dog Strangling Vine that we battled hard last summer. A pernicious creeping vine, it takes over any neglected …
See all articles in this series