As a native Coloradan, photographer Peter McBride always wondered how long it took irrigation water from his family’s cattle ranch to reach the Colorado River and ultimately the sea. That question sent McBride (with author Jonathon Waterman) on a two-year journey to follow the water. He photographed the Colorado, mostly from the air, in an effort to document where the river’s water actually goes. The results will appear in the book The Colorado River: Flowing Through Conflict (Westcliffe Publishers), due out in September. This sneak preview of McBride’s work marks the launch of our “Follow a drop of water” series, an ongoing look at some of America’s most beautiful and threatened rivers. So, how long does it take the mighty Colorado to reach the sea? The answer, these days, is: never. 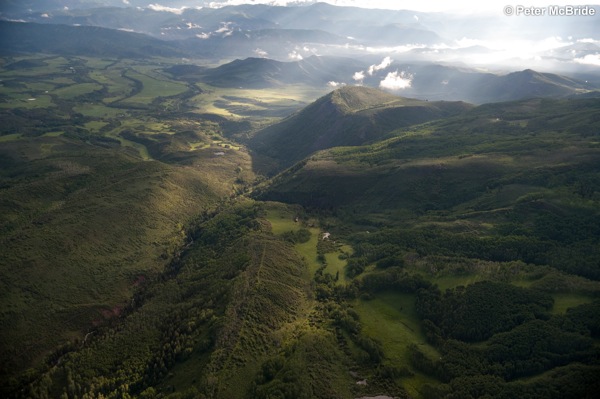 The Colorado River rises in the green valleys of the Continental Divide and attempts to make a 1,450-mile march to the sea. 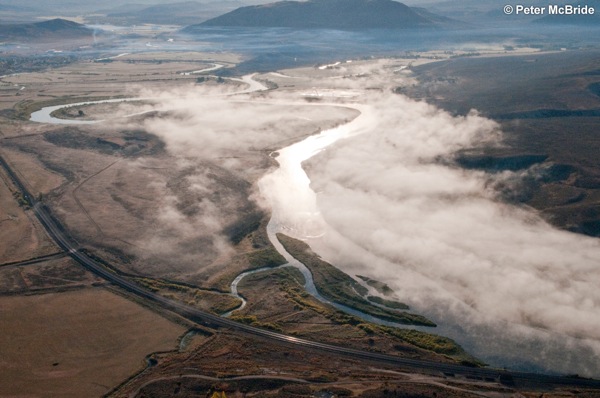 The river winds its way through northern Colorado, plummeting 10,000 feet and draining 243,000 acres of the West. 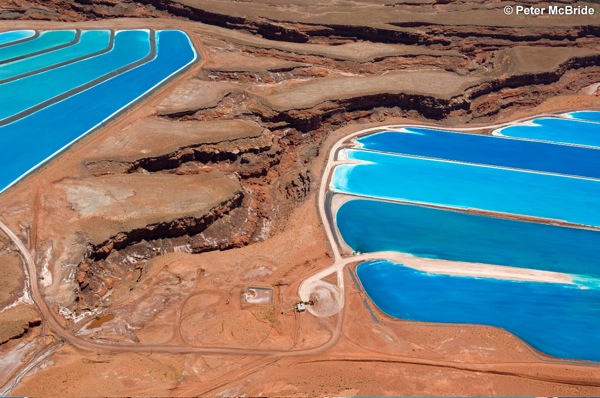 The Colorado is diverted throughout its journey, mostly for agriculture, but also for mining, such as this potash operation in Southern Utah where the slurry ponds are died blue to expedite evaporation. 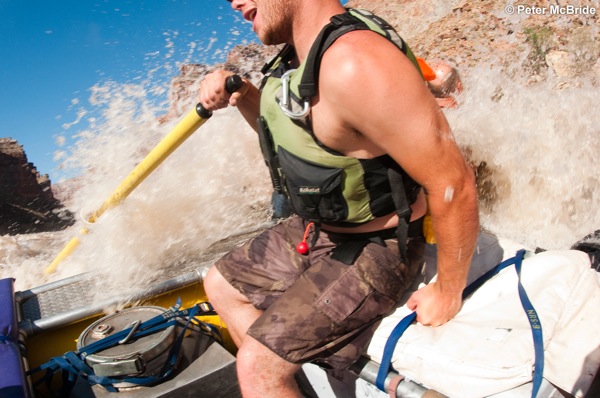 Carving its way through Canyonland National Park, the Colorado River joins the Green River before roaring through Cataract Canyon. The largest navigable rapid on the river, Cataract Canyon attracts boaters from around the world looking to test their mettle. 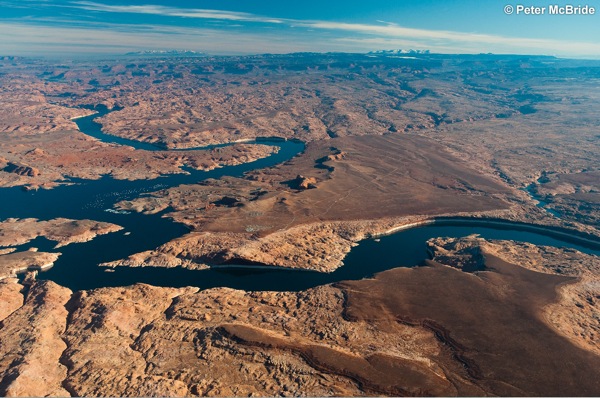 The Glen Canyon dam that created Lake Powell divides the Colorado into upper and lower basins. In 1922, the Colorado Compact allocated the river's water amongst seven western states in the upper and lower basin regions. That agreement will be sorely tested because current data show that the river runs significantly lower on average than what the authors of the Compact agreement once thought. 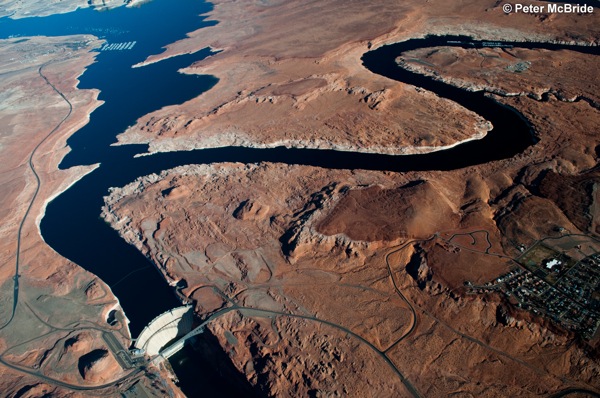 Aerial view of Glen Canyon Dam and Lake Powell. Due to drought and climate change, the lake is at 57% capacity, and the 1,400 shipping containers of sediment it receives each day threaten to fill the reservoir. 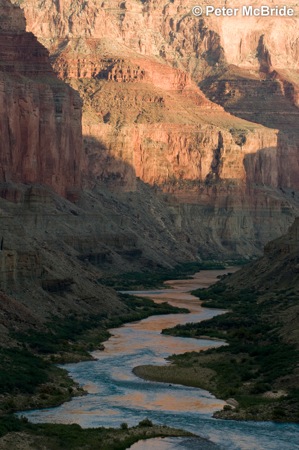 Sunset in the Grand Canyon as seen from Nankoweep overlook. 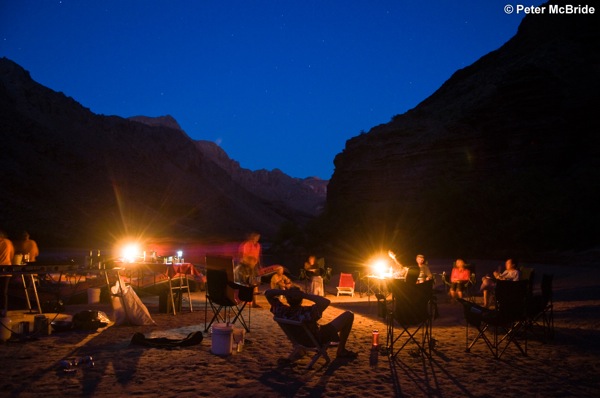 Each year thousands of commercial and private boaters enjoy starlit evenings inside the Grand Canyon. But its beaches continue to dwindle as Glen Canyon Dam traps the beach-building sediment that would have flowed into the canyon. 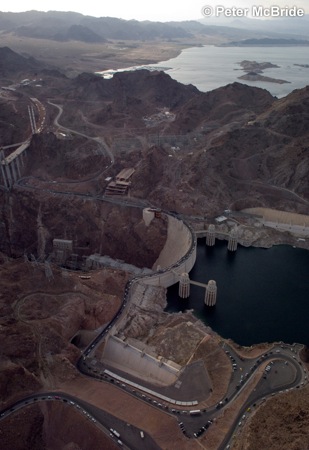 Aerial view of Hoover Dam and Lake Mead. The lake now sits at 45% capacity. Some experts predict it could be dry by 2020. 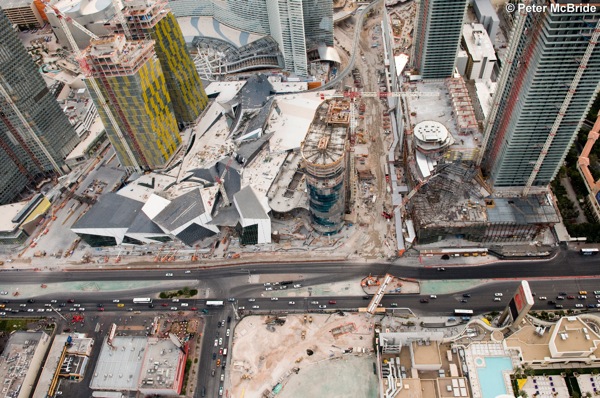 Las Vegas is taking the lead on progressive water conservation measures, such as "cash for grass," which pays residents to xeriscape their front yards. But as long as Vegas and many of its Utah and Arizona neighbors continue to be among the fastest growing cities in the West, the demand for water will continue to exceed what the Colorado can support. 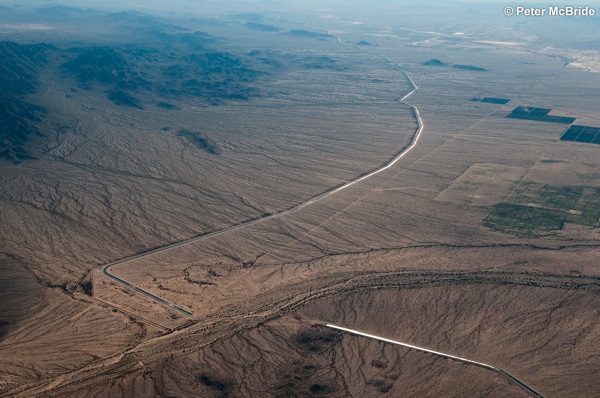 The Central Arizona Project (CAP) is the longest water diversion project in North America, ferrying the Colorado River 336 miles across the Sonoran Desert to Phoenix and Tuscon, Arizona. 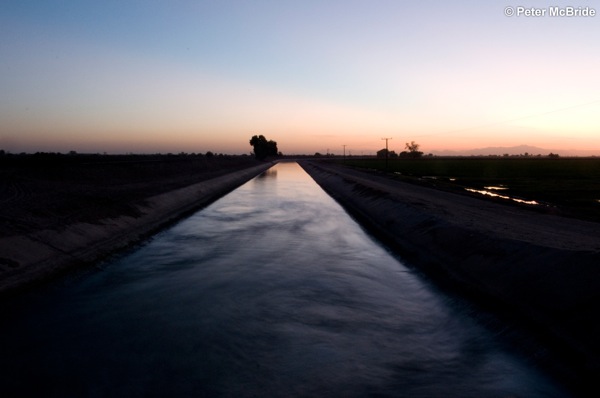 At the Moreles Dam in Mexico, the last of the Colorado River is diverted into irrigation canals that supply our southern neighbor with its treaty-alloted 1.5 million acre feet. 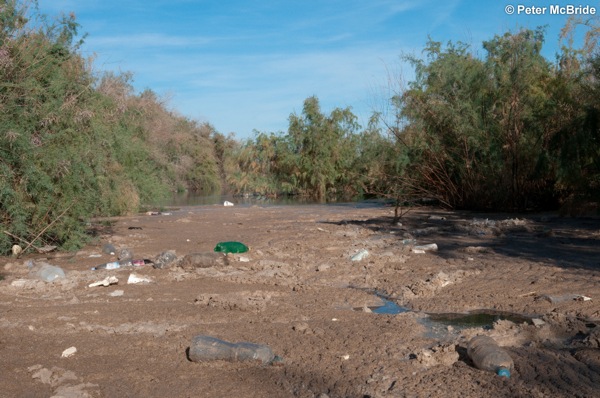 Below the Morelos Dam, the river is reduced to a trickle that is strewn with agricultural waste and garbage. Just a few miles after the dam, the river stops flowing altogether. 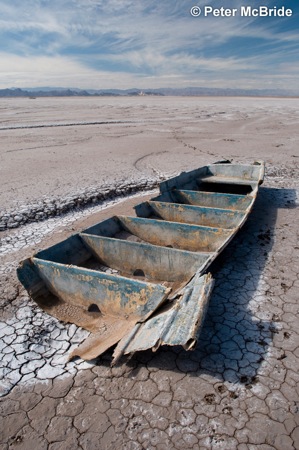 The remains of a boat belonging to the Cucupa, a Native American tribe with ancestral fishing rights, sits on the dry Colorado River delta. Once the largest estuary in North America, only ten percent of the delta remains. 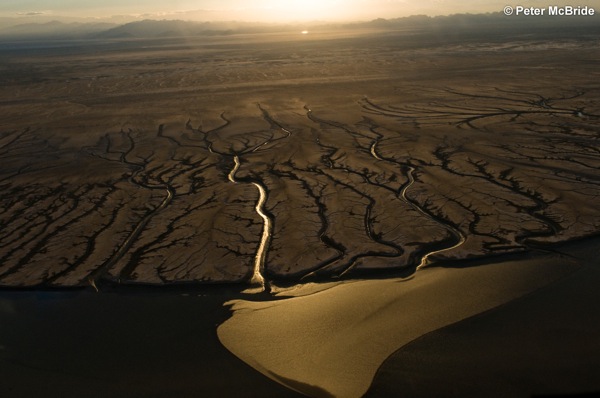 An aerial view of the Colorado River delta with tendrils of high tide drainage flowing seaward. The river has not reached the Sea of Cortez, its natural outlet, since 1998. Steamships used to ferry passengers across the delta just 80 years ago.