44,000 Americans could end up dying from wildfire smoke every year 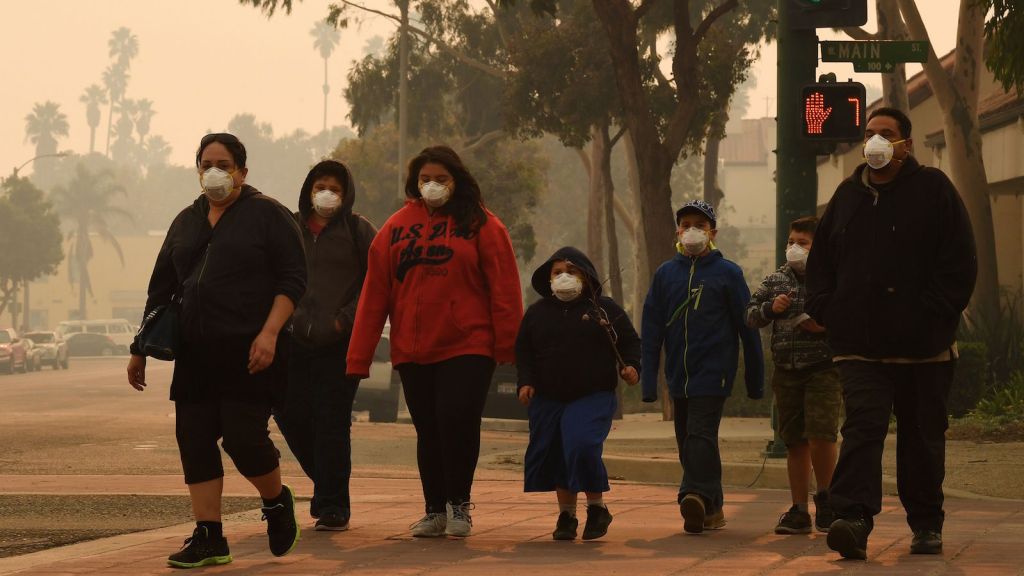 44,000 Americans could end up dying from wildfire smoke every year

On the West Coast, pink, hazy sunsets have become a familiar signal of fires burning in the distance. But that smoky air has serious public health ramifications. New research found that the number of U.S. deaths from chronic inhalation of wildfire smoke could double by 2100.

Every year, around 15,000 Americans die from chronic wildfire smoke inhalation. That number is expected to jump to 44,000 by the end of the century, according to the study, published in a journal of the American Geophysical Union.

Exposure to the particulate matter in smoke has a serious public health toll. Particulate matter is four times smaller than pollen and can travel deep into the lung and blood stream, leading to heart disease, lung disease, and diabetes, as reported by Climate Central.

Using a model that includes socioeconomic and climate drivers, the new research shows how smokier, deadlier air will become a regular occurance in some regions.

The study is the first estimate of the future health impacts of smoke over the coming decades.

It builds upon previous research that showed climate change to be a primary driver of large forest fires. Warmer temperatures, earlier spring snowmelt, and longer fire seasons have increased the number of major U.S. fires.

The projected death count is based on the assumption that we won’t get our act together on climate change. The worst-case-scenario model assumes “continued increases in greenhouse gas concentrations throughout the 21st century due to high populations, slow income growth, high energy demand with moderate technological changes to reduce emissions, and the absence of climate change policies.”

The consequences of wildfire smoke exposure vary depending on the person’s health. As Grist’s Jesse Nichols explains in a video, “The same smoky air can have different effects depending on who you are, and where you work and live … Most healthy adults do OK, but for kids or anyone with a health condition, the smoke can trigger medical emergencies.”

Air quality has largely improved since the ‘70s because of environmental regulations, but now intense wildfire smoke threatens to undo this progress. The study found that deaths from particulate matter from all sources, such as coal plants, is still projected to decrease overall in the future. Yet in wildfire regions, it will be a different story — especially if we don’t act on climate change.