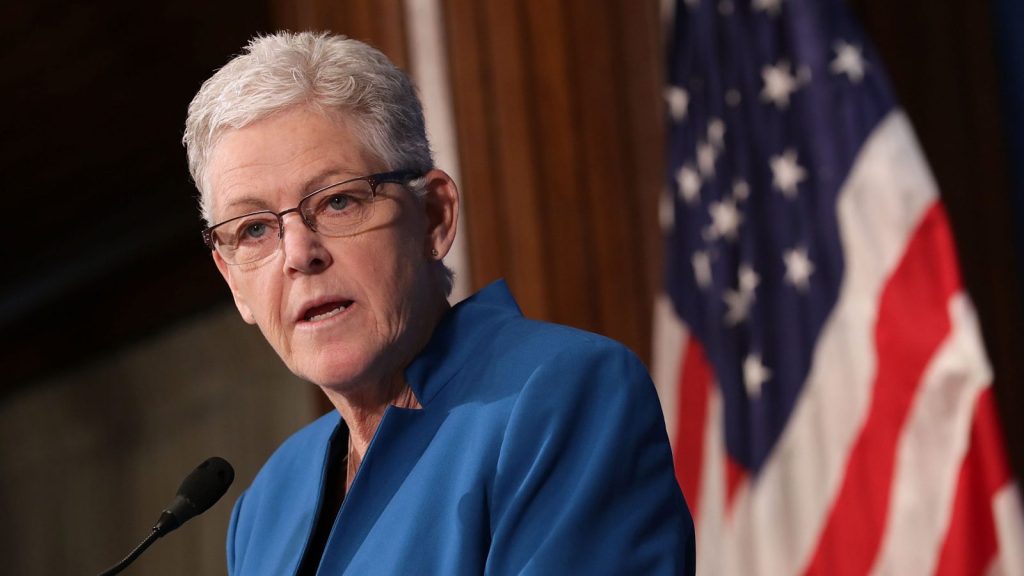 If the last year and a half has been rough for you, just imagine you’re Gina McCarthy, former EPA administrator under Obama, watching as your legacy is dismantled by Scott Pruitt.

In a speech in Seattle on Wednesday, McCarthy said people have been coming up to her and asking, “Gina, how are you?” like she’s a dead woman walking.

McCarthy, now the director of the Center for Climate, Health, and the Global Environment at Harvard, addressed a crowd gathered to celebrate the 20th anniversary of Climate Solutions, a nonprofit working to give the Pacific Northwest a 100-percent clean energy grid.

The best advice she gave to EPA employees when she left office, McCarthy said in her keynote address, was to “keep your asses in your seats” and wait out the Trump era. Her speech contained some great advice for the rest of us too.

Trust the courts to take care of Pruitt

McCarthy didn’t mince words when it came to Pruitt, her scandal-ridden successor at the EPA. “You’ve got an administrator who doesn’t know the law … and huddles in the corner with the few people he trusts,” she said.

In Pruitt’s eagerness to reverse Obama-era rules, he’s produced sloppy work that risks being struck down by the courts. It’s happened to six of his proposed rollbacks already.

McCarthy admitted that she’s “ticked off” about what’s going on in Washington, D.C.: “The Trump administration is rolling back everything we did — or even considered.” But she added, “Good luck with that.”

Have faith in young people

Grassroots efforts like the Women’s March have inspired McCarthy. Her favorite sign? “I can’t believe we still have to march for this shit.”

She says that young people demanding equity and justice are going to keep the country from moving backwards, in addition to local climate action and the business community’s growing commitment to social causes.

“If you think young people can’t change the world, look at Florida,” she says. There, high schoolers from Marjory Stoneman Douglas stood up, sparking a gun control law in Florida and a renewed national movement against gun violence.

Don’t be a Debbie Downer

McCarthy sometimes wakes up in the morning and her husband is watching TV, upset about the latest Trump Twitterstorm. And she tells him, “Shut up!” as nicely as possible.

“Let’s be hopeful once in a while,” she says. “Get off MSNBC and Fox News and get out there.”