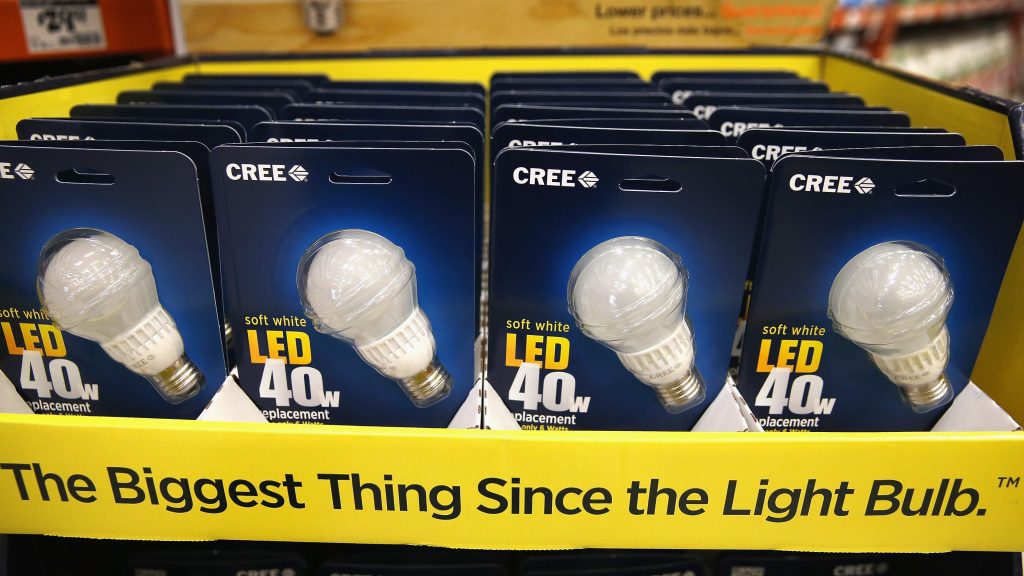 Light-emitting diode bulbs (LEDs) can last up to 25 times longer than traditional incandescents, use 85 percent less energy, and, despite a higher cost upfront, save money in the long run.

But there’s the rub: The people who could most benefit from making the switch may not be able to. For those who live in higher poverty areas in Detroit, LEDs can be harder to find — and when they are available, they can be more expensive than the same type of bulbs for sale in higher-income areas, according to a new University of Michigan study.

The researchers surveyed 130 stores in Wayne County, Michigan. In the highest-poverty areas, incandescents were $1.63 and LEDs were $7.87. In the wealthiest areas, the prices were $2.10 and $5.20. That means poor Detroiters would have to fork over an extra $6.24 for an LED while wealthier residents could upgrade for about half the price.

If you live in a high-poverty area, lead author Tony Reames explains, that kind of markup makes it hard to justify choosing LEDs. “You’re definitely going to go for the dollar light bulbs,” he says.

This lack of affordable LEDs could be compared to food deserts, where there’s a dearth of low-priced fresh and healthy food. In fact, Reames says he used the food justice model in thinking about light bulb access. Big chain stores are able to offer the lowest LED prices and, in Wayne County, those large stores were largely concentrated in wealthy areas. Small stores and pharmacies, mostly located in poorer areas, had the highest prices.

In previous studies, Reames found similar disparities in Detroit and Kansas City when it came to how energy efficient homes were overall. Ultimately, the availability of LEDs is an issue of energy justice. “We know their houses are already less efficient, they don’t have the resources to make the upgrade, and then something as simple as a light bulb has this big sticker price,” Reames says. “That adds another barrier to being energy efficient.”

Michigan requires utility companies to run energy saving initiatives. One program includes a free energy efficiency consultation where power companies will switch out incandescents for LEDs. Even with these efforts, wealthier Michigan taxpayers tend to reap the most benefits. Reames’ lab found that on average, low-income Michiganders got one-tenth the electricity savings of their wealthier counterparts.

Education is key — many Detroiters don’t know that they are eligible for upgrades. Local nonprofit Ecoworks approaches energy efficiency as a justice issue and spreads information on the efficiency initiatives. Still, according to executive director Justin Schott, making sure people are paying the same thing for LEDs is an equity issue worth examining.

Reames thinks these price disparities could apply beyond just Wayne County. Typically, people in high poverty neighborhoods have less access to big box stores, like Walmart and Target. “Some areas are changing, where you start to see more name brand stores or big box stores going in to the urban core,” he says. “But that’s still not the majority of our urban areas.”

Moving forward, Reames says his team could build tools to help correct the gap in home energy efficiency. With all the data they have collected, they could create a spatial map of where to find the cheapest LED bulb in your area.

If innovations as simple as the LED bulb aren’t getting into the hands of everyone, Reames’ research suggests that the clean energy transition is leaving some people behind.

“We still have these other barriers that we need to understand to help low income and minority communities make the transition,” Reames says.