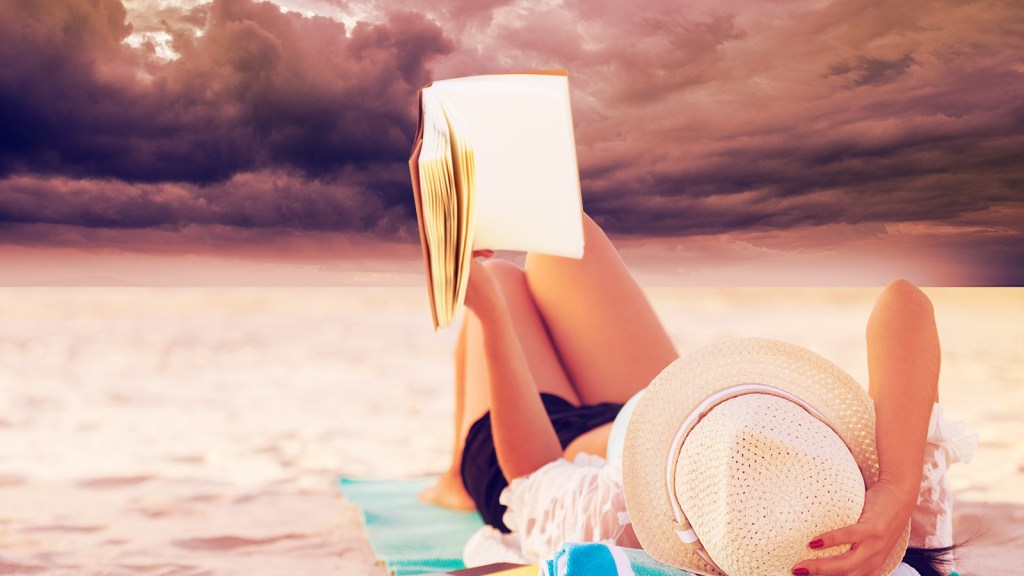 Grist / Getty Images
love in the time of climate change

Nothing puts a damper on one’s romantic life like a Category 5 hurricane. That’s just one of the obstacles faced by 20-year-old former sex worker Dolores “Dulce” Garcia, the sugar daddy-dealing protagonist of the new book Side Chick Nation. As she tries to outrun her past by going from Miami to the Caribbean, she ultimately lands in Puerto Rico just in time for Hurricane Maria.

Dulce, the titular “side chick,” is a world-weary pragmatist; she answers the call from a past sugar daddy looking to, well, “reconnect,” all while lying to Zavier, the man with whom she has actually fallen for after just a few dates. After Hurricane Irma slows the flow of sugar daddies in Puerto Rico to a trickle, she finds herself sleeping in a storage unit in San Juan, waiting for the next storm — Maria — to hit.

In the aftermath of the hurricane, she serves as a witness to both the heartbreaking reality of climate change and the exploitation that can ensue. She notes the international businessmen who flock to the island to manipulate the destruction for their own financial gain, making shady use of relief funds and devastating the island even more. De León draws parallels between Dulce’s experience as a “side chick” and Puerto Rico’s relationship with the mainland, which cheerfully exploits the U.S. territory in good times but abandons it when it is in need.

For me, as a Puerto Rican transplant who has reported on Puerto Rico’s recovery after Maria, I was intrigued by the novel’s premise. I talked with de León, who teaches creative writing at UC Berkeley, about Side Chick Nation and why she chose popular fiction as a means to get folks riled up about the climate crisis.

The following interview has been edited for length and clarity.

Q.Why did you write this book? What do you hope readers get out of it?

A. The biggest takeaway that I really want for everyone has to do with Hurricane Maria and the crisis of climate and colonialism in Puerto Rico. I’m hoping people feel that intersection at a level of empathy. Part of what I was thinking of when I was writing was, in the future when this book comes out, the hurricane will have receded from the headlines and yet the humanitarian crisis in Puerto Rico will be ongoing. I just wanted to make sure that folks could connect to these human stories, this unprecedented level of this devastation at this intersection.

Something that was also super important to me for this book is [to reach] an audience that includes young women of color. I really like the idea of young women of color thinking of themselves as activists around issues like the climate. Being a part of the Puerto Rican diaspora and watching the island get hit made it clear to me that climate change is the top political priority. Climate is something that affects everybody and affects people of color even more. The perception of environmentalism is that it’s a white movement — and that’s not actually true. So I wanted to push back on that.

Q.Where did you get the idea to set the fourth installment of your Justice Hustlers series in a post-Maria Puerto Rico?

A. I was writing another book at the time. I had outlined it and started to work on it. Then, the hurricane hit and I was like, “Oh my god, I have to write about the hurricane!” It occurred to me that the biggest platform that I have was this Justice Hustlers series. I wasn’t sure how to make it make sense with the rest of the series, but I remembered one character from a previous book — Dulce. One of the things I was reading at the time was Salvage the Bones, a novel about Hurricane Katrina. It made me think: what does it mean for the audience to know what’s gonna happen while the characters don’t know?

Q.You went to Puerto Rico to research this book. What was that like?

A. I had not been back to Puerto Rico for a decade. I visited in 2018 about a year after Hurricane Maria hit. It was really intense to be back. One of the things that was so profound is that the whole island has signs of Post Traumatic Stress Disorder. There was some sort of emotional chill because people had been deeply impacted in a lot of ways.

I mostly was in San Juan where things looked more or less back to normal. Still, stores were closed and traffic lights were knocked out — and that was almost a year later! I rented a car and drove around the interior of the island, where I saw lots of FEMA tarps blue roofs. I definitely got a sense of the devastation. That was key for me — to just go and just bear witness. It was less about information and more about being present with the community.

Q.The book deals with a lot of really intense issues like colonialism and disaster capitalists while also telling this gripping, feminist romance storyline. Do you think popular fiction in general, might be the way to get people to understand the complex relationship between disparity and climate crisis?

A. I think popular fiction and fiction, in general, has always played that role. It’s hard to empathize with a historical event, but it’s easy to empathize with an individual. And that’s what I wanted — for people to connect. What does it mean to have your homeland devastated, your people devastated? Ultimately, I’m writing romantic suspense but I’m thinking of suspenseful situations that relate to big political situations — like Hurricane María.

Q. Can you tell me about the challenges of writing about disaster?

A. I just had to cry a lot. I had to grieve a lot. And I had to hold off feelings like being unworthy or unable or not up to the task. Here we have this thing that changed the Puerto Rican people, and here I am, this sort of west coast, mixed-heritage diaspora Puerto Rican who is like the second generation born in the U.S. How could I possibly be the person to write this book? Ultimately it’s just the reality of the disaster. Maybe I’m not the right person, but I’m the person with a book contract and I can’t write about anything else.

The hurricane changed stuff for everyone in the diaspora. We have to show up, and what I have to bring to the table is a book that is a popular fiction approach. This may be the story for people that aren’t gonna read Naomi Klein’s Battle for Paradise — although I hope everybody will read that too! I wanted the message to get to the places where I already had a platform. I can’t imagine having written about anything else. This is the story of my people right now.