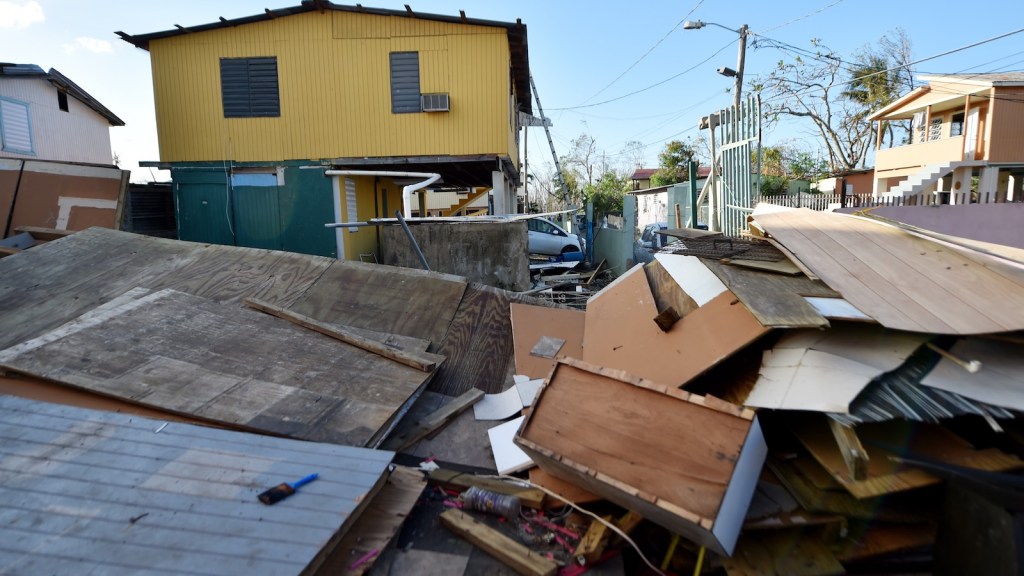 Because it’s a day that ends with y, the government is still balking at providing much-needed disaster aid to Puerto Rico. Two bipartisan disaster aid bills failed to make it out of the Senate this week over disputes about how much relief to give the U.S. territory, which is still recovering from the destruction wrought by Hurricane Maria nearly two years ago.

On Monday, senators took test votes on two competing measures. The Republican-led faction of the Senate pushed for a $13.45 billion legislation package, which included $600 million for the island’s Nutritional Assistance Program a.k.a food stamps. (Puerto Ricans living on the Caribbean island are four times more likely to be considered food insecure than people stateside.) Democrats thought the bill didn’t go far enough, instead opting to support a House-passed relief bill, which gives hundreds of millions of dollars more for Puerto Rico than the GOP version.

Each bill would have been a massive disaster aid package for victims of flooding, wildfires, tornadoes, and hurricanes across the country, not just aid for Puerto Rico. The Democratic version does not include funding for the historic flooding that swept through the Midwest in mid-March, as the measure was completed and passed in January before the spring storms, but Dems say they are open to adding it.

But neither piece of legislation got the green light to advance to a full floor vote, meaning disaster victims across the country are stuck waiting for much-needed aid. Delays have already led to Puerto Rico’s food stamp program being cut by 25 percent.

“It is the responsibility of the federal government to stand with all American communities in crisis, and we must do so now,” Vermont Senator Patrick Leahy, the top Democrat on the Appropriations Committee, told NPR. “The needs are pressing. The people are waiting.”

President “[I’m] the best thing to happen to Puerto Rico” is not helping the situation. He took to Twitter on Tuesday to blast (and grossly exaggerate) the amount of aid the federal government has already given to the island and (falsely) claim that Puerto Rico has received more disaster relief than many U.S. states.

The rant was very on-brand for the insult-hurling, paper towel-throwing president. Back in January, Trump reportedly told members of his staff that he doesn’t want “another single dollar” going to Puerto Rico in the wake of Hurricane Maria.