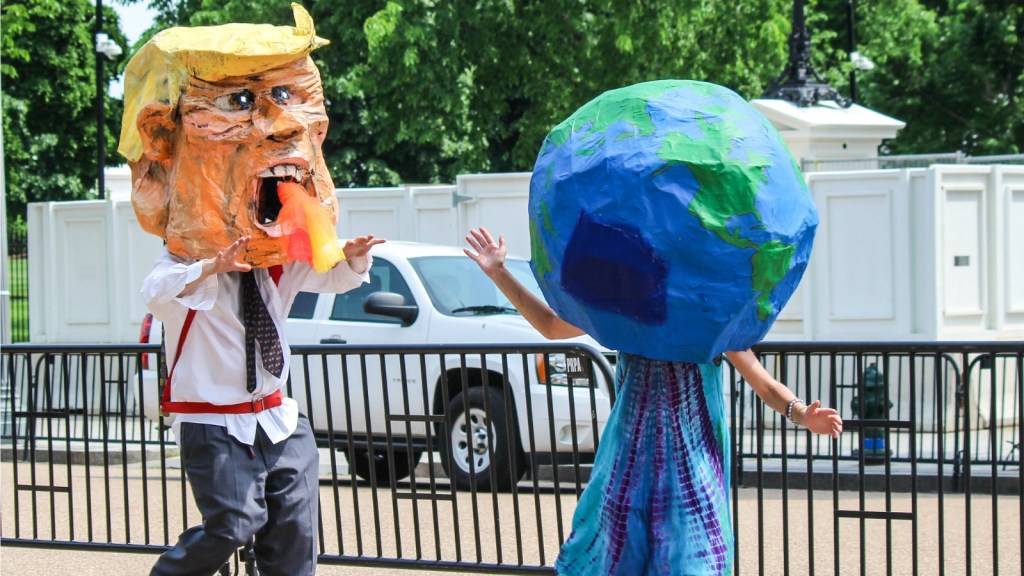 In a front-page story earlier this week, the New York Times seemingly had a huge scoop: Scientists were so worried that the Trump administration would tamper with their work, they preemptively shared it with the press.

Now the same scientists behind the document think that its unconventional release may have actually put their work in jeopardy. Multiple authors of the congressionally-mandated report told me that they worried its publication in the Times actually increased the risk the White House will meddle with it.

“While I understand and sympathise with the desire to put this report out in the public domain if it were rejected by the administration, this has not yet happened,” says Katharine Hayhoe, a climate scientist at Texas Tech University and a lead author on the report.

Over the past year, there’s been sporadic coverage of the report but none gained the visibility of the Times story. The drama around the piece ratcheted up a long-running showdown between the White House and scientists, and may now force the hand of the administration to alter or suppress its findings at the 11th hour — especially if Trump feels the need to placate his conservative base.

Our 600 page climate report in one tweet:
It's real
It's us
It's serious
And the window of time to prevent dangerous impacts is closing fast

The current White House review is the first time this report has been submitted to the executive branch. So this is a particularly sensitive time for a controversy to emerge, Hayhoe explains, since the Trump administration is still in the middle of deciding how to respond to the document.

“I would not be surprised if the discussion surrounding the report today affected that decision adversely,” she says.

Upon seeing the initial coverage this week, some of the report’s authors were left scratching their heads: What the Times called a “leak” was a report that had been openly circulating, through proper review channels, since at least January. Within hours of breaking the story, the Times obtained and published a previously unreleased version of the report — a true leak — and then later it issued a correction, clarifying that the draft it initially thought was a leak wasn’t one. (Confusing, I know!)

The whole affair seemed to anger a White House obsessed with clamping down on whistleblowers. Members of Congress also weighed in, including the climate-denying chairman of the House Science Committee, Lamar Smith, a Texas Republican, who said the draft “requires serious revision.” In a letter to Trump, Senator Ed Markey urged the president to “ensure that there is no interference with any science or any scientific conclusions included in the report.”

The science is clear: climate change is real. The Trump admin can’t dismiss facts just because it doesn’t like them. https://t.co/hlplMD41F1

To be clear, there is no evidence that any administration official has so far ordered a politically-motivated change in the report’s roll-out. Though, in a statement, the White House stressed that the document is not yet final — even though, according to its authors, its 65 key messages on the science of climate change absolutely are. The report is currently under review until August 18 by 13 executive branch agencies convened by the White House.

Bob Kopp, climate scientist at Rutgers University and another lead author on the report, said this week’s publication in the Times puts the administration in an awkward position. “Obviously, there’s no chance they can have a quiet release now,” he says.

For the last several months, one of the most comprehensive climate science reports in history took shape almost without a hitch. The document was subjected to three independent reviews, including a 122–page critique by the National Academies of Science and a weeks-long public comment period. In an email, Ross Salawich, one of the report’s editors, said, “We kept a detailed, point by point reply to hundreds of comments, so there is a record of how and why the report changed.” The work synthesizes the research of tens of thousands of climate scientists from around the world.

All this makes it “very likely the most comprehensively reviewed climate science report ever published in the United States,” Hayhoe says. And its findings have global relevance.

“In the course of all the reviews,” she continues, “we have never received any Bush-type-era requests to alter certainty language or key conclusions.” Kopp echoes Hayhoe in reporting no evidence of any attempted political meddling so far. “I am still inclined, perhaps foolishly, to give the administration the benefit of the doubt,” he says.

Politics and science are inexorably linked. The danger is when obfuscating the scientific pursuit of truth becomes a partisan ideology — which has been exactly how the Trump administration has operated so far. As Mashable’s Andrew Freedman writes, the science department of the White House Office of Science and Technology Policy is currently unstaffed, and Trump has yet to nominate a science advisor — indications that political appointees may have outsized influence in the publication of reports like this one. And there’s precedent for that sort of interference from past Republican administrations.

So far, the report is a sterling example of how to do science in an anti-science era. A side-by-side comparison of the two drafts published by the Times shows that, so far, this is exactly how the scientific process should operate during a time of political uncertainty: After undergoing review, if anything, the findings have been sharpened.

Of 65 key messages in the report, 28 of them survived the review process with little change, six new key takeaways were added, three conclusions were removed, and one conclusion was softened. The remaining 33 findings all were strengthened. This is the essence of a science-based review process: Confidence grows as consensus builds.

“This report contains important information that every citizen has a right to know,” Hayhoe says. “Suppressing this report would be akin to suppressing the doctor’s X-ray, showing that we had spots on our lungs from decades of smoking.

“It contains vital information that we need to make sound decisions regarding our future.”

See how the climate report changed between the two drafts the New York Times published. (Comparison is broken into two parts because of the report’s size.)