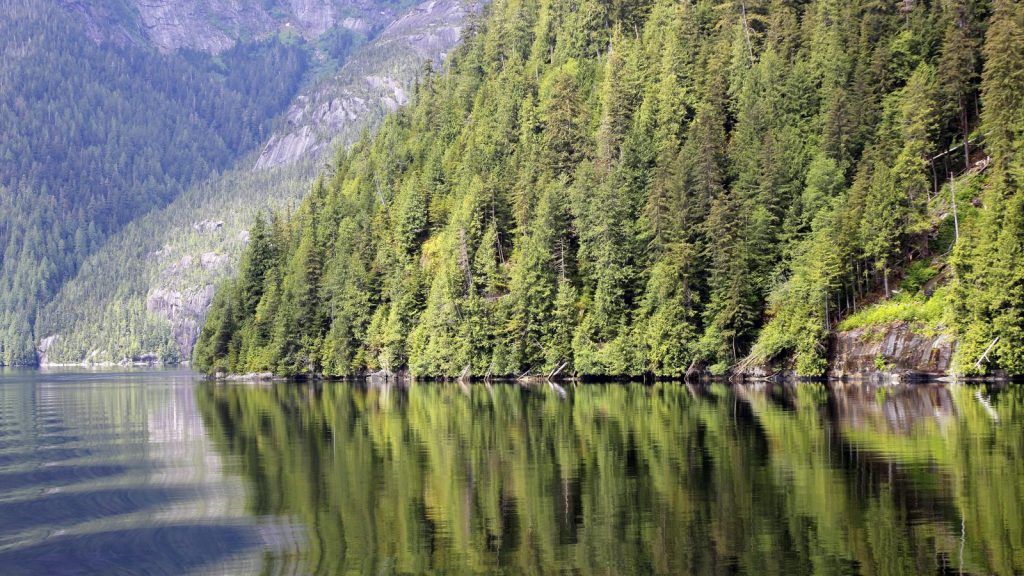 As the implications of climate change become starker and the world faces up to a biodiversity crisis that threatens humanity’s existence, a group of campaigners from across the world are saying there is one clear way to get us out of this mess, but that governments are ignoring it.

In an open letter published in the British newspaper, The Guardian, the group tells governments that the best and cheapest way to avert a climate catastrophe is to heal nature by restoring and replanting degraded forests and by better conserving the natural world.

“Defending the living world and defending the climate are, in many cases, one and the same. This potential has so far been largely overlooked,” say the 23 signatories to the letter.

“We call on governments to support natural climate solutions with an urgent program of research, funding, and political commitment,” they added.

“The world faces two existential crises, developing with terrifying speed: climate breakdown and ecological breakdown. Neither is being addressed with the urgency needed to prevent our life-support systems from spiralling into collapse,” say the signatories.

They call for the defense, restoration and reestablishment of forests, peatlands, mangroves, salt marshes, natural seabeds, and other crucial ecosystems, to remove and store large amounts of carbon from the air. The protection and restoration of these ecosystems can help minimize a sixth great extinction, they say.

The group says that nearly a third of the greenhouse gas reductions needed to hold temperatures to a 1.5 degrees C (2.7 degrees F) rise can be provided by the restoration of natural habitats. But natural solutions are calculated to have attracted just a small fraction of the funding so far committed, according to journalist and author George Monbiot, one of the signatories.

Technology alone cannot solve climate change, Monbiot wrote in The Guardian. Much of the technology proposed to capture carbon is expensive and could pose problems at scale. The cheapest and surest approach, he wrote, is to restore natural forests and allow native trees to repopulate deforested land.

Regenerating and conserving nature to address climate change is expected to be a central recommendation of next month’s landmark study of the state of the natural world, compiled by hundreds of scientists. The United Nations-backed report is expected to confirm that nature is in rapid decline in many regions, with ecosystems on the point of collapse.

Protecting and restoring natural forests is seen as vital. Trees suck carbon dioxide from the air and store it. Nearly one-quarter of all the emissions reductions pledged by countries in the 2015 Paris agreement could come from tree planting and restoration. The U.N. has challenged countries to restore 865 million acres of farm and forest land by 2030 — an area bigger than India. And countries are responding.

Initiative 20×20, an international effort, hopes to restore 49 million acres by 2020 in Latin America and the Caribbean. And the multicountry African Forest Landscape Restoration initiative intends to restore 247 million acres of degraded forests in Africa by 2030.

Pakistan has just planted 1 billion trees. China plans to create forests totaling the size of Ireland. And in Africa, Ethiopia, Niger, Mali are among countries that strongly back the reforestation of degraded land.

But there’s a snag. A new paper in the scientific journal, Nature, suggests that 45 percent of the land area that nations have so far pledged to allocate for carbon drawdown is being used to for commercial plantations.

There’s a huge difference between restoring natural forests and planting trees for commercial use, for example the large-scale monoculture of oil palms to provide us with the palm oil so ubiquitous in snacks and cosmetics. The latter are less efficient at carbon storage, and in fact release carbon emissions by replacing peatland, as well as being detrimental to wildlife.

These natural solutions also go beyond trees. They include the restoration of peatlands, salt marsh and seagrass. They also mean the protection and recovery of animals like rhinos in Africa, which act as a natural protection against devastating wildfires, and wolves in North America, which some studies suggest could protect forests by controlling populations of animals that feed on plants and trees.

Still, Monbiot cautions: “We don’t want natural climate solutions to be used as a substitute for the rapid and comprehensive decarbonization of our economies. The science tells us both are needed.”

“But,” he continues, “what this thrilling field of study shows is that protecting and rewilding the world’s living systems is not just an aesthetically pleasing thing to do. It is an essential survival strategy.”