Where are all the bugs going and what can I do about it? 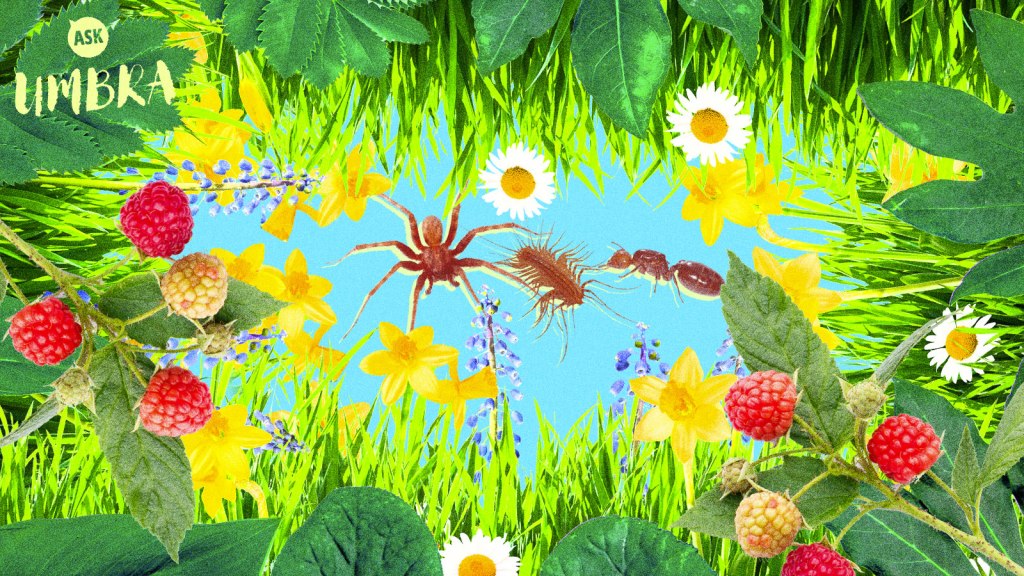 Where are all the bugs going and what can I do about it?

Insects are disappearing at an alarming rate. This terrifies me! What actions can I take to mitigate my despair?

I think first I have to applaud you for writing about insects at all — many of them are almost too small to see, and they have six legs, and occasionally they bite, so in general, they’re not winning any popularity contests. When humans get interested in saving habitats, it’s usually cultivated by affection for the more charming animals that live in them — cute furry mammals like koalas and sloths and whatnot. And I hate to carapace-shame, but a cicada is not a koala.

And yet bugs are having a moment, I think, judging by several of the questions that have been buzzing to my inbox lately. It might have something to do with that scary New York Times Magazine article that came out a few months ago about the insect apocalypse; or the as-yet-unsolved mystery of colony collapse; or the Biological Conservation meta-analysis of the “decline of entomofauna” (insect loss, in non-science speak) which claimed that we could lose 40 percent of insect species to extinction over the 21st century.

But that “40 percent of all insect species will die” figure is fairly wobbly. That’s because, as Terry McGlynn — entomologist and urban ecologist at Cal State Dominguez Hills — says, there’s such a vast amount we still don’t know about all the bugs out there. It’s a huge challenge to empirically document or estimate how the whole of the insect kingdom has changed or shrunk over time because scientists know relatively little about how large they originally were.

“Insect ecologists, in general, have not been counting density or abundance of insects as systematically as we could have been,” he says. “You need some clear systematic way to measure numbers over the years, and people haven’t focused on that, and now we’re learning that it’s important.”

“We have a whole lot of solid data that shows some insects are declining, but we also have a lot of solid data that other insects are increasing,” agrees Gwen Pearson, science writer and self-described “insect evangelist.” “But losing even a few species can be really catastrophic to an ecosystem. You can start taking parts of a car out, and it will still run, but when you hit a really critical one, that’s the end.”

That’s because insects are the waste management contractors of ecosystems. And not in a Tony Soprano way, especially in that they do it for free and without all the murder. (Maybe a tiny bit of murder.) Our natural environments would fill up with so much … grossness and become totally overwhelmed without them. Humans don’t eat our janitors and undertakers and recyclers, fortunately, so this is where the metaphor starts to collapse — but insects are also the building blocks of pretty much every food chain. Without them, things fall apart, to paraphrase Chinua Achebe (paraphrasing William Butler Yeats).

Even if the numbers aren’t that solid, and may not apply to all the insect species in every region, every entomologist I spoke with added that insect populations do appear to be reducing, and no one can be 100 percent sure why. There are a few pretty well backed up theories, and most of them come down to habitat loss due to an overwhelming combination of human development, industrial agriculture, and climate change. Insects need plants to eat, soil to burrow in, and leaves to sleep under, and when all those things disappear for the reasons stated above, they find it pretty hard to survive.

But while our planet needs insects to stay in balance, humans and bugs don’t always get along. Insects are highly adaptive, which sounds like a good thing until you consider they can compete for the same resources as humans. So even, say, switching to pesticide-free produce might not be doing the situation as much good as you’d think.

“I don’t know of an ‘insect-friendly diet’ that doesn’t betray science,” says Kristie Reddick, director of bug advocacy and education group The Bug Chicks. “If I were to say, ‘go organic-only,’ that doesn’t really make sense because insects and humans are in sort of an arms race with each other. One defense comes up and over several generations, insects are adapting quite quickly.”

So while an organic smoothie bowl a day might not be the best way to bring back the butterflies, one solution to the great bug-die off might be to holler at your congresspeople to increase government funding for ecological research. One of the reasons for the uncertainty around insect survival is the stagnation of science funding, said McGlynn.

But the second thing you can do, suggests Reddick, is be a citizen scientist. Money for research is increasingly hard to come by, entomology isn’t like, the sexiest of all sciences, and there are billions of trillions of zillions of bugs out there to be cataloged and analyzed. That’s where you, Bug Lover, come in. You can look up BioBlitzes, where you join groups cataloging all kinds of plants and creatures in your area, here.

Another big-deal bug-friendly action you can take on in your area is to get more native plants up in there. Every time you put in a palm tree where evergreens are supposed to grow, you’re putting in something a native insect isn’t going to be able to eat or live in.

Lawns, in general, are pretty much the enemy for healthy insect habitats. All the herbicide and insecticide and fertilizer and mowing and trimming — it’s going to make your multi-legged compatriots more likely to fly or crawl away home. If you’re a renter like me — or even if you want to go beyond the boundaries of your own property — you can also turn your attention to spaces like road medians and public parks and push the city council to get them the native plant treatment. (This list, from the Xerces Society, is a great resource for native plants across North America.)

But back to the main reasons some bugs are most likely disappearing: human development, industrial agriculture, climate change. Wow! Really big, systemic things that are hard to tackle! It would be hard for you to do it all by yourself!

Cue the usual Umbra siren of civic engagement to remind you to petition your local elected officials to push for legislation that nourishes natural habitats. Even the most concrete-filled city has space for a few trees and bushes, which could be both home and dining hall to millions of insects.

My last point: Not all the crawling or flying little things who need your help will be sweet honeybees (in fact, some of them — like spiders and centipedes — may not be insects at all), and you need to be OK with the more shriek-inducing creatures as well. Cuteness is not always a factor in what’s best for your local ecosystem. You love ants? Great, you may also need to rep the Acorn Weevil. You’re down with butterflies? The Confused Haploa moth may need your allegiance, too. It’s very confused!

And while we’re saving insects, I guess stop squishing spiders too? I know. I need to work on that one as well.