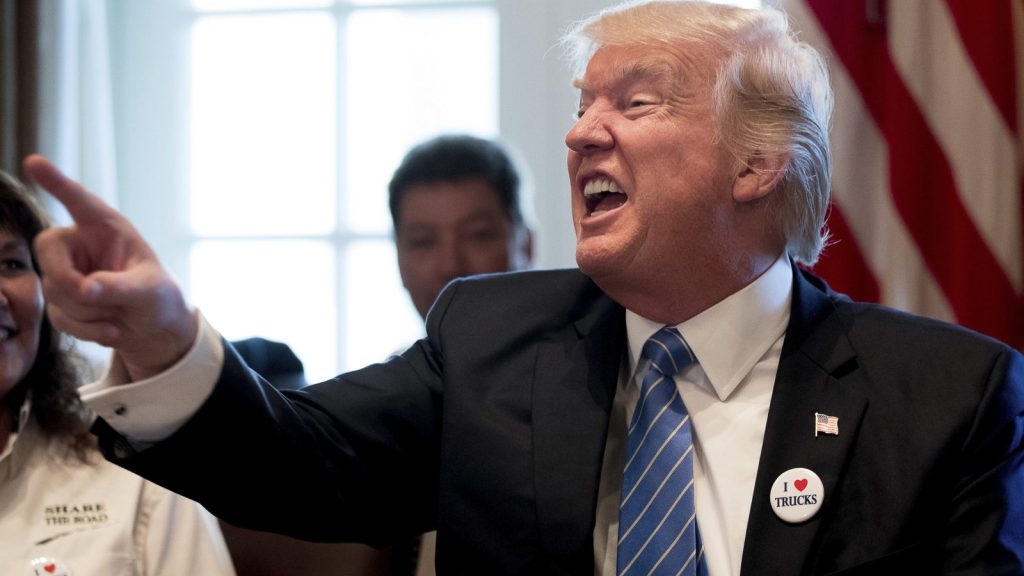 President Trump has been threatening to get rid of California’s special ability to set stricter emissions standards for vehicles for more than two years. On Wednesday morning, he took to Twitter to make it official. His reasoning reflected a misunderstanding held by Americans of all political stripes, but, yes, it was still hogwash.

“The Trump Administration is revoking California’s Federal Waiver on emissions in order to produce far less expensive cars for the consumer,” he wrote, “while at the same time making the cars substantially SAFER.”

Let’s consider that last word Trump shouted at all of the internet. He emphasized the purported “safety” of bigger, higher-polluting vehicles three times during his three-tweet-long thread. The thing is, revoking the ability of California to set its own rules will not make anybody safer — it will put more lives at risk.

Trump is hardly alone in thinking that bigger is better. There’s a popular idea that if you find yourself behind the wheel of a hurtling metal box every day, you ought to drive a king-size Chevy Suburban instead of a fun-size Chevy Volt because it’s safer (never mind that top-heavy SUVs are more likely to roll over).

Compared to what your Suburban crashes into, sure. You might not even notice if you ran over a cyclist or a pedestrian. But what about the rest of us? The more heavy vehicles on the road, the more dangerous it becomes for everybody: drivers of small cars, pedestrians, cyclists, and even other drivers of big cars. See Newton’s second law of motion: The force of an object is its mass multiplied by its acceleration. You learned this in high school.

California’s stronger auto-emissions standards are followed by more than a dozen other states, and they encourage automakers to make all of their vehicles smaller and lighter. It’s a simple trick to make them burn less gas and therefore release less CO2. And get this: A 2017 study from the National Bureau of Economic Research found that reducing the overall average weight of vehicles on the road would also reduce the number of fatalities from traffic accidents. So even if you don’t give a hoot about emissions (see Trump), fuel standards save lives.

But emissions matter, too, because dirty air from tailpipes kills more people than traffic accidents. Breathing air pollution increases your risk of getting a heart attack or a stroke. An MIT study from 2013 found that vehicle pollution leads to the premature deaths of roughly 53,000 people each year. Last year, by comparison, about 37,000 people died in car crashes, according to the National Highway Traffic Safety Administration.

What’s more, transportation is the country’s single biggest source of CO2. Hate to break it to you, but our overheating planet is spreading heat stress, malnutrition, and tropical diseases like dengue fever and Zika, among other killers. Climate change is predicted to kill some 250,000 people a year from 2030 to 2050, according to a World Health Organization estimate from a few years back. Today, researchers consider that prediction to be “conservative.”

So, stricter emissions rules would avoid some of these deaths related to pollution, our warming planet, and car crashes. That’s SAFER.