As Gordon eyes the Gulf Coast, America’s most vulnerable shoreline girds itself 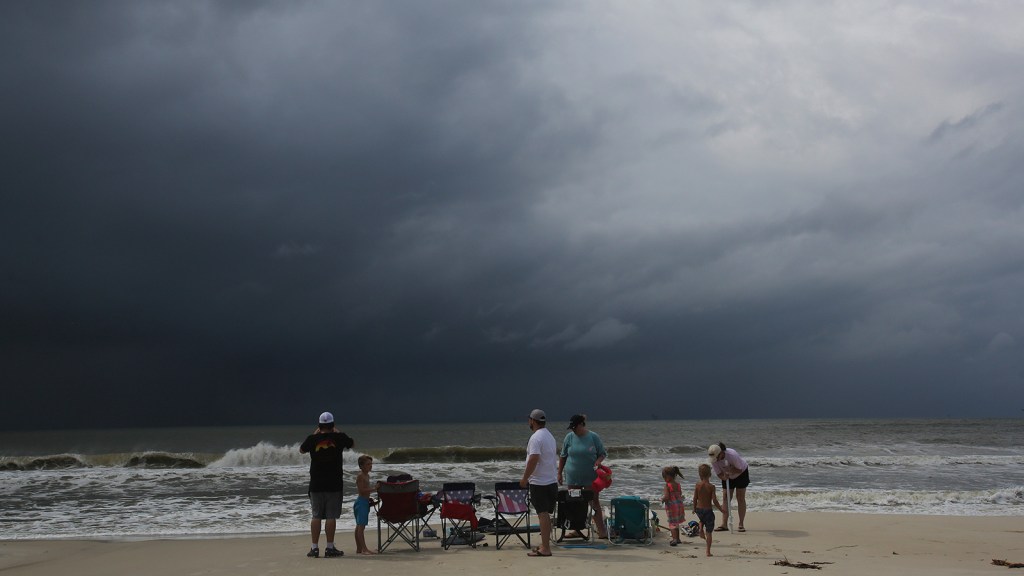 As Gordon eyes the Gulf Coast, America’s most vulnerable shoreline girds itself

Though Gordon’s impact isn’t expected to be catastrophic, its arrival brings into focus the sluggish efforts underway to protect the country’s “third coast.” The largely poor and strikingly under-resourced region spanning from Texas to Florida is the more susceptible to heavy rain than any other part of the continental U.S. And it’s seeing more downpours as the atmosphere warms.

The National Hurricane Center expects Gordon to reach hurricane strength by landfall late Tuesday and produce up to five feet of “life-threatening” storm surge and as much as a foot of rain. That precipitation will pile on after a week of unrelated torrential showers, heightening concerns about flooding.

Over the long weekend, as Gordon neared land, the city of New Orleans declared a state of emergency. Louisiana closed dozens of storm surge barriers constructed after Hurricane Katrina battered the region in 2005. In Mississippi, coastal cities issued mandatory evacuations and opened storm shelters for those who need to leave their homes.

There’s been a recent lull of high-profile hurricanes in Louisiana, Mississippi, and Alabama, but the Gulf Coast’s vulnerabilities go far beyond the attention-getting late summer storms. By many metrics, it’s the region most at risk — and least prepared — for climate change.

A study published last year in Science magazine showed that for the country’s poorest counties, largely located in the Southeast, climate change could exacerbate already-pervasive economic inequality. If the region continues along a business-as-usual trajectory, warming could knock 20 percent off average incomes as a result of declining crop yields, rising electricity costs, and worsening public health. Mississippi doesn’t even have a plan, and for the most part, the epicenter of America’s offshore oil industry isn’t concerned with the looming disaster on its doorstep.

“Our analysis indicates it may result in the largest transfer of wealth from the poor to the rich in the country’s history,” Solomon Hsiang, the Science study’s lead author, told the New Orleans Times-Picayune. Thirteen years after Hurricane Katrina devastated the Mississippi coast, some communities have been largely abandoned as rising insurance costs have made rebuilding housing prohibitively expensive. In New Orleans, the unequal recovery has looked different for white and black residents.

But it doesn’t take a hurricane to cause a catastrophe anymore. Even more worrying than storms like Gordon is the increasing damage from non-tropical rainstorms. In 2016, an unnamed week-long deluge in Louisiana became one of the country’s worst flooding disasters in history.

Within 50 years, increasingly heavy rains and rising sea levels will be enough to swamp the effectiveness of the recently-reinforced levee system that’s supposed to protect New Orleans from Tropical Storm Gordon. In that worst case, according to a 2015 report by experts at the National Center for Disaster Preparedness: “Climate change is likely to make the Gulf Coast less hospitable and more dangerous for its residents, and may prompt substantial migration.”

Though hurricanes may come less frequently overall, the ones that do arrive will could be horrific. Last year, a study focusing solely on Gulf Coast hurricanes found that by late century, warming waters may help storms approach their theoretical maximum strength more often. That means more Category 5 monsters. (And bear in mind, Katrina entered Louisiana as a Category 3 hurricane.)

Though Gordon may pass without many headlines, there will likely be hundreds or thousands of families who will have to endure the increasingly familiar process of de-mucking their flooded belongings, hauling away cherished possessions to the dumpster, and wondering what the future has in store. The bad news is that without radical changes on the Gulf Coast, the future is already here — hotter, wetter, and more dangerous.