As Hurricane Dorian aid stalls, frustrated Bahamians take relief into their own hands 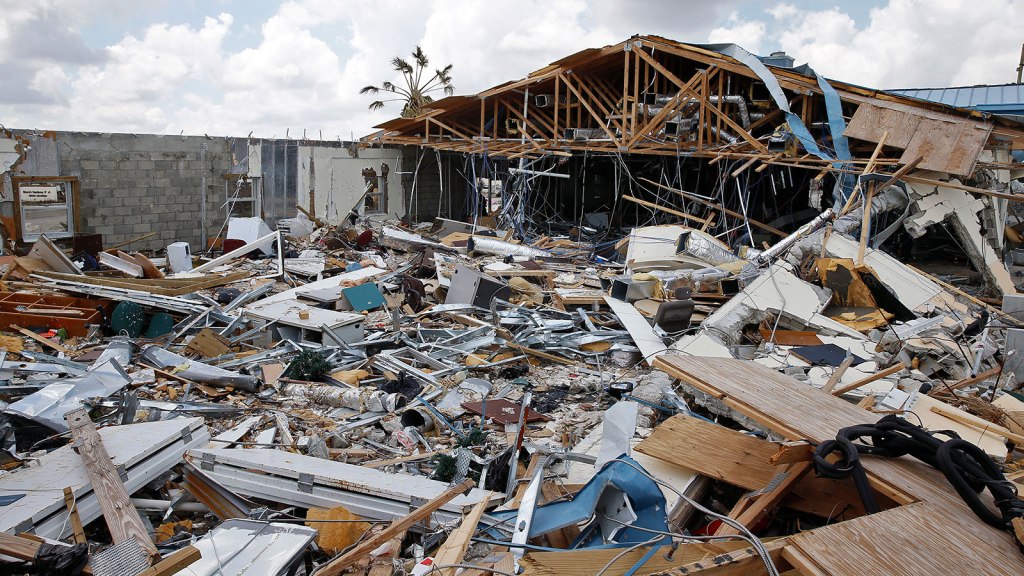 Jose Jimenez / Getty Images
DOING IT ON THEIR OWN

As Hurricane Dorian aid stalls, frustrated Bahamians take relief into their own hands

When the floodwaters of Hurricane Dorian receded, Crystal deGregory decided it was safe to step out of her mom’s home in Grand Bahama. Driving around, she spotted people drying out their drenched belongings, while others rummaged through the rubble and what was left of their homes after the catastrophe.

Hurricane Dorian is tied for the most powerful Atlantic hurricane to make landfall on record, after battering the Bahamas with up to 220 mph winds for 40 hours straight last weekend. As of Friday morning, Hurricane Dorian’s official death toll was at 30, but thousands are still missing, and the islands’ health minister has warned that the final death count will be “staggering.”

The material devastation is staggering, too. According to a report by the insurance agency Karen Clark & Company, the Category 5 storm could cost the Bahamas a total of $7 billion in insured and uninsured losses.

As the death toll rises and Bahamians await food, water, and other supplies, there is a growing sense of frustration toward government officials. “The government is doing what governments do, what they think is best regardless of whether or not it is,” DeGregory, a historian and writer, told Grist. “But when you don’t tell the complete truth, you erode public trust.”

In the absence of a coordinated government response, many Bahamians, including deGregory, have turned to social media for help, promoting GoFundMe campaigns, looking for missing persons, and sharing information about available resources. “I’ve long been on Twitter to raise awareness on important issues,” deGregory, whose tweets summarizing the state of affairs in the Northern Bahamas went viral on Friday. “Today’s advocacy is for the most important issue, and that is human lives.”

Although Hurricane Dorian damaged electricity networks on Grand Bahama and Abaco islands, most phone networks have been restored since the storm subsided. And as one of the few people with any signal during the storm, she immediately turned to social media so that “people can be aware of what is happening in the Bahamas, and that it encourages them to give us aid.” For the past week, DeGregory has using her Twitter account to signal-boost other Bahamanians’ requests for aid, on-the-ground reports, complaints about government inaction, and expressions of strength and resilience

“Social media can be used for noble causes,” deGregory said. “The Bahamas is a great example of this. Other nations will be wise to learn from this, even if it was a painful example.”