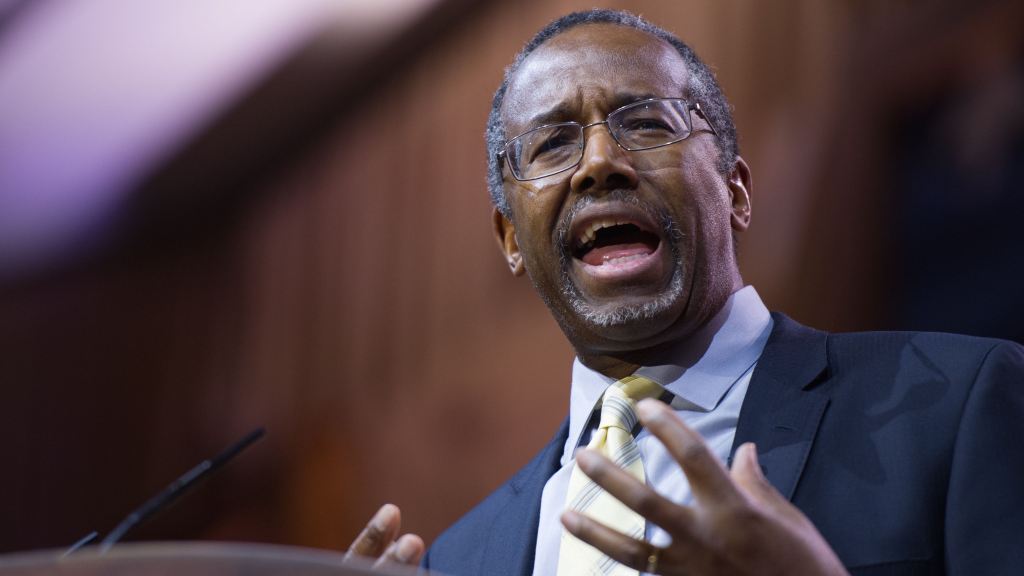 Of all the head-shaking weirdness of the 2016 presidential race, the candidate who most confuses me is Ben Carson. For one thing, why does he think he’s qualified to be president? The closest he’s come to holding any kind of office is his flag pin. And how exactly does Carson get his blood pressure so low? The man can be on stage in front of a national audience with Ted Cruz barking in his face and he looks like he’s about to take a disco nap. It’s remarkable.

But even more remarkable is how someone who is apparently very, very smart can be so very, very dumb — especially when it comes to climate change. Carson is a neurosurgeon for Christ’s sake — surely the guy has more than a couple of neurons knocking around his head — but some of the things that come out of his mouth make Homer Simpson sound like Stephen Hawking.

I’m not the only one curious about this cognitive dissonance. ThinkProgress reports that at a campaign event in Iowa City on a Friday, voter and graduate student Daniel Schnall asked Carson why, despite all evidence, Carson still doesn’t accept the science of climate change: “The experts in the scientific community overwhelmingly agree that climate change is a problem. Can you explain that discrepancy, and why you’re not willing to listen to the experts?”

“I don’t subscribe to the politicization of the environment, because that’s what leads to things like the Clean Power Plan,” Carson responded. “The EPA has said that if we implement every aspect of the Clean Power Plan, it will lower the temperature of the Earth by 0.05 degrees Fahrenheit … that’s the benefit. The cost is billions of dollars and millions of jobs. That doesn’t make any sense, because that is ideologically driven.”

There’s so much wrongness packed into that answer that it’s hard to even process it all. First, Carson didn’t answer the question — he completely dodged the issue of science and just complained that he doesn’t like Obama’s Clean Power Plan, which is designed to cut CO2 emissions from power plants.

And Carson clearly has not been listening to experts on policy either. As ThinkProgress points out, multiple studies have found that transitioning to renewable energy will be a net job creator, not a net job killer. One study concluded that the CPP is likely to increase employment by up to 273,000 jobs, as InsideClimate News reports:

Even though jobs would be lost among workers at money-losing coal mines (perhaps 10,000 jobs) and at old, inefficient power plants that would be shut down rather than cleaned up (about 40,000), there would be many times more jobs created among those hired to build cleaner new plants or to install pollution controls. And because the EPA’s plan also encourages conservation of electricity and switching to renewable fuels, jobs in those sectors would grow, as well.

Carson is actually going against his own church on the issue of climate change. The Seventh-day Adventists both acknowledge that climate change is human-driven and think government needs to do something about it. As far back as 1995, the church called on governments to curb CO2 emissions, and this past December it expressed support for efforts to reach a global climate deal in Paris. In fact, the church encourages a pretty green way of life in general: “Seventh-day Adventists advocate a simple, wholesome lifestyle, where people do not step on the treadmill of unbridled consumerism, goods-getting, and production of waste,” the church explains. “We call for respect of creation, restraint in the use of the world’s resources, reevaluation of one’s needs, and reaffirmation of the dignity of created life.”

Regardless, as caucus and primary season begins and Carson sinks ever lower in the polls, we’ll probably hear the last of him — and his wild ideas — soon enough. At least, that is, until 2020.