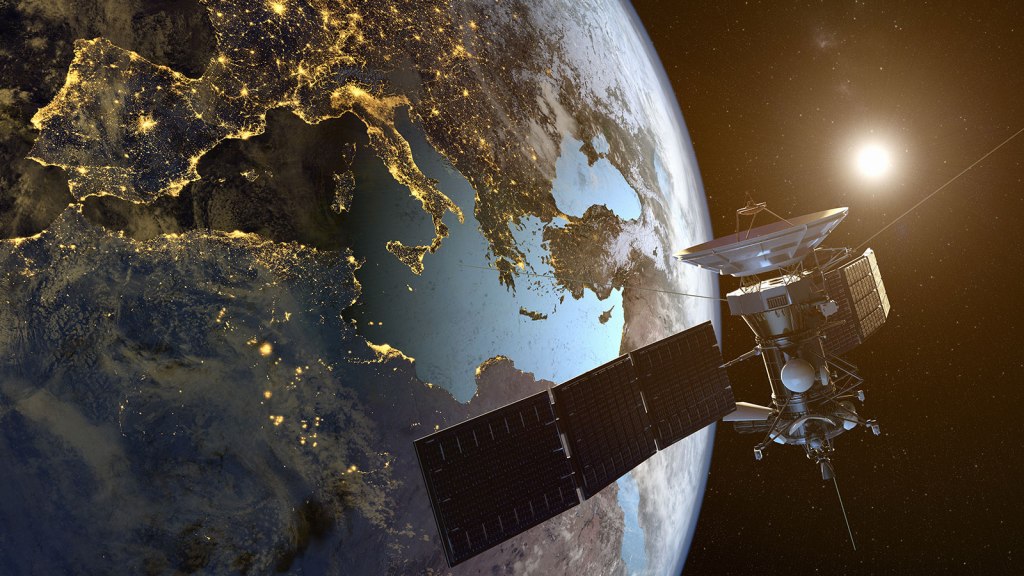 Gavin McCormick is co-founder and executive director of WattTime, an environmental tech nonprofit that makes it easy for anyone to slash pollution without compromising cost, comfort, or function. He was named to the Grist 50 in 2017.

There isn’t an 80s kid out there who could forget this inspiring childhood favorite: The new kid at school is getting pushed around until Mr. Miyagi steps in and gives him the tools he needs to face his oversized bullies. I admit that Karate Kid may have traded in a stereotype or two, but the basic story is universal — and now it’s getting a 2019 reboot on a much larger scale.

Our bullies aren’t punching our lights out, they’re destroying our health and planet by spewing untold greenhouse gas emissions. And instead of karate-chopping our way out, we’re using a worldwide fleet of infrared-sniffing satellites backed by the latest AI. The most exciting part of all is, this time, the Karate Kid is you.

I run a small but tech-savvy environmental nonprofit called WattTime. We’ve created software that allows people, companies, and even small governments to take charge of how their energy is made — with wind and sunshine, or coal and gas — rather than leaving that up to powerful, moneyed interests. Now we’re going one step further. We’re creating a tool that will expose the true environmental impact of some of the heaviest polluters on the planet, and then we’re going to give you the power to do something about it.

The new project, backed by a grant from Google.org, will watch and measure the emissions from every large power plant in the world — even those that have until now managed to keep their emissions under wraps. With the help of our partners at fellow nonprofits Carbon Tracker and World Resources Institute (WRI), we’ll then share the results with everyone who has a right to know (which is anyone who breathes air).

Within the next 1-2 years, we’ll integrate data from a global network of satellite-based sensors that will circle the planet to act as the sustainability movement’s eyes. These sensors will detect signs of emissions, like heat near smoke stacks, for example. Combine that with the latest image-processing algorithms, and we’ll be able to measure, in near-real time, carbon dioxide and other emissions contributing to everything from climate change to smog.

Now, geeking out about data and AI algorithms is fun, but what matters more is what we as a society can begin to address once we have all that information. The first is a planet problem, and the second is a people problem.

By now, we’re all beginning to grasp (or completely panic over) the first issue. From a macro perspective, fossil fuel emissions are the leading cause of climate change and must be kept in check. But of course, pollution is even bigger than “just” climate change. The World Health Organization estimates that 4.6 million people die per year because of air pollution. So while the U.N. warns we have about twelve years to figure out our climate woes, air pollution is in fact already the fifth-biggest cause of death worldwide.

Now take these two outright crises and mix in the fact that many power plants around the world are quietly hiding the full scale of their pollution from their neighbors, the press, their investors — sometimes even environmental regulators who have legal authority to monitor these companies. A few countries, including the U.S., have pollution monitors in place at nearly every power plant, but these are extremely costly, and we have no way to install them everywhere worldwide.

But this project is about much more than unveiling data that has, until now, been totally hidden. It’s the fact that we can all use those data to catalyze change. Accurate global emissions information can help us create and enforce new environmental policy. It can act as the fuel necessary to spur local activism and get citizens more involved. It may even keep us on track to meet the eye-widening, gulp-inducing goals of the Paris Climate Accord to stave off the worst effects of climate change. These data can give each of us the upper hand.

I’ve been analyzing environmental data sets for ten years now, and I’ve never seen anything like this. Not only are our algorithms starting to give us unprecedented transparency into global pollution, but green groups of all kinds are joining forces to further the effort.

Do you want to team up? Here’s how you can join our story, and we can join yours:

I see an impressive number of responsible companies and governments ditching fossil fuels in favor of clean alternatives daily. But there are still plenty of polluting bullies who don’t play nice with the law or their neighbors, and I believe they consistently underestimate just what a world full of underdogs is capable of.

I know it will take more than a little “wax on, wax off” to save our planet, but thanks to the democratizing power of AI, we now have an opportunity to jump straight to black belt status and stand up to a world full of bigger kids in an instant. With the climate crisis worsening and too many companies and governments resisting accountability, there’s more on the line than ever before. We hope you’ll join us.