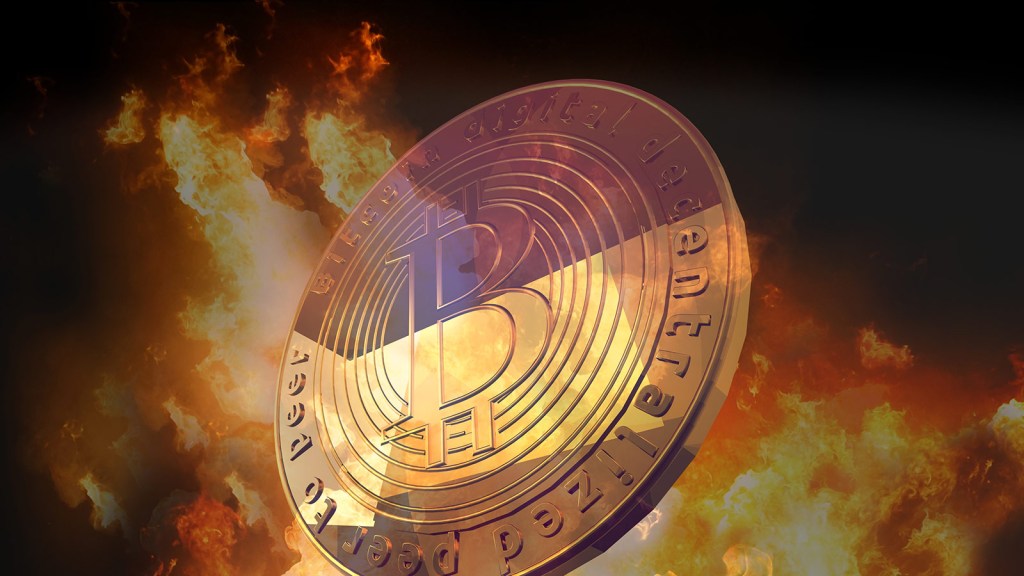 In 2013, we found out that Bitcoin mining might be bad for the environment, since the process requires a lot of computing power and therefore a lot of energy, and we were like:

Then in 2017, we heard about findings that said the electricity needed for cryptocurrency would soon outpace what’s available, requiring new power plants to come online to feed the demand, and we were like:

Six months later, we read a study that found that Bitcoin’s energy usage had doubled since that last study came out and was expected to double again in the same amount of time, and we were like:

By the end of 2018, when a new study found that Bitcoin could single-handedly push the planet to 2 degrees C of warming and lock in catastrophic climate change, we were like:

But now, there’s new evidence that Bitcoin’s energy footprint might not be as high as previously reported.

A recent study published in the journal Environmental Science and Technology did a life-cycle assessment of the Bitcoin mining network and arrived at a lower carbon footprint than previous studies. The study’s authors calculated a total of 17.29 metric tons of CO2 equivalent emitted in 2018, as compared to other studies that reported anywhere from 22 to 63 metric tons.

The difference primarily came down to the way they looked at carbon emissions in China. The authors estimate that more than half of all Bitcoin mining takes place there. They claim that earlier assessments assumed carbon emissions from electricity generation were the same everywhere in the country, but that’s not the case. Some regions, like inner Mongolia, burn a lot of coal, while others, like Sichuan, use more hydropower. When the researchers broke down emissions by region, the total global Bitcoin footprint came down significantly.

The findings certainly don’t let those libertarian nerdbucks off the hook. “On the one hand we have these alarmist voices saying we won’t hit the Paris agreement because of Bitcoin only,” Susanne Köhler, one of the authors of the study, told New Scientist. “But on the other hand there are a lot of voices from the Bitcoin community saying that most of the mining is done with green energy and that it’s not high impact.” The truth is somewhere between these extremes.

The problem with all of these estimates is that there just isn’t enough reliable data on the cryptocurrency to calculate its footprint with a high level of certainty. The academic literature on Bitcoin is thin. In this case, the authors attempted to use an established method — a life-cycle assessment— that had not been used in previous studies. But they still had to make several assumptions about where cryptocurrency mining is taking place and what equipment is being used, both of which they think deserve more research. “It is important to highlight that this analysis and its results are characterized by an intrinsic uncertainty,” they write.

In other words, scientists still don’t fully understand what Bitcoin is doing to the planet. Which makes us feel better about the fact that we don’t understand how the hell Bitcoin works in the first place.