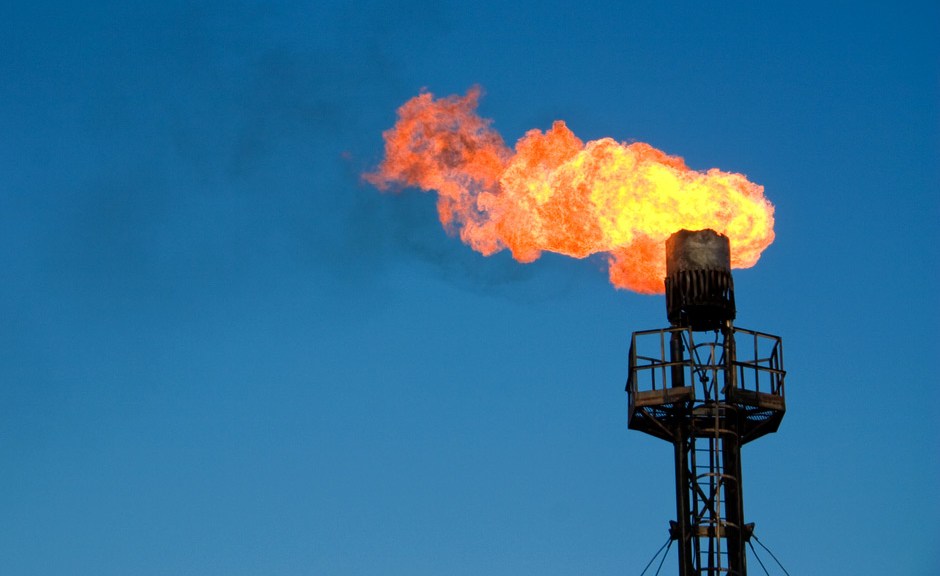 A methane leak in Southern California could be the worst environmental disaster since the BP oil spill, Gizmodo reports.

The leak was discovered outside Los Angeles in late October, at a natural gas storage site owned by Southern California Gas Co. It has been bleeding methane at a rate of up to 110,000 pounds per hour for the past two months.

That much methane in the atmosphere is climate catastrophe: According to the EPA, methane “is more efficient at trapping radiation than CO2. Pound for pound, the comparative impact of CH4 [methane] on climate change is more than 25 times greater than CO2 over a 100-year period.” To date, the leak has emitted nearly 74,000 metric tons of methane, or the equivalent of burning 700,000,000 gallons of gasoline.

The source of the leak, according to Southern California Gas Co., is an underground storage container near the upscale Porter Ranch neighborhood hood in Los Angeles. Residents there have “suffered headaches, nosebleeds, nausea and other symptoms from the escaping gas,” reports the AP. Southern California Gas has paid to relocate over 2,000 displaced residents, with 3,000 more in the process of moving. Two schools have also been temporarily closed in response to health concerns.

The company estimates the leak won’t be stopped until next spring.

This disaster “is an example of the type of risks we face as natural gas infrastructure ages, and is a sobering reminder of how important it is to have rules that ensure gas stays in the pipeline — not in our air,” writes the Environmental Defense Fund.

You can see this disaster unfolding in infrared footage captured by the EDF on Dec. 17th.