You don’t have to be a world-class economist to know that if you have a product (supply) that lots of people are willing to pay for (demand), you probably shouldn’t kill whoever’s making it. Unfortunately, that’s exactly what we’re doing to wild bees in this country, and those little buzzers are responsible for the greatest product of all — food.

In a new study published in the Proceedings of the National Academy of Sciences, researchers report that wild bees are on the decline in the U.S., especially in agriculture-heavy regions of the Pacific Northwest, the Midwest, California, the Great Plains, West Texas, and the southern Mississippi River valley.

This is a problem, because even if you fear and despise bees more than the devil himself, you presumably like food. Native pollinators like wild bees are responsible for more than 20 percent of America’s agricultural gross domestic product — about $3 billion of the industry’s annual income. Here’s more from the study:

This map shows those 139 counties where the supply and demand mismatch is greatest: 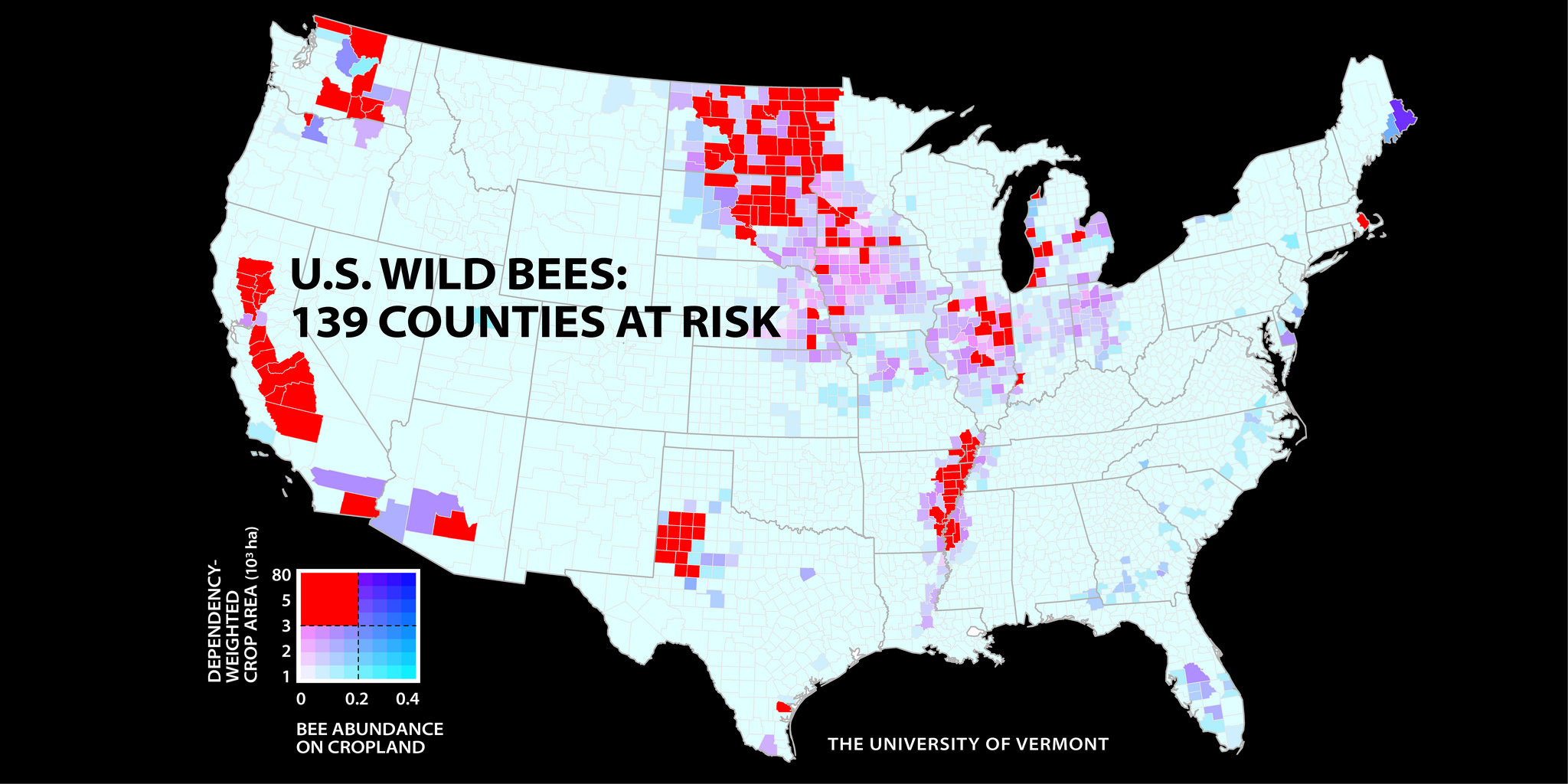 To make matters worse, many of the key crops in these hard-hit areas are the ones that most rely on wild pollinators, the researchers report. These include pumpkins, blueberries, peaches, apples, and watermelons.

This study marks the first time that we’ve had a comprehensive look at wild bee abundance in the U.S. — an important milestone, the researchers note, because the government issued a presidential memorandum in June 2014 calling for the protection of pollinator habitat.

And now, we have this beautiful — though disconcerting — map of that habitat: 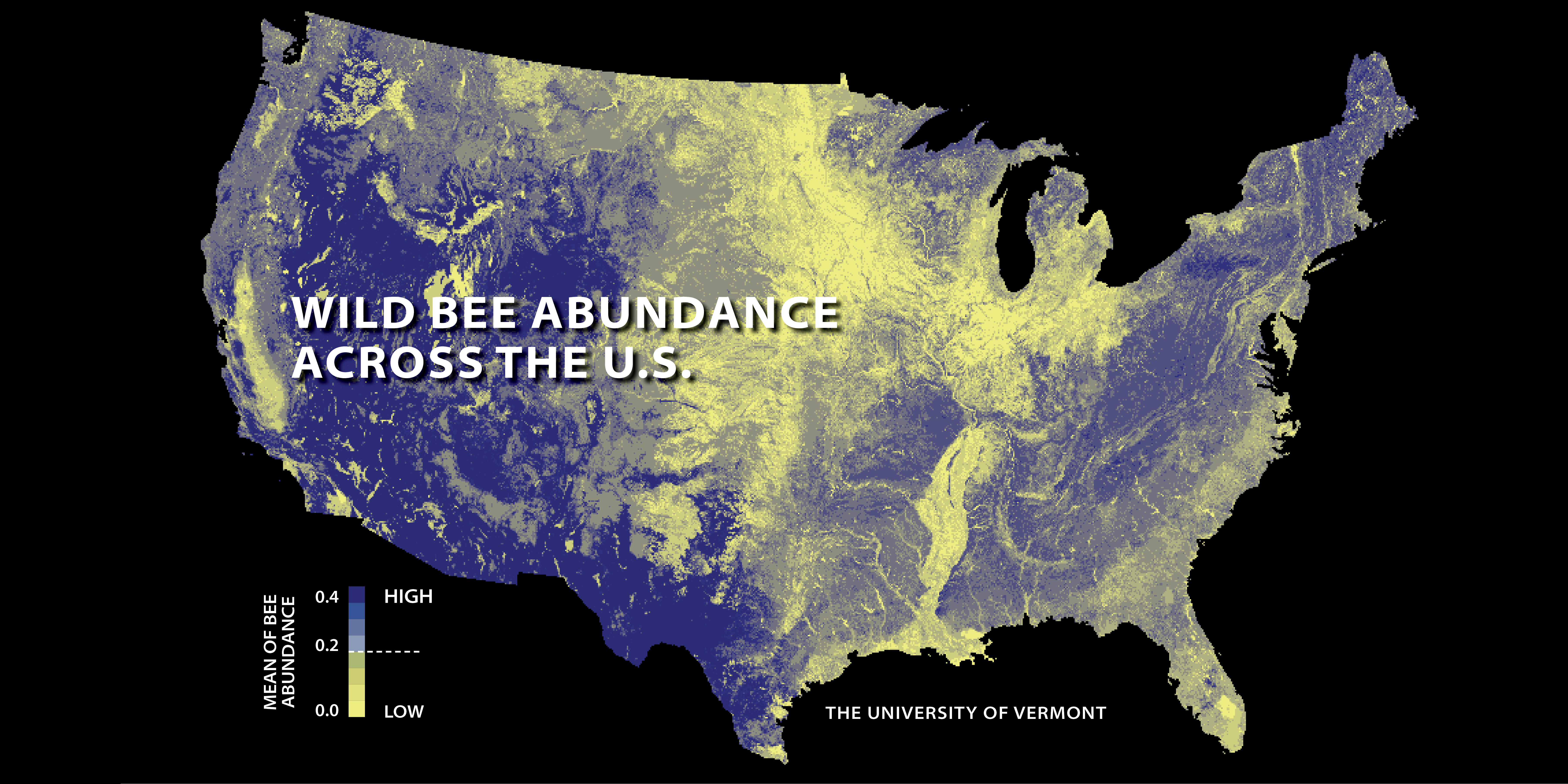 As Taylor Ricketts, a professor in the University of Vermont’s Rubenstein School of Environment and Natural Resources and one of the study’s co-authors, said in a press release: “Wild bees are a precious natural resource we should celebrate and protect. If managed with care, they can help us continue to produce billions of dollars in agricultural income and a wonderful diversity of nutritious food.”