GOP elites helped create climate skepticism. They can undo it, too. 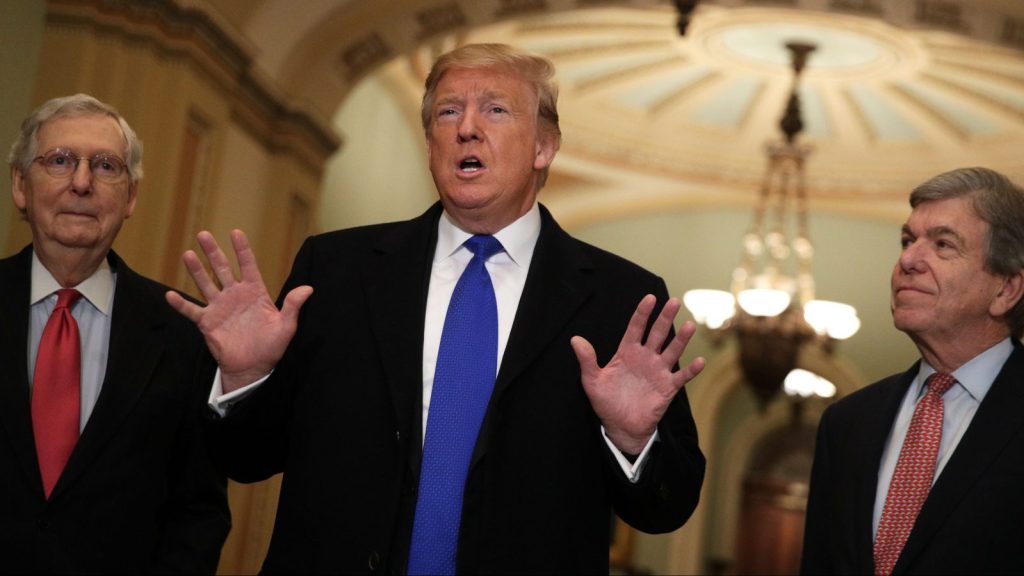 GOP elites helped create climate skepticism. They can undo it, too.

Right now, swaths of the western United States are charred from major wildfires. Parts of the South are still recovering from a busy hurricane season. Many Midwestern farmers pulled in a fraction of their yearly corn and soybean harvests after alternating floods and droughts decimated their fields. Climate change has left its fingerprints all over the country. And yet one of the nation’s two major political parties is still, for the most part, skeptical of the scientific consensus on global warming.

The reason for this is actually quite simple: Americans take their cues from political elites — the Nancy Pelosis and Mitch McConnells of the political establishment. A paper presented at the Toronto Political Behaviour Workshop in November shows that, when Republican politicians deny climate change, their constituents follow suit. More importantly, when prominent Democrats embrace aggressive climate action, it pushes Republicans even further into the climate skeptic camp.

By analyzing 20 public opinion polls and conducting a survey of 3,000 Americans, the paper’s authors found that the way party elites talk about climate change was the most consistent predictor of climate skepticism in the public compared to factors like media framing, oil prices, and the unemployment rate. Polarized statements from party elites had little to no effect on the climate skepticism of people who identify strongly as Democrats, since those folks generally understand and agree with the scientific consensus behind climate change. But elite cues caused an increase in polarization among Republicans.

Evidence of this phenomenon is stamped all over the past three decades. As the paper points out, polling shows that Republicans have grown much more skeptical of climate science since the 1990s. In 1997, for example, Republicans “had beliefs in climate science comparable to Democrats.” But in the intervening decades, Congress has grown more polarized — and so have voters.

Studies have long hinted that the actions of political elites have an effect on the public’s perception of climate change. But researchers tend to focus on other factors, like the way the media communicates climate change to the public, the work of climate denialist groups, or the messaging techniques Democrats can use to get Republicans on board.

The new findings present a sticky catch-22: The path toward de-escalating the climate change discourse is through the GOP, but the GOP is in no hurry to embrace climate action (in no small part because the oil and gas industry has invested a pretty penny in keeping things that way). Democratic elites need to ease off the climate rhetoric in order to stop reinforcing climate skepticism among Republicans, but many Democratic voters are currently putting pressure on their party elites to embrace an aggressive climate action agenda.

As Jerry Taylor, president of the think tank the Niskanen Center, wrote in a tweet, “We’re not going to get anywhere without changing either the minds or the messaging com[ing] from GOP political leaders.”

The good news is that Republican climate skepticism isn’t written in stone. There is a way to turn the tide, and we might not even have to wait until the Capitol is under 6 feet of water. Republican strategists are starting to worry that, unless the party changes its tune, young, climate-conscious Republican voters will abandon ship. In recent surveys of Republican voters on the issue of climate change, young conservatives align more with the Republicans from 1997 than with the current establishment. In June, veteran Republican strategist Frank Luntz sent a memo to congressional Republicans warning that climate change is “a G.O.P. vulnerability and a G.O.P. opportunity.”

There are even signs that the ultimate Republican party elite, President Trump, could start touting his “climate victories” in an effort to defend his environmental record on the campaign trail. During a conversation with reporters at the White House on Tuesday, the president made a surprising statement about climate change. “Honestly, climate change is very important to me,” he said in response to a question from Washington Post reporter. That’s a departure from previous statements he’s made about climate change (namely, that it’s a hoax manufactured by the Chinese).

TRUMP: "Climate change is very important to me. I've done many environmental impact statements over my life and I believe very strongly in very, very crystal clear, clean water and clean air. That's a big part of climate change." pic.twitter.com/aUR441egxN

Despite Trump’s newfound concern about rising temperatures, it’s clear the GOP is still firmly in the polarization phase of its climate change journey. But it’s just a little bit heartening to know that everyday Republicans could turn the corner if enough GOP elites acknowledge the crisis.