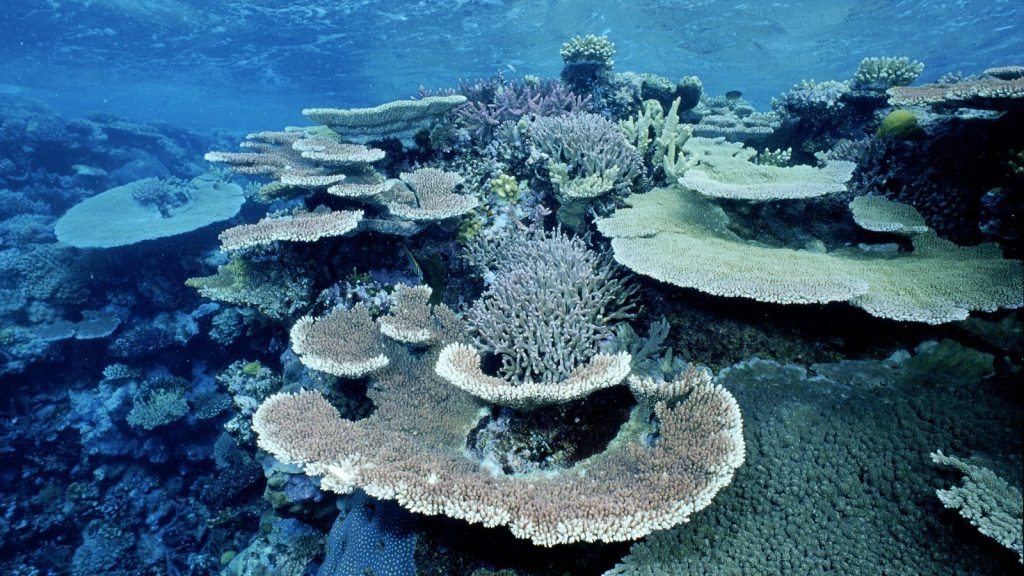 The deadly back-to-back bleaching events that hammered Australia’s Great Barrier Reef in 2016 and 2017 led to a collapse in the recruitment of new corals, severely affecting the ecosystem’s ability to recover from the devastation.

That’s according to a new study published Wednesday in the journal Nature, which found that the number of juvenile corals that settled across the entire Great Barrier Reef in 2018 was 89 percent lower than historical averages before major bleaching events. The loss of so many mature adults during the climate-change-driven ocean heat waves left the ecosystem — the largest living structure on the planet — largely unable to replenish itself.

The report highlights the plight of corals in a warming world.

Along with an overall shortage of offspring, the study documents an alarming shift in the makeup of coral larvae. Dominant branching staghorn corals and table corals, the species that provide most of the habitat on the reef, produced fewer offspring than less-common stony corals. It’s a change that is likely to reduce the diversity of the reef, leaving it less resilient to future warming.

“The whole way that the Great Barrier Reef is behaving has changed,” Terry Hughes, the study’s lead author and the director of the ARC Center of Excellence for Coral Reef Studies, said by phone. “The mix of adult species is different. The mix of baby species is radically different. And the way it’s interconnected has shifted.”

The Great Barrier Reef has been hit by four mass bleaching events since 1998. Nearly 30 percent of the reef died off in 2016 alone. Scientists at the time described the damage at places like Lizard Island, in the northern part of the reef, as “so, so sobering” and warned that “something akin to a train crash” was about to occur.

Hughes said that under normal conditions, it would take about 10 years for coral recruitment to bounce back.

“The adult population will need to reassemble,” he said. “There’s a dearth of large, highly productive corals in the system. It will take some time to regroup so the production of larvae gets back up to normal levels.”

But with climate change forecast to drive more frequent extreme heat waves, Hughes said, “the big question is whether we’ve got the luxury of a decade for that recovery to fully unfold.”

Coral bleaching is a phenomenon in which heat-stressed corals turn white after expelling their algae, which provide most of the coral polyps’ energy. If not allowed to recover free of stressors, the corals can perish. The most recent bleaching event, which lasted from June 2014 to May 2017, was the “longest, most widespread, and possibly the most damaging coral bleaching event on record,” Coral Reef Watch said.

Scientists say failing to cut global greenhouse gas emissions would spell doom for reefs around the globe. A U.N.-backed study published in 2017 predicted that “annual severe bleaching” will affect 99 percent of the world’s reefs within the century. The U.N. Intergovernmental Panel on Climate Change warned in a dire report late last year that the world’s tropical reefs could decline by 70 to 90 percent with an average global rise of 1.5 degrees C from preindustrial temperatures ― the upper limit that is the goal of the Paris Climate Accord. At 2 degrees C warming, 99 percent of reefs could be lost. And the latest federal climate assessment, released by the Trump administration in November, concluded that the loss of unique coral reef ecosystems “can only be avoided by reducing carbon dioxide emissions.”

Hughes said that the Great Barrier Reef is undergoing rapid change and is in serious trouble but that it’s not too late to save it from total destruction.

“It still has a pulse,” he said. “I think if we can hold global warming to 1.5 degrees C, we will certainly still have a Great Barrier Reef, but the mix of species will be quite different from today.”