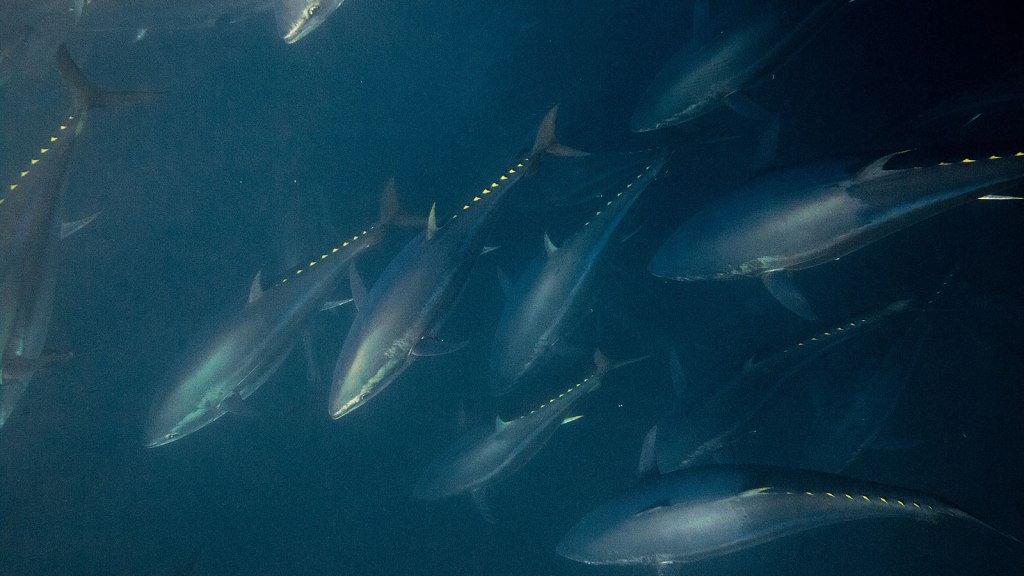 It may not be a cataclysmic turning point in the climate crisis, but global warming has officially come for your fish tacos. According to a new study published in the journal Nature on Wednesday, higher ocean temperatures are causing the mercury content of certain fish to increase despite regulations aimed at reducing the amount of the heavy metal in our seafood.

For those of us that partake in pescatarian fare, eating fish can feel like a nutritional minefield. We’re told it’s good for us because it’s a lean protein source that has essential fatty acids. But we’re also not supposed to eat too much of it because of certain species’ high mercury content. That leaves us with mystifying health advice like, “eat one to two cans of tuna per week but no more,” or, for pregnant women, “stay away from big fish like swordfish, but do eat cod occasionally.”

(Also, should you even eat fish to save the planet? We investigated that here.)

In short, figuring out how/if to eat fish was already complicated. And unfortunately, global warming seems to be making those waters even murkier.

Emissions of mercury have declined over time, which should theoretically result in a decrease in its levels in seafood. But that doesn’t seem to be the case, especially when it comes to big ‘predatory’ fish, like swordfish and tuna, according to the new study. One of the potential reasons is overfishing, which can change species’ diets by altering the availability of certain links in the underwater food chain.

For example, Atlantic cod traditionally feed on haddock but have had to shift toward eating more, uh, juicy Maine lobster (wow, what slim pickings). Because lobsters usually have less mercury in them than haddock, cod’s overall mercury content has gone down. But other species like the dogfish have not been so fortunate. Deprived of their usual diet of herring, dogfish have been gobbling up more squid and octopuses, which are higher in mercury.

And here’s where climate change comes into play: as waters warm, the researchers found, big fish like bluefin tuna have to expend more energy just to survive, so they end up eating more. Like humans after a workout, their metabolism shoots up, and they simply need more calories. So overheated fish are ending up with higher levels of mercury because they’re eating more mercury-containing food than usual.

So what will happen to seafood guidelines in the future if mercury emissions remain low but ocean temperatures and overfishing keep rising? Researchers say it depends on the fish. Fans of Atlantic bluefin tuna (the canned stuff), for example, should start lobbying for climate action ASAP. While mercury levels in the popular fish have indeed fallen thanks to reduced emissions, warming temperatures will almost entirely reverse those gains by 2030.

So if you want to just keep swimming with your fish-filled diet, consider making both climate action and mercury regulation a part of your agenda. “It’s important for regulators to know that if they’re not seeing as fast a decline [in mercury within food] as they expected, that’s not because regulation isn’t working,” co-author Amina Schartup told the Atlantic. “It would be worse if they hadn’t reduced emissions in the first place.”