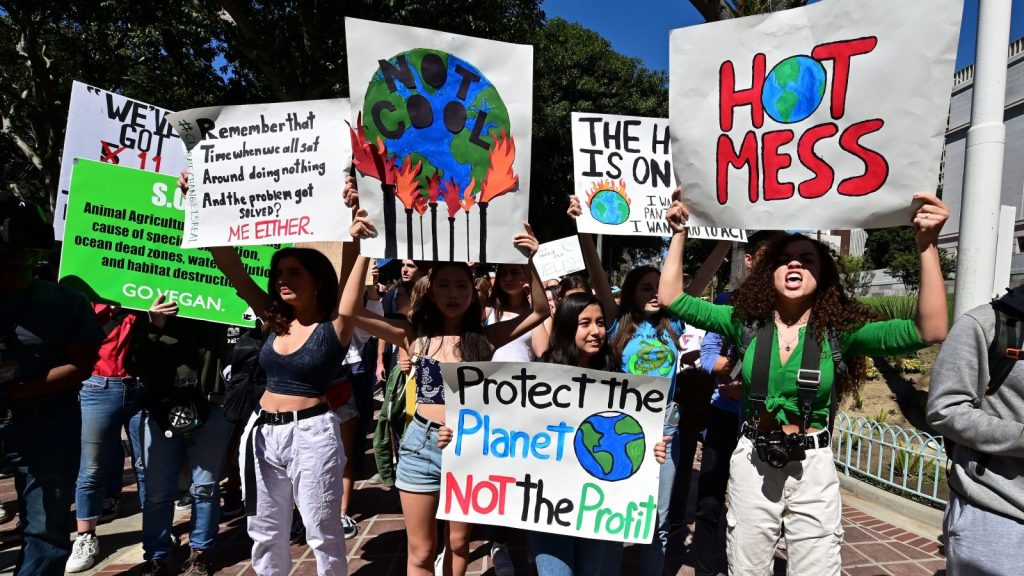 Surging concern among Americans about an overheating planet has done little to shift a political polarization that has now reached a stunning extreme: climate breakdown divides Democrats and Republicans even more than abortion does.

When voters were asked to rank topics important to them for the 2020 presidential election, conservative Republicans put global warming last out of 29 issues. Liberal Democrats placed the issue third, behind only environmental protection and healthcare.

This yawning gap in priorities between the two voting groups, highlighted in new Yale University data, is more stark than traditionally divisive topics such as abortion and gun control. Abortion ranks fifth and gun policies sit in seventh for conservative Republicans, with these issues coming in at number 13 and number seven, respectively, for progressive Democrats.

“Climate change is now more politically polarizing than any other issue in America,” said Anthony Leiserowitz, director of the Yale program on climate change communication. “The issue has climbed and climbed in importance for the Democratic base since the 2016 presidential election to the point that it’s now a top-tier concern. We have never seen that in American politics before.

“And yet it’s dead last for conservative Republicans. The issue has flatlined for them over the past five years. In the U.S., your political party is the greatest indicator to your view on climate change — more than race, age, or gender.”

This growing alarm within Democratic ranks has already stirred the party’s presidential candidates, with contenders such as Elizabeth Warren and Beto O’Rourke releasing policies to slash planet-warming emissions and one hopeful, the Washington governor, Jay Inslee, running solely on the issue of the climate emergency. Joe Biden, the early frontrunner for the nomination, has been put under pressure over his lack of a climate plan to date.

It remains to be seen whether climate will fizzle out as a topic once a Democrat emerges to challenge Donald Trump, who has engaged in conspiracy theories about climate science and sought to dismantle regulations aimed at lowering emissions.

But polling does show the overall American electorate is now more alarmed about the climate crisis than ever before, with Yale’s latest survey finding that nearly four in 10 of all voters consider global heating policies as very important when choosing a candidate. This total includes 64 percent of all Democrats, a third of independents and 12 percent of Republicans.

“The crystal ball is cloudy because politics has entered an era of chaos,” said Leiserowitz. “But it’s safe to say climate will be important in the Democratic primaries and then you won’t hear much about it beyond that. The differences with Donald Trump will be enormous, whoever the candidate is.”

The two major parties in U.S. politics experienced a major split over climate breakdown a decade ago, when the Tea Party helped drive a rightward shift among Republicans and candidates started to routinely dismiss mainstream science, aided by fossil fuel-funded groups that aimed to spread misinformation.

This scenario has helped scupper any sweeping federal action on climate breakdown, although some Republicans are now modifying their position in the face of growing public concern over dire scientific warnings and a string of punishing wildfires, storms, and flooding.

Voters are prepared to back rapid action, too. Nearly 7 in 10 Americans support the Green New Deal, a set of goals to radically reduce emissions, the Yale polling finds. This total includes 44 percent of Republicans, although this number has dropped sharply in recent months.

“Alexandria Ocasio-Cortez (the New York representative behind the plan) has been turned into the boogeyman by Fox News, but if my party wants to win back the House it needs an alternative to the Green New Deal,” said Bob Inglis, a former Republican representative who now runs a group advocating conservative climate solutions.

“Republicans in competitive districts are starting to think: ‘Gee, we need to push away from the president on this issue.’ We are starting to see new talking points from Republicans where they talk about realistic solutions to climate change. It’s a huge change from where we’ve disastrously been for the last decade.”

Inglis said a shift among grassroots Republicans will be enough to convince about a dozen of the party’s lawmakers to back a tax on carbon dioxide emissions after the next election. “A price on carbon is rock-solid conservatism that is, wonderfully, also shared by many progressives,” he said. “But we’ve got a long way to go yet.”

Reaching out to conservatives on climate change remains a conundrum for activists and scientists. But there are now clearer avenues to talk about renewable energy, such as solar and wind, as well as adaptions to climate-related disasters, according to Katharine Hayhoe, a climate scientist at Texas Tech University.

“There’s nothing about the thermometer that gives you a different answer depending on who you vote for,” she said. “I’ve had many conservative groups say to me ‘Hey, it does look like something is happening, how do we prepare for this?’

“The whole idea we can do this without everyone has fallen flat on its face; the Australian election is the latest example of this. But we’ve been doing it ass backwards by trying to get people to accept the science first.

“We don’t have to agree on humans being to blame to agree on the importance on building resilience and weaning ourselves off fossil fuels. There are strong arguments for doing those things anyway.”