Are Republicans going in a more extreme, inflexible direction on climate change under Donald Trump?

The new results from Gallup’s 2018 March survey on American attitudes on global warming suggest he might be having a polarizing effect.

Gallup has conducted annual surveys on American opinion on global warming for at least 20 years. Year-to-year, there isn’t much change in what Americans think, with majorities saying global warming is occurring and a result of human activity. But after two years of steadily increasing majorities, averages are slightly down in most categories, most likely because attitudes towards climate change have only become more politically polarized after Trump took office. 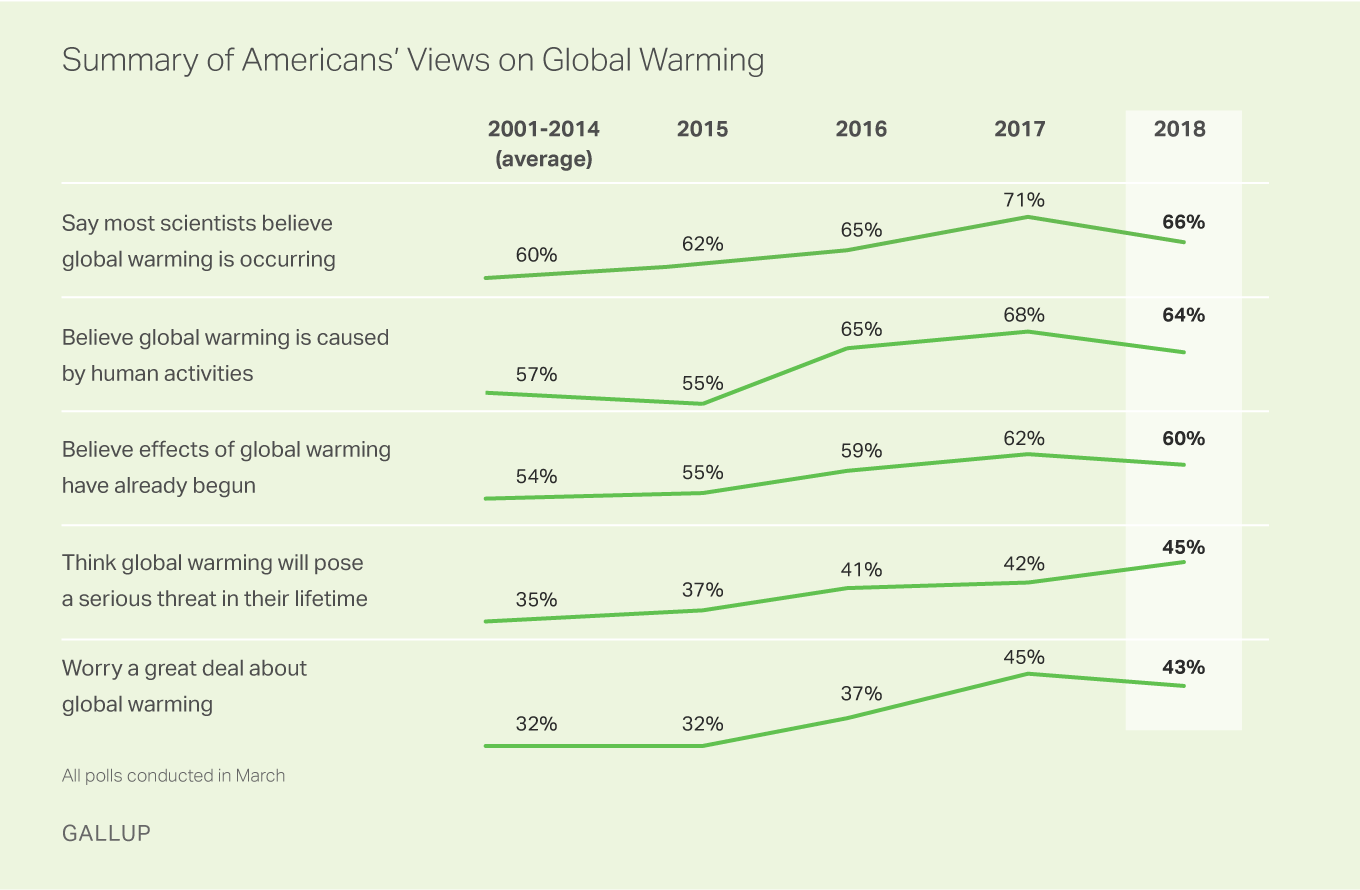 According to Gallup, compared to last year, in 2018 Republicans are slightly more likely to think the seriousness of the issue is exaggerated (up 3 points). Fewer say scientists agree global warming is occurring (down by 11 points to 42 percent) and are a result of human activity (down 5 points to 35 percent). These aren’t huge swings, but perhaps a sign that rank-and-file voters have taken their cues from party leaders: Trump has insisted that climate change is a hoax, and he’s spent the past year undermining trust in the media and repeating false claims about the global Paris climate agreement. He tweeted this winter:

In the East, it could be the COLDEST New Year’s Eve on record. Perhaps we could use a little bit of that good old Global Warming that our Country, but not other countries, was going to pay TRILLIONS OF DOLLARS to protect against. Bundle up!

A majority of independents agree global warming is occurring and that they’re seeing the effects, but their numbers are also slightly down from a year ago, and may account for some of the overall drop.

Meanwhile, Democratic leaders have grown more comfortable talking about the effects climate change. They are more likely to say they’re already seeing the effects of global warming (a jump of 9 points to 82 percent in 2018), and more Democrats (67 percent) than in the past believe this is a serious threat in their lifetimes. Fewer Democrats believe news on climate change is exaggerated.

Another way to gauge how views on global warming have shifted the past 20 years is by looking at the three groups Gallup refers to as “the concerned believers,” “mixed middle,” and “cool skeptics.” The number of people in the mixed middle, meaning people who agree global warming is occurring but are unsure it poses a serious threat in their lifetimes, has dropped significantly since 2001, as public awareness and the science have advanced. The “cool skeptics,” which includes people who think climate change is a natural phenomenon without human influence, has remained more or less consistent. 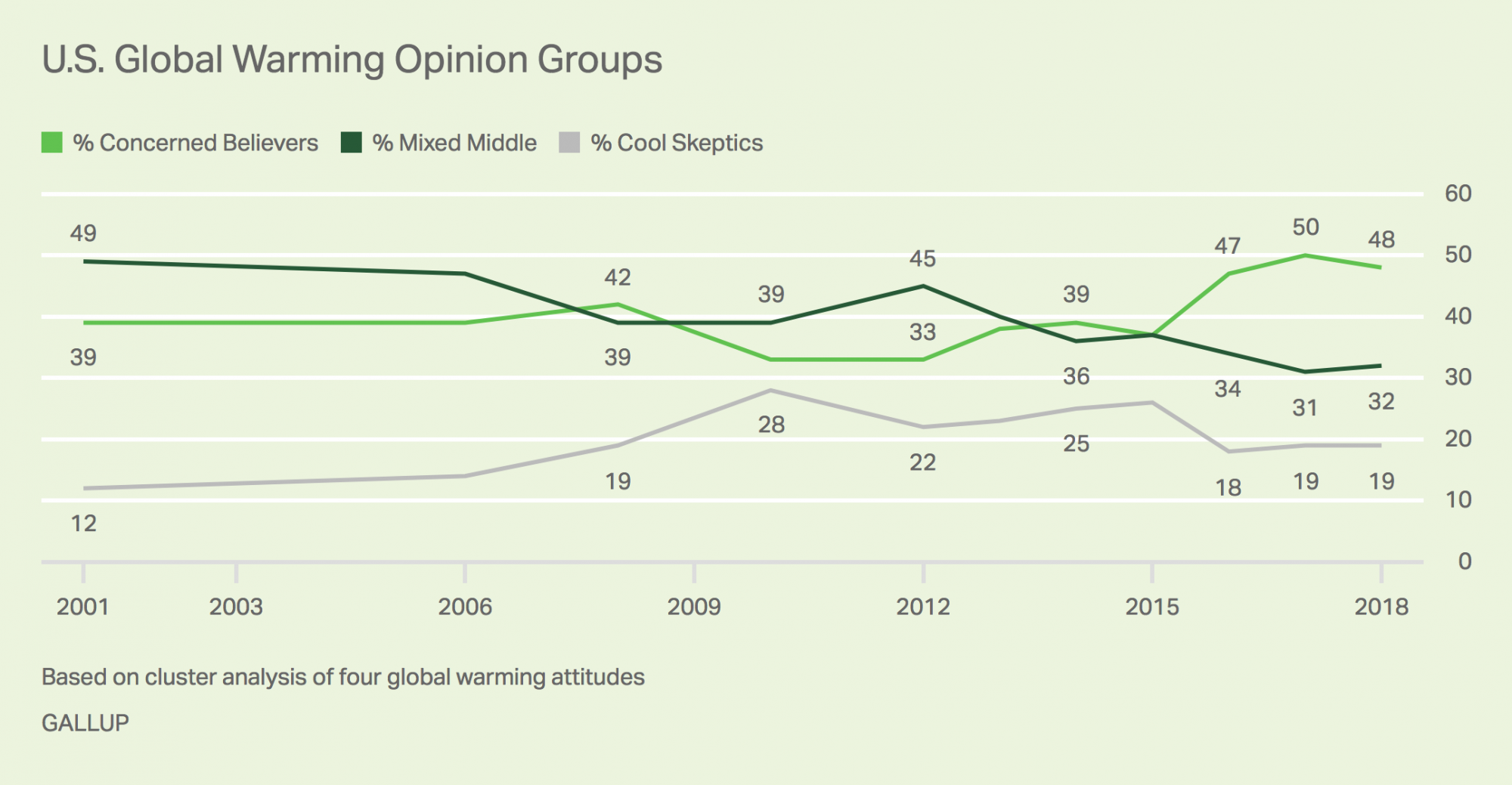 To see real movement in climate change partisanship, the country probably needs to see more of a shift in that “mixed middle” category. With Republican climate change skepticism calcifying in the Trump era, there’s a long way to go.