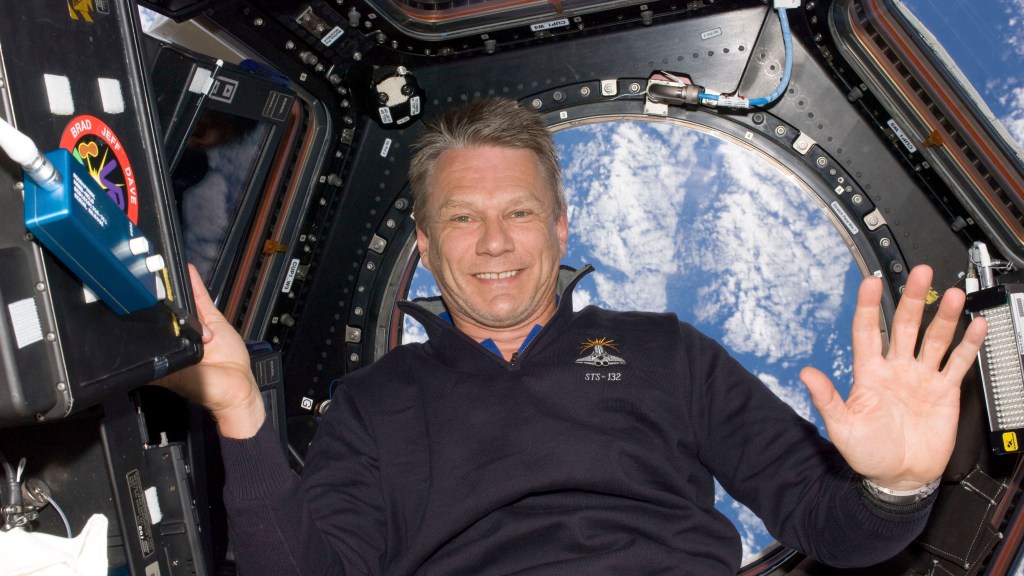 Readers of The New York Times were treated to a deeply touching essay this week by Piers Sellers, a NASA astronaut and climate scientist who was recently diagnosed with Stage 4 pancreatic cancer. Sellers wrote:

This diagnosis puts me in an interesting position. I’ve spent much of my professional life thinking about the science of climate change, which is best viewed through a multidecadal lens. At some level I was sure that, even at my present age of 60, I would live to see the most critical part of the problem, and its possible solutions, play out in my lifetime. Now that my personal horizon has been steeply foreshortened, I was forced to decide how to spend my remaining time. Was continuing to think about climate change worth the bother?

After handling the immediate business associated with the medical news — informing family, friends, work; tidying up some finances; putting out stacks of unread New York Times Book Reviews to recycle; and throwing a large “Limited Edition” holiday party, complete with butlers, I had some time to sit at my kitchen table and draw up the bucket list.

Sellers concludes that his bucket list needn’t include scaling Everest or visiting remote beaches. Rather, he decided that he’d spend the remainder of his time on Earth doing what he’s always done: enjoying time with loved ones, and working.

During his career at NASA, Sellers was a part of three space shuttle missions. He logged almost 600 hours in space, and walked in space six times, more than 220 miles above the planet. He saw, he writes, “hurricanes cartwheel across oceans, the Amazon snake its way to the sea through a brilliant green carpet of forest, and gigantic nighttime thunderstorms flash and flare for hundreds of miles along the Equator.” He also studied climate change, and it’s that task Sellers feels is imperative to continue, even in the face of his own death. “From this God’s-eye-view,” he wrote, “I saw how fragile and infinitely precious the Earth is.” And so, he concludes, “I’m going to work tomorrow.”

It’s an admirable way to spend your final months — one that few of us, I imagine, would choose if faced with terminal cancer.

And yet, it took no time at all for the climate change deniers to start attacking Sellers, as ThinkProgress points out.

James Delingpole — author of such illuminating articles as “Paris Climate Talks Are Doomed Because China Knows ‘Climate Change’ Is A Hoax” — wrote a post on Breitbart with the ridiculous headline “NASA Chief: Global Warming Is Real Because I Have Cancer”:

A senior scientist at NASA has announced in the New York Times that he has terminal cancer. This is sad.

What’s sadder, though, is that he has chosen to exploit his personal tragedy for the purposes of promoting climate change alarmism.

Delingpole goes on, arguing that “Sellers’ cancer says no more about the validity of global warming theory than Einstein’s having shagged Marilyn Monroe says about the validity of his theory of relativity.” Though I commend Delingpole for the creative metaphor, his logic is absurd: Sellers isn’t saying that climate change has anything to do with his cancer. He’s simply reflecting on his own life studying climate change — something that most of the world and every scientist worth his or her PhD agrees is an ongoing and human-made phenomenon.

Delingpole isn’t alone. Marc Morano, executive director of ClimateDepot, a thinly veiled propaganda arm of the fossil fuel industry, also wrote a post mocking Sellers. It quotes another post, this one by Lubos Motl, a physicist and fellow climate denier, who marvels at Sellers’ “focus on irrelevant stupidities.” Motl writes:

Sellers’ text is so unbelievably detached from “what you would expect to be important” that I could imagine that it was – and who know, maybe even his disease was – masterminded by the climate alarmist sect in order to create a moral symbol. Maybe the true believers have gathered and picked a martyr who will strengthen the idea that the climate alarmists aren’t just a bunch of dishonest parasitic hypocritical crackpots and scum but that they also include many believers who are ready to place their totally irrational faith above their own lives.

Motl’s grasp of grammar seems to be about as firm as his grasp of climate science.

Sellers, despite his prognosis, is optimistic about the future. “Last year may also be seen in hindsight as the year of the Death of Denial,” he wrote in the Times. “Globally speaking, most policy makers now trust the scientific evidence and predictions, even as they grapple with ways to respond to the problem. And most Americans — 70 percent, according to a recent Monmouth University poll — believe that the climate is changing. So perhaps now we can move on to the really hard part of this whole business.”

And the hard part, as most of the world knows, is actually fixing it.