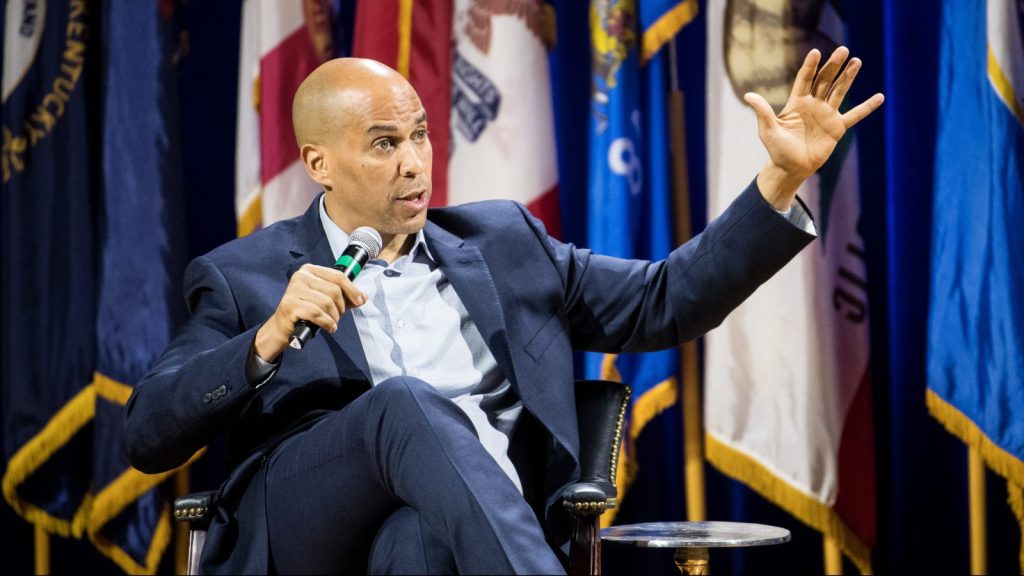 Sean Rayford / Getty Images
a first for everything

Several Democratic 2020 candidates appeared on Friday in Orangeburg, South Carolina, to attend a historic event: the first-ever Presidential Forum on Environmental Justice. Moderated by former Environmental Protection Agency official and current National Wildlife Federation Vice President Mustafa Santiago Ali, as well as Democracy Now! host Amy Goodman, the forum addressed an issue that’s new to the presidential primary circuit but has for decades been a chief concern for people of color and frontline and low-income communities across the United States.

What is environmental justice? Ali defined the term for the audience gathered at an auditorium on the campus of the historically black college South Carolina State University by flipping it on its head. Environmental injustice and environmental racism, he said, are caused by regulations and policies that negatively affect the nation’s minorities and poor — in this case putting them more at risk from pollution or the impacts of climate change. To achieve environmental justice would be to craft policy with the explicit intent of protecting those communities.

Many of the Democratic candidates have said they intend to do just that, if they take over for Donald Trump as president. But only six of them showed up on Friday to tell voters how they aim to make good on that promise: Tom Steyer, Elizabeth Warren, Cory Booker, John Delaney, Joe Sestak, and Marianne Williamson. Of those six, Booker and Steyer were the most nimble on their feet when discussing the topic of the day — a testament to the fact that they both have long histories of working with either climate groups or grassroots environmental activists (or both).

Notably absent from the stage was Vermont Senator Bernie Sanders, who was preparing for a climate change-themed summit with Representative Alexandria Ocasio-Cortez in Iowa on Saturday. In the wake of Washington Governor Jay Inslee’s departure from the primary race, Sanders, wielding a multi-trillion dollar climate plan he’s calling the “Green New Deal,” has positioned himself as the field’s climate hawk. And according to Vox, the Sanders campaign is making climate action a central component of its strategy in Iowa in the lead up to the state’s caucuses early next year. It’s a big bet on recent polls that show primary state Democrats consider climate change a top issue.

The environmental justice forum in South Carolina was hosted by the National Black Caucus of State Legislators. (Editor’s note: Grist was one of the forum’s media sponsors.) And it was notable, not only for the being the first-of-its-kind event, but also for showing that if Bernie Sanders is the race’s new climate candidate, Cory Booker is its environmental justice candidate.

Booker took the stage following the evening’s undisputed headliner, Elizabeth Warren — the only frontrunner to make the trip to Orangeburg. The New Jersey senator, who has discussed these issues going back to his time as mayor of Newark, New Jersey, had no trouble distinguishing himself from his Massachusetts colleague. While Warren pledged a trillion dollars, as part of a $3-trillion climate plan, toward picking up the communities who find themselves facing the brunt of environmental injustice, the candidate with a plan for seemingly everything offered few specifics.

Booker, in contrast, spoke at length about pollution from pig farms in Duplin County, North Carolina, toxic coal ash in Uniontown, Alabama, and cancer clusters between Baton Rouge and New Orleans in Louisiana. Environmental racism, he said, is a “shameful reality in America.” He discussed his proposal to replace all lead service lines in the country, in order to help avoid the water crises that have gripped Flint, Michigan, and his hometown, Newark. When Goodman asked the Jersey senator to defend his support of nuclear energy,  he did so  along environmental justice lines, saying, “The damage done to poor and vulnerable communities is significantly worse from climate change than from nuclear waste.”

Unfortunately, the 2020 contenders may not get another opportunity to discuss the topic this election cycle. After all, environmental justice has only been discussed, briefly, at one presidential debate, thanks to prodding from, Marianne Williamson, who has failed to qualify for the past two debates. And despite multiple requests from candidates, the Democratic National Committee said it will not host a debate on climate change.

Williamson told Grist she was impressed by what her fellow presidential hopefuls said at the forum. “When it comes to actual policies,” she said, “none of us are all that different from each other. We all get it.” At the very least, she added, the policies discussed at Friday’s forum would be a “complete reversal of the level of entrenched environmental injustice that is endemic to the agenda of the current administration.”