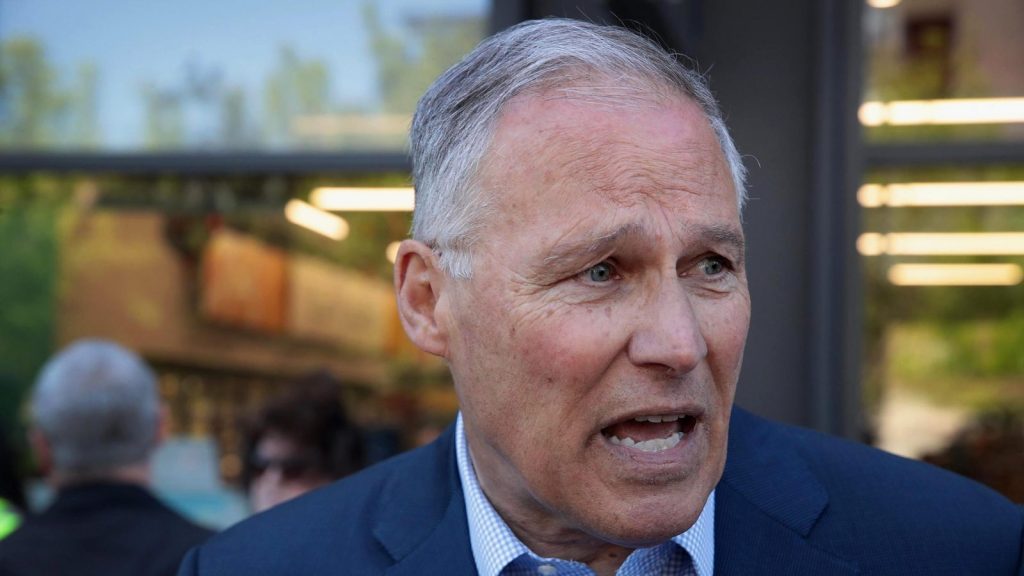 Washington Governor Jay Inslee wants the Democratic National Committee to host a climate change-themed debate. Apparently, so do nearly a half-dozen of the other 22 Democrats who have thrown their hats into the 2020 race.

Despite mounting pressure from candidates and activists alike, Inslee’s campaign said the DNC informed it on Wednesday that a climate-focused debate had relatively the same survival outlook as the U.N. recently gave a million of the earth’s species. Basically: Poor.

Not only did the the party’s leadership say there will be no climate debate, the Washington governor said in a statement that he was told that if he participates in any non-DNC-affiliated debate, he would not be invited to future debates held by the committee.

Inslee expressed his disappointment with the DNC during an appearance Wednesday night on the CNN show Erin Burnett OutFront. “The grassroots of our party are demanding that we pay attention to this existential threat,” the governor said. “It’s outrageous to me to muzzle candidates who want to go out and have this debate. And I will tell them that what I’m hearing across the country is Democrats are insistent that we call the candidates to a higher plane of discussion of this, which was ignored for the last 20 to 30 years.”

Presidential candidate Jay Inslee calls the DNC's decision to not hold a debate on climate change "extremely disappointing."
Of the DNC barring candidates from participating in other debates, Inslee says "it is totally unacceptable…to muzzle candidates."https://t.co/l1w8hl5iS8 pic.twitter.com/uIYtGvC34X

The Sunrise Movement, a mostly youth-led group of environmental activists, called the DNC’s decision outrageous. “Almost every major candidate has supported the call for a Climate Debate,” Varshini Prakash, Sunrise co-founder, said in a statement to Grist. “It is an outrage to not only deny the American people an opportunity for a real debate on the greatest existential threat of our time, but threaten any candidates who participate in a climate debate.”

The organization is planning a climate-themed protest at the second Democratic primary debate in Detroit this July. It wants to clearly show that young people care about this issue and that older generations need to get on board. “This is exactly why we’re assembling in Detroit by the thousands this summer,” Prakash said in her statement. “The political and media establishment have spent our entire lives not taking this crisis seriously.”

In a statement to the Daily Beast, DNC Communications Director Xochitl Hinojosa laid out the party’s case: “While climate change is at the top of our list, the DNC will not be holding entire debates on a single issue area because we want to make sure voters have the ability to hear from candidates on dozens of issues of importance to American voters.” Hinojosa added that climate change should have been a bigger issue during the 2016 cycle.

Well, we can’t argue with that. Donald Trump and Hillary Clinton spent fewer than six minutes discussing the issue during their three presidential debates in 2016. No wonder Inslee, the so-called “climate candidate,” wants a climate-focused debate! If 2016 trends repeat, he’ll only get a few minutes to get his main message out to voters.

“I hope the aspirants to this office join me,” Inslee told CNN’s Burnett, “to ask the DNC to reconsider this. America deserves this. Our party deserves this. We are the Democratic Party. We believe in democracy.”