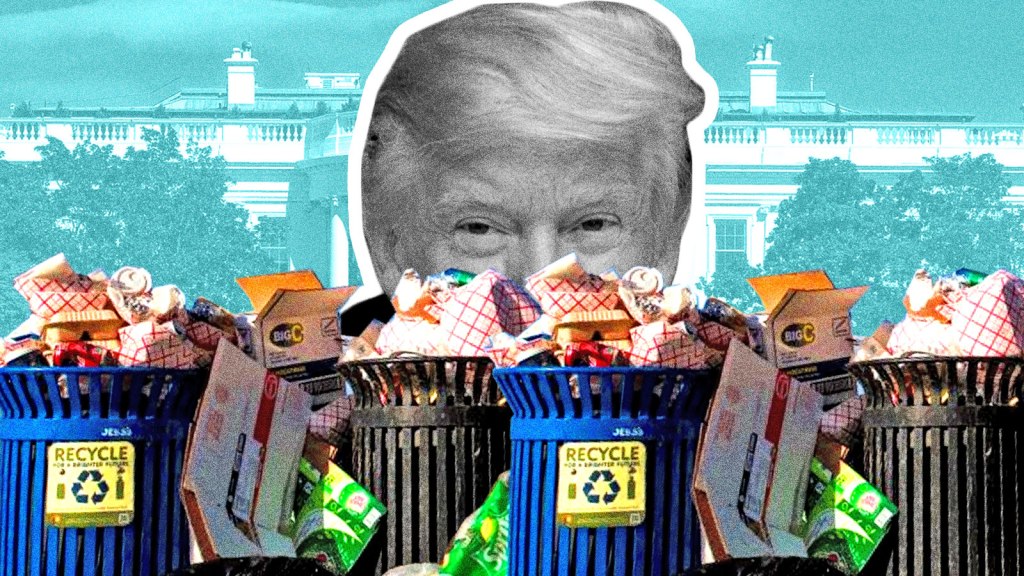 The U.S. government has been partially shut down for 18 days and counting. Thousands of government employees are going without paychecks, the IRS is in chaos, and the national parks are filling up with human excrement and trash. President Trump says he’s prepared to play this shutdown game for months or years, but a couple of folks in Congress have had enough.

Representatives Jackie Speier and Jared Huffman, two Democrats from California, delivered a blue bin full of garbage collected from national parks to the White House on Tuesday afternoon. It was labeled “Trump Trash.”

The two representatives participated in a cleanup effort in national parks in the San Francisco area last weekend. “Let it never be said that I didn’t give anything to Donald Trump,” Huffman said in a live-streamed video in front of the White House, “because today I am bringing boxes of trash from that rainy Saturday in San Francisco to provide a reality check to the president.”

“There is no reason for this shutdown,” Speier said, thumping the top of a box of garbage for effect. Watch the video to catch Huffman joking that there might soon be enough trash to build that wall Trump wants so badly.

Trump is expected to deliver an address about immigration and the shutdown on Tuesday evening, but Huffman thinks that’s unnecessary. “We don’t need a nationally televised address from the White House to solve this problem tonight,” he said. “What we need is President Trump to wake up and smell the coffee cups and the diapers and burrito wrappers and the trash that is piling up.”