Do you have to travel the world to know what poverty is? 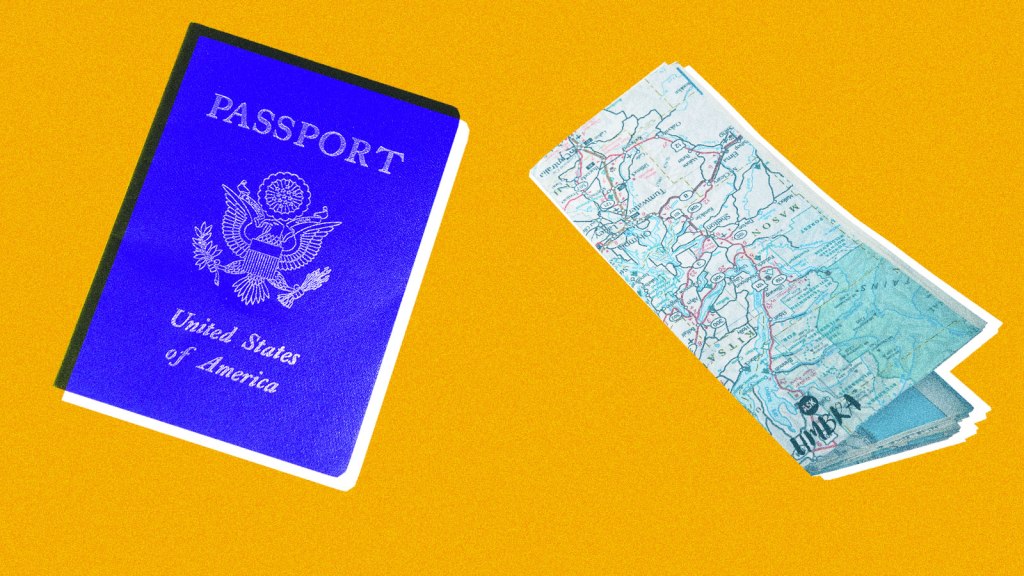 Do you have to travel the world to know what poverty is?

People say that travel to less developed countries is good because we see how poor people live in other cultures. Can’t we do that here?

— Every Moral Path Arcs Toward Home

There is, without question, poverty in countries outside of the United States that is very different from what we see here. But is observing extreme poverty the reason that people say travel is good? Because I have to say that I don’t think that’s why the vast majority of people travel. Nor do I think that “poverty tourism” is … productive.

What you’re referring to may be a rationale that some people provide for their travel: “This carbon-intensive plane trip is worthwhile, because I’m understanding the world’s problems better, and that will improve the world in some way.”

Let’s call this hypothetical traveler “Georgette.” Even for the millions of tourists who travel simply to get outside of the normal boundaries of their own lives, no grander purpose claimed, it’s possible to experience simultaneous delight and distress about your surroundings. Georgette knows that the bliss of a warm, white-sand beach can exist alongside a truck full of armed paramilitaries. She can marvel at a Buddhist temple while being heartbroken by children begging on its steps.

But having experienced those complicated feelings, does Georgette really understand something fundamental about the lives of those children, or the people who live every day in fear of those paramilitaries — or even the paramilitaries themselves? Put another way: What tangible good did it do for Georgette to “see” the people who live that way of life? She goes home, and their lives don’t change.

(Obviously, we have to acknowledge that tourism is a valuable or even critical source of income for people in many developing countries, but that doesn’t mean travel serves a moral purpose, or that tourism is the best way to get economic resources to the Global South.)

Georgette might make major changes to her life after her trip. She could go on to found a wildly successful NGO with a much-lauded methodology for addressing poverty in the developing world. Or, Georgette could be a billionaire heiress who is inspired to devote the entirety of her vast fortune to alleviating poverty.

We have to admit that these are notably rare outcomes of the average trip to, say, Indonesia. I think that the likeliest outcome is that Georgette’s experience will be valuable to her own sense of her place in the world, but not yield much — if any — meaningful change for others.

But this is all almost beside the point, because I don’t believe that everything you do has to be some grand altruistic exercise. Sometimes people just need to be, or to rest, or to observe and think, and travel is a pretty good way to do all that. Georgette doesn’t have to invent a grander purpose for a vacation! (Though there are ways to limit her vacation’s carbon footprint.)

The more complicated element of your question is the assumed importance of “see[ing] how poor people live in other cultures.” “You can take a tour of the U.S.; you don’t need a passport,” says Tom Hirschl, a Cornell sociologist who studies social stratification. “Most people understand poverty as a problem of urban neighborhoods, which is an aspect of poverty in the U.S. But there also is rural poverty, and if you go to rural areas, you are in some ways going to another country.”

Hirschl notes that there are communities all across the U.S. that live in very impoverished circumstances with very different cultures from what’s considered “the norm”: colonias around the Mexico-Texas border, Native American reservations, the plantation belt of the South, “hollers” in central Appalachia.

There is no dearth of research on poverty in the United States, so let’s look at some statistics. By one estimate, as much as 4 percent of the U.S. population lives below the global poverty level of $2 per day, which is a rate comparable to Thailand’s. By another estimate — defining poverty as the inability to take care of survival needs — it’s closer to 0 percent. We have social welfare institutions, like public housing and food stamps, that don’t exist in many developing countries, so the poorest Americans can meet the absolute bare minimum of survival. (However, the services that such institutions offer in the U.S. are inferior to those in almost every other wealthy country.)

Do you understand poverty better from those numbers? Statistics can be valuable because they enable comparisons: This person is living with this much less than I am. But, just as you don’t really understand someone else’s life by visiting where they live, nor do you really understand it by quantitatively comparing it to your own.

A qualitative fact about poverty — which has been conveyed over and over again through sociological and psychological studies, first-person accounts, and journalistic works — is that it removes a person’s sense of agency. And especially in a country like the United States, with so much wealth and cultural focus on wealth, it also ostracizes and isolates. These facts, I think, are fairly easy for a reasonably empathetic person to understand. Every human fears losing control and feeling left out.

Obviously, awareness and understanding of poverty are important — but only as prerequisites for action. Awareness can spur you to take useful steps like donating money or time to reputable organizations that provide job opportunities, education, shelter, and food in impoverished areas, or voting for candidates who support reforming our poverty-trap health and housing systems.

But do you really need to gawk at people with difficult lives to believe that they are suffering, and to want to help alleviate their suffering? Why do you need to see them with your own eyes? My perhaps ungenerous assessment is that the urge to bear literal witness to adversity is a symptom of either spiritual aimlessness or a savior complex.

There are so, so many useless things on the internet, but one useful thing it offers in abundance is rigorous journalism about the causes, circumstances, and complications of poverty. If there is a reader of this column who thinks that he isn’t “aware” enough of poverty as an issue to meaningfully help address it — with money, time, or political action — then I’d recommend that he start his awareness journey with a Google News search, not a soul-searching vacation.