My parents love to travel. How do I get them to stop? 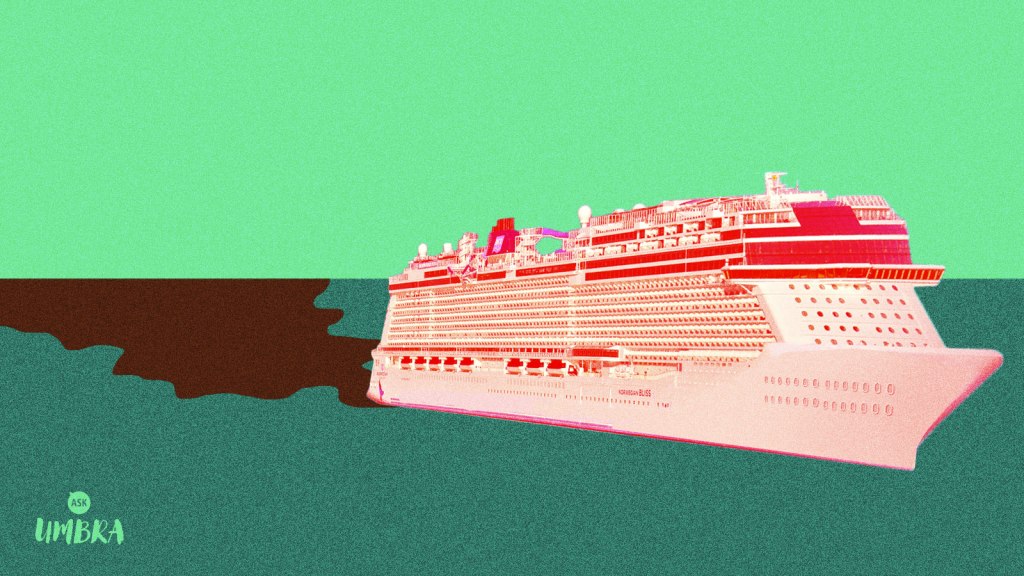 This Be The Verse

My parents love to travel. How do I get them to stop?

My parents fly and go on cruises multiple times a year. How do I persuade them to stop enjoying a pastime they feel they’ve earned?

You’re in a position that many adult children of now- or soon-to-be retired parents will find hand-wringingly relatable. As with most aspects of the current climate catastrophe, you can blame American culture for your parents’ position: You work and work and work for decades, and you’re told that you can enjoy your time and money once your obligations settle down. Your kids are grown, your time is less regimented, you’re free to do what you like. You plan to spend those blissful, open years “seeing the world” — a week lounging in cafés in Florence, another on the beach in Tel Aviv.

But all of a sudden, the thing you spent decades fantasizing about as a reward for your time toiling in some cubicle is morally at odds with the well-being of future generations. Womp womp!

To productively answer your question, we need to address two conflicts. One has to do with the generational divide that climate change brings into such sharp relief; the other is about the challenge of trying to persuade someone to adopt your values.

I’m assuming your parents are part of the baby boomer generation, which gets a lot of blame for the climate disaster we’re in. In the most simplistic terms, the children of the 1950s and ‘60s ate up a huge part of our global carbon budget before anyone even knew what it was, and they mostly won’t be alive to see the consequences.

Certainly, there are many people in that generation who are directly to blame for that disaster: fossil fuel CEOs, certain legislators, and a good deal of banking executives, just for starters. But to demonize tens of millions of people for simply being alive at a pivotal time in climate action history feels … unproductive. Particularly if you’d like them to understand and adopt your values.

Because it’s your values, fundamentally, that make you cringe at the jetsetter lifestyle your parents have adopted. Travel is an upsettingly bad-for-the-climate activity. Flying is the most carbon-intensive way the average person can spend their time; so much so that the Swedes have developed the term flygskam, or flight shame, to describe the feeling of guilt that haunts most climate-aware people waiting in the boarding line.

Cruises are almost comically bad for the environment; they are a perfect encapsulation of the lifestyle that you would live if you wanted to accelerate climate change as quickly as possible. One analysis suggests that cruises emit 1,200 kilograms of carbon-dioxide equivalent per kilometer traveled, another that cruise travel is between three and four times as carbon-intensive as jet travel. That’s just looking at the carbon emissions from burning fuel; it doesn’t take into account the ecological impacts of sewage and food waste dumped freely into the ocean, nor the particulate pollution caused by that infamously dirty fuel. Your values, understandably, tell you that this profligate pollution is wrong.

The problem is that your values conflict with your parents’ values. Let’s say that your parents have been getting themselves through the drudgery of daily life with the eventual promise of these golden years of relaxation and exploration. That’s a life value: Work hard and make your money, and you’ll be rewarded with a life of leisure. To tell your parents “you did it all wrong” is just going to create rift and resentment.

But that doesn’t mean that you can’t help them redefine what the life of leisure looks like. Humans are programmed to adapt and change their expectations based on a shifting reality; some are nimbler at it than others, but it’s the whole way we’re able to able survive. I think the thing you can help your parents do is not give up the reward that they’ve planned for themselves after their long working lives, but just change it. The new reality, which you’re well-positioned to describe to your parents, is one that doesn’t accommodate frequent international leisure travel without some severe ethical quandaries.

The desire to travel internationally could come from any good place: a yearning to understand the world better, a curiosity about other cultures, an interest in the planet’s natural beauty. But here’s the thing: I’d place a safe bet that there are an astonishing number of things to see and learn and marvel at within driving or train-ing or non-cruise-sailing distance of your parents’ home.

I’ve been delighted and impressed by so many things that are within a few hours’ drive of anywhere I’ve lived — and no, that’s not just Seattle, which is renowned for its majestic surroundings of mountains and sea. When I lived in Chicago, I found the Indiana sand dunes and the countryside of Michigan to be stunning. In the dead of winter, the long, snowy stretch of dramatic tundra between Minneapolis and Bozeman left me awestruck. In Poughkeepsie, New York, there was the entire Hudson Valley and the Adirondacks across the river. Even the beach was within driving distance, the Long Island Sound warmer than most waters in the region. Around my hometown of Pittsburgh, the misty, verdant Appalachians that span the state are worth weeks of exploration, in my opinion.

I don’t think your parents are monsters for wanting to travel; to the contrary — I think it’s a far more respectable way to spend your leisure years than buying cars or big houses or fancy things. I do believe that you’d be within your rights as your parents’ child to share some of your concerns with them about the consequences of their travel, and to encourage them to put a little thought and creativity into crafting some closer-to-home vacations.

That said: Sometimes you don’t want to put thought and creativity into something! Sometimes the whole point of a reward is to avoid effort and work altogether! As much as I see all the awfulness of a cruise, I can appreciate that they plan every aspect of your day for weeks, and that sounds kind of dreamy.

In that vein, might I recommend this approach for your parents: You plan a super-nice and fascinating vacation reasonably near their home that they can undertake by car or train? You play travel agent, and they keep the carbon footprint of their trip smaller without having to put in extra work.

There’s novelty and fun and, dare I say, luxury to be had without boarding a plane. Or a cruise ship. But frankly, those mostly sound like hell.