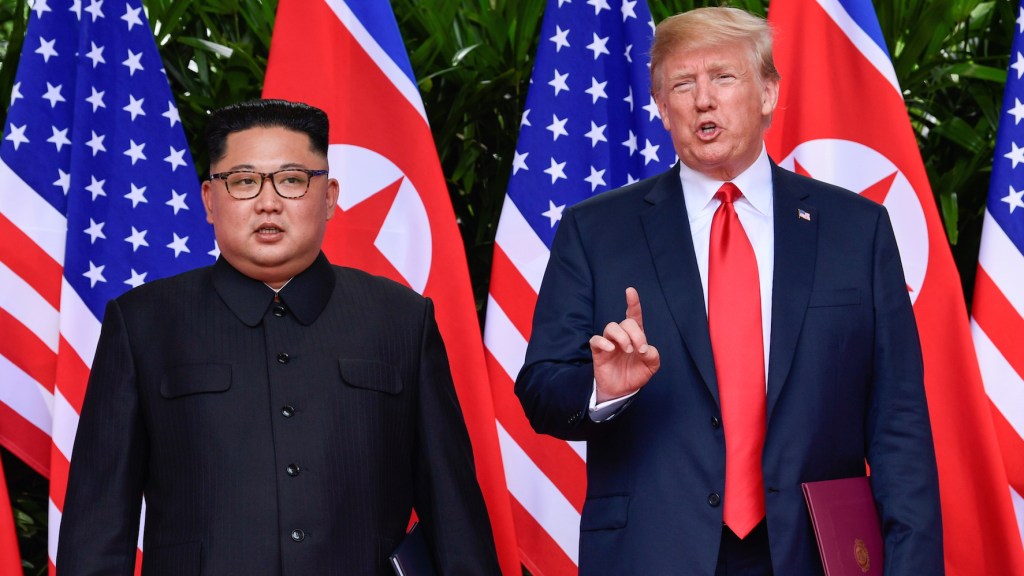 You might have heard that Donald Trump and Kim Jong-un had a strange, historic meeting this weekend in Singapore, leading pundits to furiously analyze a resulting joint statement for hints about the future of North Korean denuclearization and U.S. sanctions. But there was one overlooked issue that could have surprising consequences: the summit’s potential impact on the environment and climate change.

A thawing of relations between North Korea and the U.S. could open up opportunities for more research and environmental support. North Korea’s participation in the Paris climate agreement is at least partly due to a desire for access to the United Nations Framework Convention on Climate Change’s agricultural and energy know-how. And the U.S. summit could mark the start of more ecological and technical exchange with the “hermit kingdom.”

“North Korea has a direct existential reason for wanting to address issues of environmental degradation,” says Benjamin Habib, lecturer in international relations at La Trobe University in Melbourne, Australia. Since the mid-1990s, North Korea has endured decades of drought, flooding, and deforestation, at times pushing people in the famine-vulnerable nation to starvation.

Due to poor agricultural techniques and limited sources of fuel — some trucks in the country actually run on wood — North Korea has lost over 25 percent of its forest cover. And in 2016 alone, flooding from Typhoon Lionrock displaced tens of thousands of its citizens.

After Syria’s entry into the Paris agreement in late 2017, the U.S. remains the only country on Earth not in the climate accord. Even North Korea — with its prison camps, rogue nuclear testing, and authoritarian propaganda — has pledged to reduce its CO2 emissions to support global climate goals. Last June, North Korea’s Ministry of Foreign Affairs critiqued Trump for backing out of the agreement, calling it a “silly decision.”

Habib argues that the fight against deforestation can serve as a less-politicized common interest for North Korea, South Korea, and the U.S. to unite behind. “The political window of opportunity is now open for environmental capacity-building in a way that it wasn’t before,” he says.

Of course, the future of U.S./North Korea diplomacy is far from certain, thanks to two wildly unpredictable leaders. And North Korea is sitting on more than 100 billion tons of coal. If sanctions are lifted, those reserves could be sold on the world market, with deleterious effects for the global climate. (China used to buy coal from North Korea but suspended those imports last year over the country’s nuclear testing.)

But still, a meeting between two historically narcissistic world leaders might net a positive effect on environmental outcomes? We’ll take what we can get, 2018.